New England has an opportunity to take advantage of the impending fire sale in Carolina. 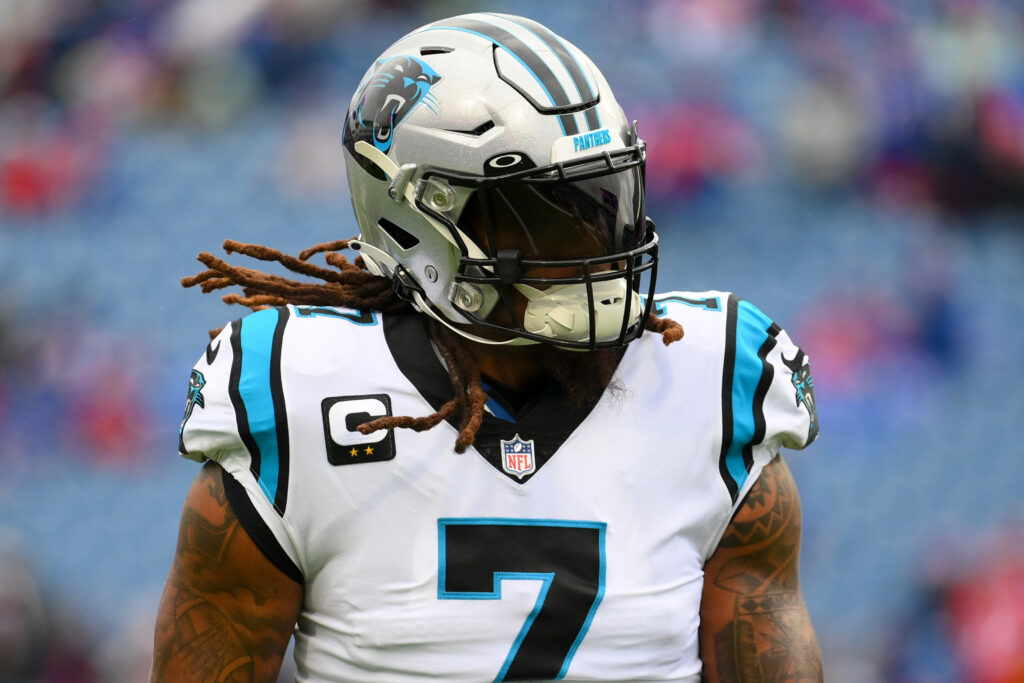 Through six weeks, the Carolina Panthers are arguably the worst team in football, they’ve fired their head coach, and are already looking forward to having the number one pick in the 2023 NFL Draft.

That means a boring end of the season for Carolina fans, and an immediate start to college scouting and a search for a new head coach for the Panthers front office.

But what does it mean for the rest of the NFL?

Well, according to multiple reports, the Panthers will listen to trade offers for many of their top players, including running back Christian McCaffrey.

I’m not here to speculate on if the Bills, Buccaneers, or Chiefs will sell the farm for the fourth year scat back – after all, we’re a Boston based media company here at CLNS… so how can the Patriots get involved?

Carolina is unwilling to trade defensive stars Derrick Brown and Brian Burns according to reports. However – they’ve already traded WR Robby Anderson to the Cardinals and will continue to field offers for others.

A guy who I think New England should be going after is linebacker Shaq Thompson. Before I get into the specifics on why, take a look at the skillset the eighth year linebacker brings to the table:

Thompson fits exactly what New England is trying to do from a defensive perspective – especially in 2022. First of all: he’s super versatile, playing the LB/safety hybrid position that the Patriots love. In New England, they call it the “joker”.

Second, the Patriots had a clear goal this offseason to get faster at linebacker. They decided to not resign Donta Hightower, traded for Mack Wilson, and have leaned on guys like Raekwon McMillian and Anfernee Jennings to take meaningful reps at the position.
This hasn’t gone completely according to plan – as Jahlani Tavai (who admittedly has played very well of late) is getting a lot of run at LB and they’ve brought in journeyman Jamie Collins, who isn’t known for his speed, to compete as well.
Bringing Shaq Thompson into the fold would effectively complete this “speed at LB” plan. As you can see from the clips above, he brings a perfect mix of size and speed to the football field. Something else that the Patriots would love? He has a cap hit of just $1.12 million for 2022.
If they’re going to bring anyone in from the Panthers team, Thompson clearly makes the most sense.