Three game props to take a look at ahead of Thursday night's Patriots vs. Vikings matchup. 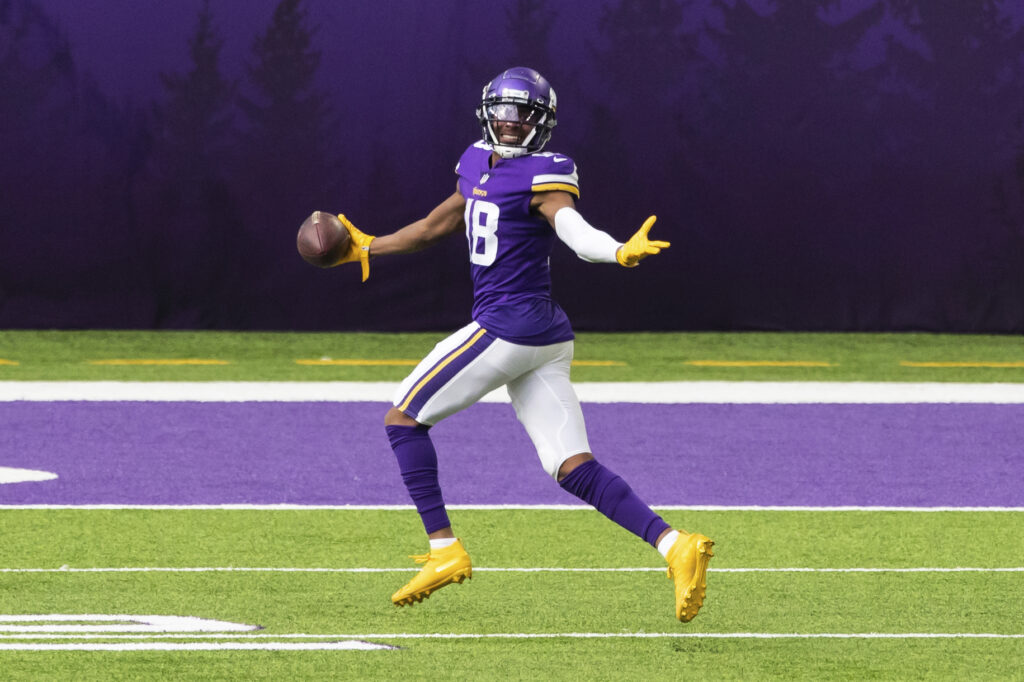 Thanksgiving Thursday is one of the best football days of the year. You get to eat dinner early, shove your face with as much dessert as you want, and watch three top-tier NFL football games for 10 hours straight.

You also get to bet on the games using our exclusive wagering partners at BetOnline.ag, who have the best game props listed for Thursday night’s Patriots vs. Vikings matchup. Here are three of my favorites with a pick for each:

The obvious answer here is a Vikings touchdown – and probably a Justin Jefferson touchdown at that.

We’re not here for obvious answer here, we’re here for deep dives! With the Patriots struggling mightily on offense aginst the Jets, they’ll be eager to score first on Thurday. They’ll also want Nick Folk to get his swagger back. Take NE Field Goal +340.

I have it in my game preview that I don’t think the Patriots will win this game. The Vikings will be hungry to win after being embarrassed by Dallas last weekend and will come out with a vengeance.

New England will, however, finally put some points on the board this weekend. They’ll find the endzone twice, Minnesota will three times, and OVER 4.5 touchdowns will hit.

Minnesota will be on their “A” game on Thursday after their embarrassing loss to Dallas last Sunday – and the Patriots offensive isn’t going to fix itself in just four days.

It’ll be close at the beginning, but the Vikings win this one handily in the end.