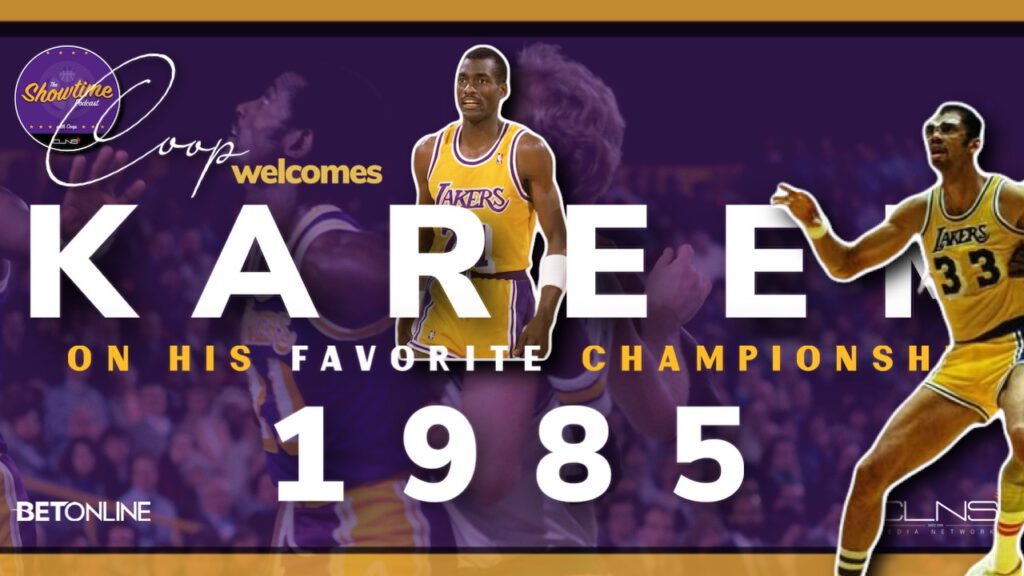 Kareem Abdul-Jabbar holds two pieces of satisfaction from his basketball career into his new life as a writer and activist. While he can’t touch the rim anymore, people still approach him with pure glee about feats he performed decades ago. He also beat the Boston Celtics that time.

“1985,” Kareem said with a flashing-white smile. “That was our year. We finally beat the Celtics.”

Abdul-Jabbar reminisced on all aspects of his former and new life with Michael Cooper on his new Showtime Podcast with CLNS Media. Cooper declared themselves senior citizens, touching every part of Kareem’s life prior.

While an eventual Lakers legend, Kareem crafted his personality during high school in Harlem by following Bill Russell’s lead and avoiding Wilt Chamberlain’s. He appreciated the chance to gain perspective from both angles of professional life.

“Even though I didn’t know Bill very well,” he said. “He was like a mentor to me in high school. I’m glad I got a chance to watch him play and learn from him about social activism, he was awesome in that sense.”

Russell eventually introduced Kareem to Jackie Robinson, Kareem converted to Islam in 1968 and boycotted Team USA in the Summer Olympics that year. On the court, between the Bucks and Lakers starting in 1975, he amassed a career that nearly touched four decades and set the NBA mark for all-time scoring.

Nothing during that stretch surpassed beating the Celtics in the Finals in 1985 for the first time in franchise history. He emphasized it being the only time an opposing team beat the Celtics to win a championship in the Boston Garden.

“The Lakers-Celtics thing was dead now … we went up there and whooped them in Boston Garden. They got to live with that forever,” he said. “That’s awesome. That made my career, it was that good to me. I enjoyed 1985, I’m still enjoying it.”

Between I Love LA and the cohesion of the team, Kareem reveled in that season, as opposed to the 1989 NBA Finals. Cooper and “KAB” remembered Byron Scott’s injury in practice. Hope remained after.

Once Magic Johnson went down in Game 2, Kareem remembered getting ready to call a cab. The Lakers knew they were finished, and so did Kareem. The Pistons swept them for the championship and Abdul-Jabbar retired after.

Stayed tuned for more from Michael Cooper on Showtime and his conversation with Kareem by subscribing here and listening to the full episode on Youtube.