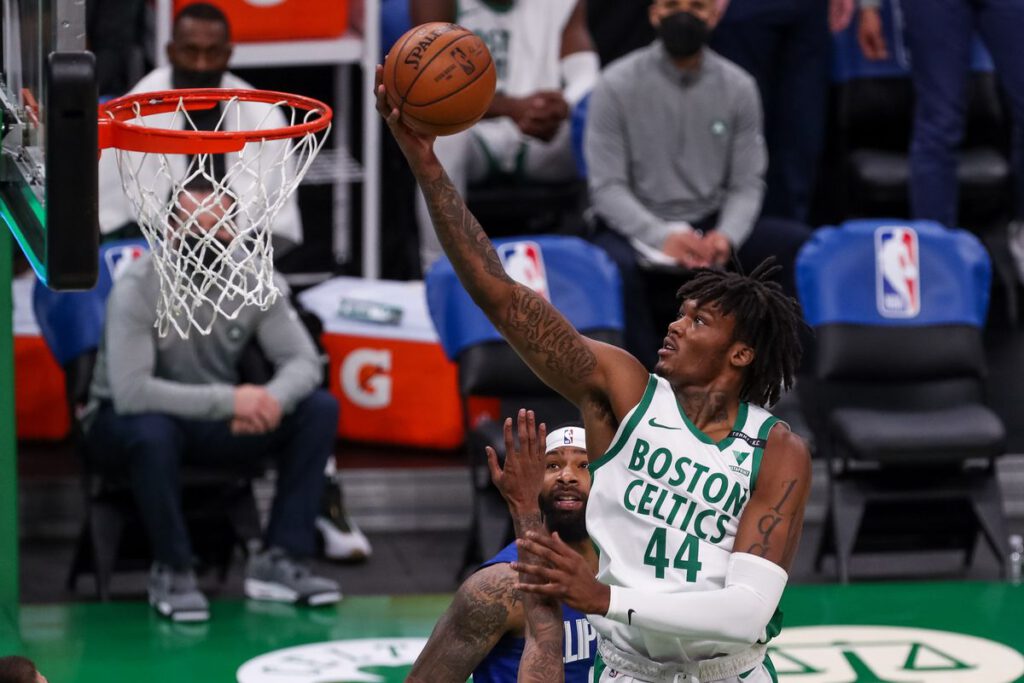 TD GARDEN — The Celtics grabbed their third consecutive win at TD Garden, Tuesday night as Boston improved its record to above the .500 plateau following its 117-112 victory over the Clippers.

Kemba Walker’s team-high 25 points, including some big shots towards the end of the game that led the charge down the stretch. Jaylen Brown added 18 points and Clippers All-Star Paul George scored a game-high 32.

The Celtics kicked off the final frame with an 8-3 run before making two key defensive stops on Clippers All-Star Paul George, who had a chance to pull Los Angeles to within one point, in the end, but came up short.

Getting off to a poor start in the final frame has been an ongoing issue for Celtics head coach Brad Stevens. However, the Celtics were very vocal against the Clippers and seemed more intuned on defensive than we’ve seen throughout most of the regular season.

Boston will have a chance to tack on one more win before the NBA All-Star break when they take on the Toronto Raptors, Thursday night.