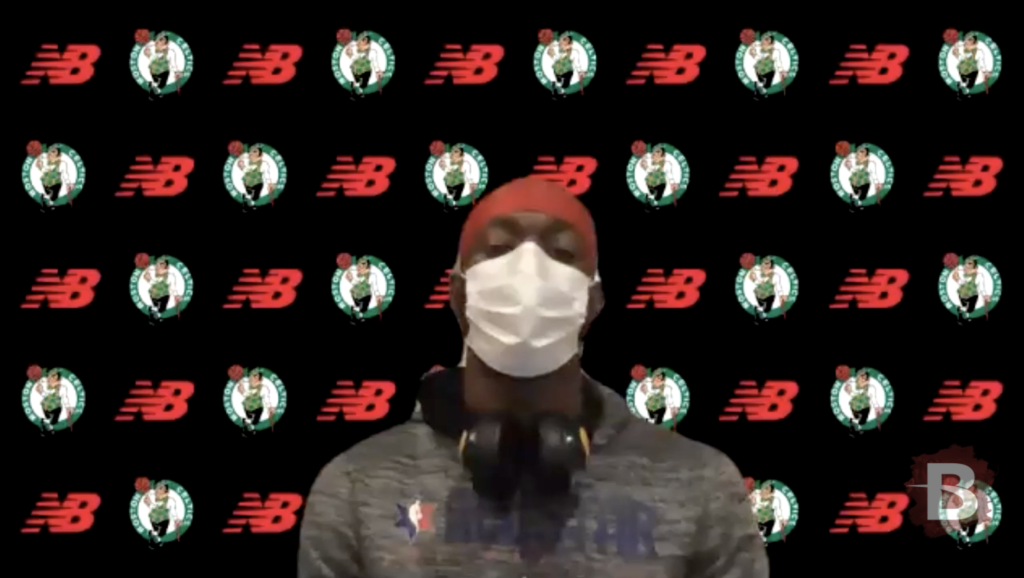 Kemba Walker is planning his all star break, and it won’t involve Atlanta.

Walker predicted he’ll be on vacation and sided with LeBron James in opposition to the NBA’s plan to host a single-day all star event in Atlanta on Mar. 7. Concerns about Atlanta’s open bar and club scene, with the New York Times still reporting 40 cases per 100,000 people in Fulton County, have driven opposition to the event. Walker, James, Carmelo Anthony and De’Aaron Fox — who called the idea stupid — spoke about it in recent days.

“I’m probably not going to be selected,” Walker said. “So I could care less.”

The NBA and NBPA have nonetheless talked for several weeks now and Adrian Wojnarowski reported they’re on the goal line of making it official, which is expected to be crossed by next week.

“Safety protocols — expected to include players arriving on Saturday and leaving on Sunday night under tight quarantines — are among the details still being ironed out,” Woj wrote. “The memo included details about All-Star break rules that will include no international travel, daily testing for players and a requirement to return to home markets no later than the second day before the team’s first game after the break, the memo said.”

The NBA believes with case numbers decreasing in Atlanta and around the NBA, it can safely move players into the city and out in one sweep. The last round of testing across the 30 teams between Jan. 27-Feb. 3 revealed zero new COVID cases. Without the typical weekend-long festivities upon arriving in the city, it hopes the trip is more like a road game in Cleveland than the latest rendition of Lou Williams visiting Magic City. Critics fear consolidating the most important players in the league could risk a crisis in the following weeks.

Teams continue to follow expanded restrictions on leaving hotels and what teams can do ahead of games. The NBA has postponed 24 games as it begins to find new dates and plan the unannounced second half of the schedule that’s now weeks away.

“I’m not very happy about it,” LeBron said on Thursday. “But it’s out of my hands. I’ll be there if I’m selected, I’ll be there physically but not mentally.”

James added the Lakers — already returning 71 days after winning the championship — had an understanding that Mar. 5-10 would be their break. The pandemic backdrop makes it worse.

He called it a “slap in the face.”

Brad Stevens responded more optimistically, saying he hopes the same emphasis on health placed so far throughout the season is displayed in Atlanta. There’s a reason they want to have it, he said. “I believe the NBA will find a way to do it safely.”

The reason is obvious. The NBA has already sacrificed 10 regular season games and almost all stadiums have gone without fans. Ratings dropped into the NBA Bubble and have picked up since. Last year’s All Star Game averaged over 7 million viewers — and one night that grabs the entirety of the basketball world’s attention can be the first for the league to announce it is back to the wider sports world following the end of the NFL calendar.

It’s not clear where the league would expect to place its postponed games, or whether they’ll move toward a winning percentage based seeding system like MLB did and let them slide. That’s unlikely given the NBA’s television agreement. With reports from Japan casting doubt over the 2021 Summer Olympics, scheduled to begin within days of the NBA Finals Game 7, it’s more likely the league extends the end of the season than squeezing 24 games into the second week of March.

The league moved up a Celtics-Wizards game from the second half to Feb. 14 as part of the beginning of its rescheduling efforts.