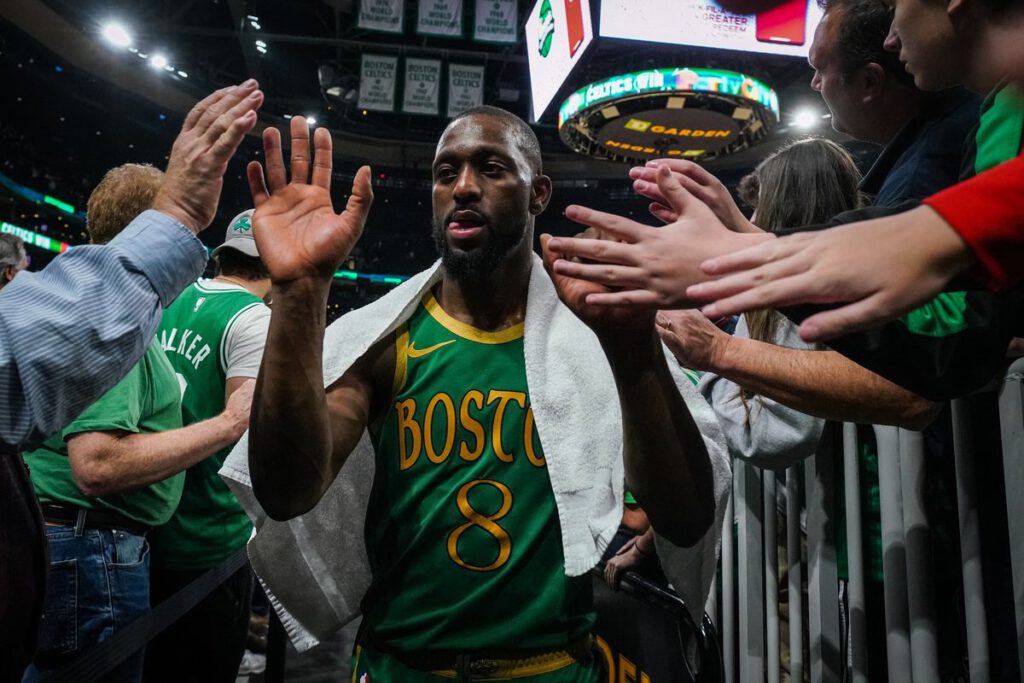 Celtics fans had plenty to cheer for Wednesday night at TD Garden as Kemba Walker made his return from his neck injury by turning in his best scoring performance of the season.

With Kyrie Irving ruled out, the Nets proved once again they could do well on their own. Brooklyn, winners of four straight before heading towards Boston, relied on its outside touch in the second quarter where they connected on 10-of-16 from behind the arc while outscoring the Celtics, 40-27.

And while the fans didn’t get to see the Walker vs Kyrie Irving matchup that they were hoping for, they still caught a great show on the eve of Thanksgiving. After playing 158 straight games prior to his neck injury, Kemba Walker returned with a vengeance as he reached 30 points midway through the third quarter before his supporting cast protected Boston’s five-point cushion and stretched it out to 12 in the final frame.

Jaylen Brown notched a double-double (22 points, 10 rebounds) while Walker added nine fourth-quarter points to his 39-point performance on 13-of-24 from the floor, including 6-of-10 from deep to go with his six rebounds and four assists.

He was spectacular, Walker danced around defenders with ease as he pulled up for contested threes that found the bottom of the net, attacked the rim and knocked down catch-and-shoot opportunities. For Celtics fans, it was a reminder of just how dominant its starting point guard can be when he’s feeling it and for the Nets it was the difference between a tightly-contested game and a double-digit defeat, especially after their impressive second-quarter shooting performance.

“Kemba kept us in it in the second quarter because they were the ones hitting the flurries of threes,” Brad Stevens said after the game. “He kept hitting huge shots and that allowed us to stay in the game. But you just stay with it. We’ve all seen many times; when teams get hot it’s harder to sustain throughout the course of the whole game and we knew how urgent we had to play coming right out of the gate in the second half because of the way that they felt after the first half.”

For Walker, it was his teammates that made things easier.

“First of all, my teammates did a great job setting screens, you know, getting their guards off me, allowing me to get downhill,” Walker said. “It’s all about the angles for me. Trying to cut him off so I can get a good angle to get to the rim.”

Walker also added that sitting out Monday night was more of a precautionary move than anything. He could have played if he was allowed to but instead returned Wednesday and put together quite a performance.

Celtics will head to Brooklyn Friday for a rematch before heading to New York to take on the Knicks Sunday afternoon at Madison Square Garden.