Keys to Celtics vs Warriors Game 3

The Celtics previewed lineup and rotation changes entering Game 3 at practice. Bobby Manning predicted what those could be. 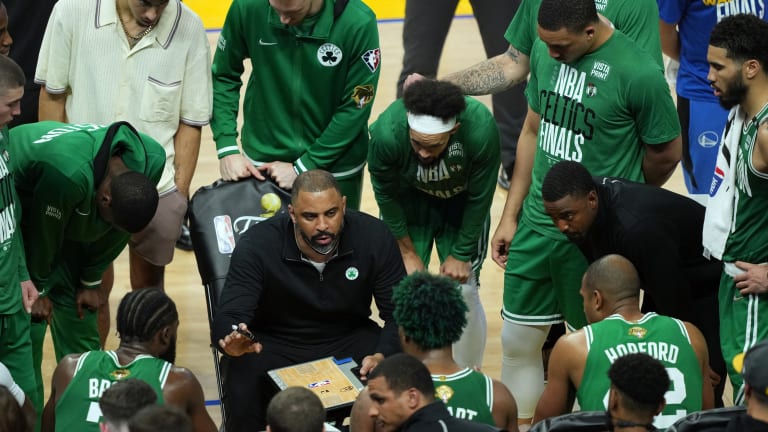 BOSTON — Ime Udoka previewed lineup changes for Game 3 with Bobby Manning at Celtics practice, saying that Boston aimed to shave down minutes for Al Horford and Robert Williams early in the series. That points toward a reduction in Daniel Theis’ role and possibly more small ball against a Warriors team that doesn’t play big.

Payton Pritchard, Derrick White and Jaylen Brown keyed a Celtics run in Game 1, and Robert Williams still appears to be ailing from his left knee soreness. White and Marcus Smart also both addressed how they can help the Celtics’ turnover issues entering Game 3 of the NBA Finals in Boston on Wednesday night.