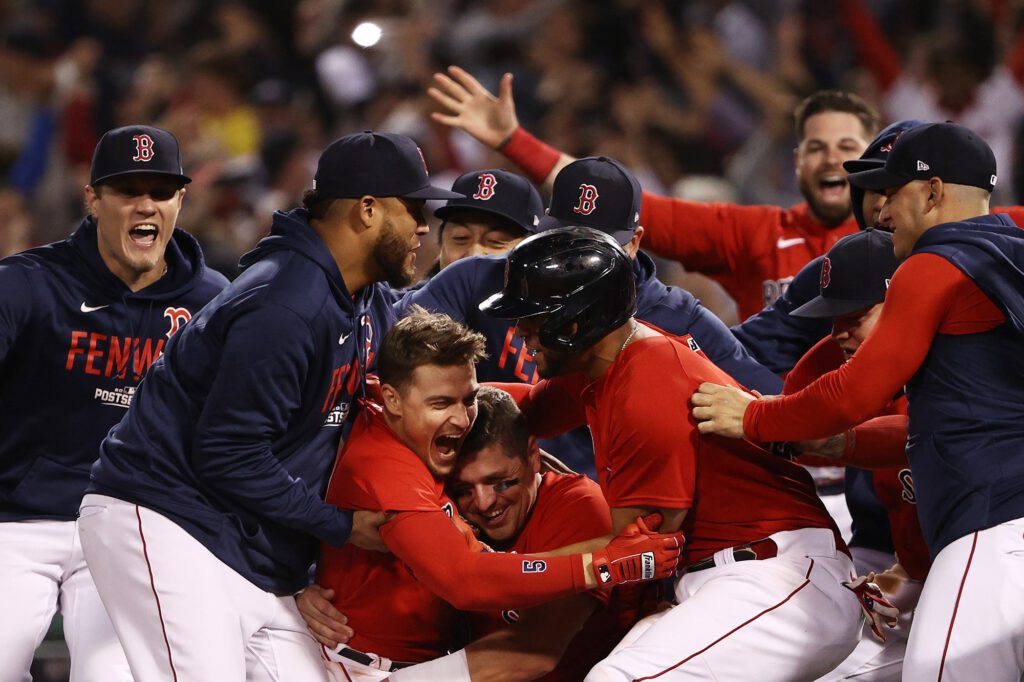 Boston won the final 3 games of the series after losing Game 1. They will play the winner of the HOU-CWS series in the ALCS.

The Red Sox have now won six straight postseason games at home and are 5-0 in elimination games under Alex Cora. That is the most wins without a loss for a manager in baseball history.

Garrett Whitlock retired all 6 batters faced entering with 0 outs in the 8th and the go-ahead run on 2B and retired all 3 batters faced without allowing the runner to advance. He then proceeded to toss a scoreless 9th inning. He has allowed 1 run in 4.1 IP over 3 appearances this Postseason (1 H, 1 BB, 3 SO).

Eduardo Rodriguez pitched 5 innings, allow 3 hits, 2 runs, with 6 strikeouts. He held the Rays scoreless through 4.0 innings while retiring his first 9 batters faced before a leadoff single in the 4th.

The CLNS Media Network is Powered by BetOnline.ag & Insa Cannabis.

Visit BetOnline.Ag and Use Promo Code: CLNS50 for a 50% Welcome Bonus On Your First Deposit!

Visit Insa Dispensaries at their various Massachusetts Locations or Call 877-500-INSA. Locations are in Salem, East Hampton, and two Springfield locations, including just off I-91 beside the MGM casino.