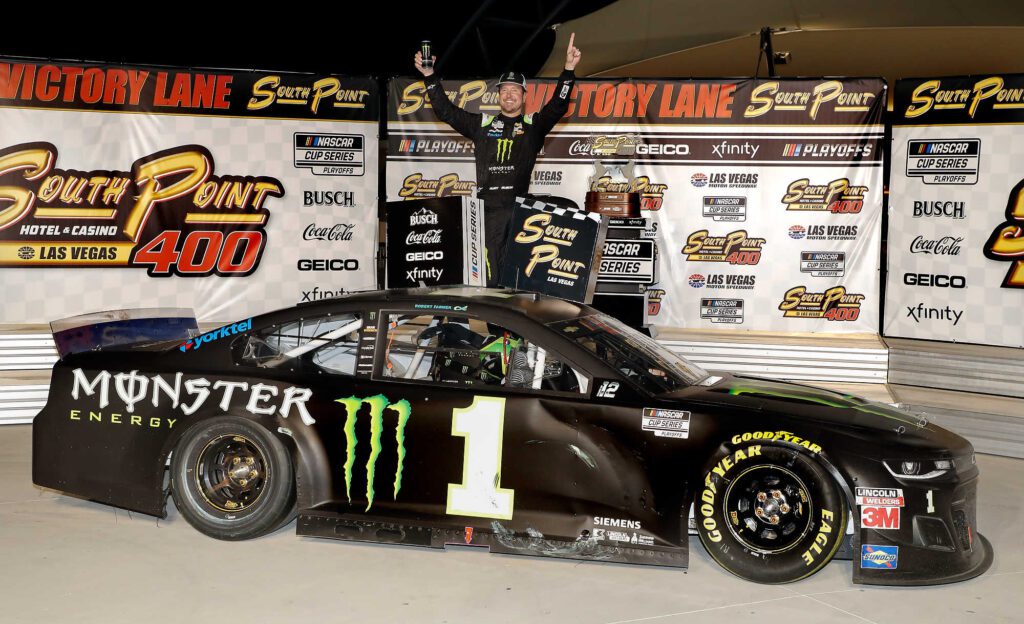 Kurt Busch won the South Point 400 from Las Vegas Motor Speedway on Sunday night for his first career victory at his hometown track.

A caution in the middle of green-flag pit stops late in the race caught most of the leaders — and most of the Playoff drivers — a lap down.  Busch stayed out longer than the others and was able to inherit the lead when the caution came out and the other leaders had to wave around.

Over the final 30 laps, Busch held off Matt DiBenedetto, Alex Bowman and Denny Hamlin over numerous restarts to claim his first victory of 2020 and lock himself into the next round of the Playoffs.

Busch said the victory was the culmination of two decades of frustration at his home track.

“You dream of winning at your hometown track, and for two decades it’s kicked my butt,” Busch said.  “I’m in awe, this is what kids dream of when they grow up racing.”

Busch said the victory was due to his crew chief’s pit strategy call finally working in their favor.

“One of those quirky Matt McCall pit sequences finally unfolded,” Busch said.  “We got lucky; I knew the race would come to us, we just needed to get to nightfall.”

Hamlin had one of the fastest cars throughout the race, but he couldn’t get to Busch’s bumper and challenge for the victory in the closing laps.

Hamlin said it was another example of late-race cautions costing his team a chance at the victory.

“Just the same thing as Darlington, untimely cautions,” Hamlin said.  “It’s what’s keeping us out of victory lane.  We obviously had a dominant car today.”

“Really encouraged with the way we ran.  Obviously disappointed we didn’t win and that’s just been the way the Playoffs have gone.”