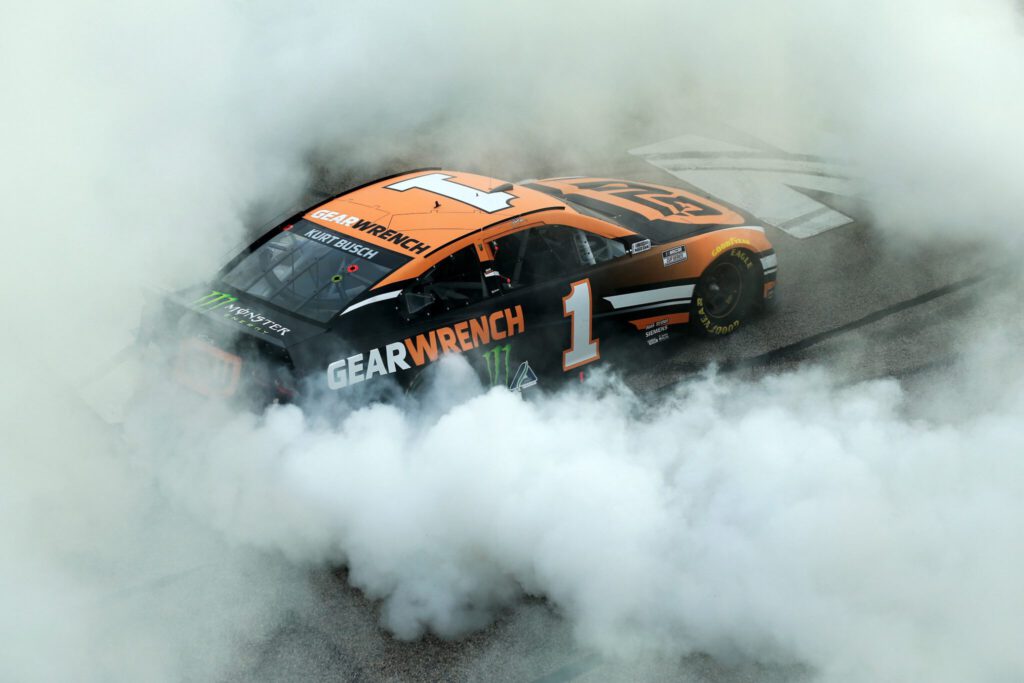 Kurt Busch won the Quaker State 400 from Atlanta Motor Speedway on Sunday afternoon to pick up his first win of the season and lock himself into the Playoffs.

It was a dominant performance by both Busch brothers, as Kurt and Kyle combined to lead 235 of 260 laps.

Kurt led a race-high 144 laps, but he found himself behind his brother following the final green-flag pit stop.  It looked as thought Kyle would run away with the victory, but he struggled to get through lapped traffic.

Kurt said he enjoyed winning on Atlanta’s old surface one last time before a repave begins in the coming weeks.

“What a genuine, awesome, old-school racetrack,” Kurt said.  “I just asked the track today, ‘last time today on your old asphalt if I could have an old guy win.’”

The victory locks Kurt into the Playoffs and moves him off of the cutline.

Kurt said he was glad to get a victory during a season where they haven’t had the fastest car every weekend.

“This has been one of those years,” Kurt said.  “I knew we’d have our back up against the wall with trying to get above the cutoff line and race hard and race smart.”

Kyle said the handling went away on his car as the final run went on, and that allowed his brother to pull away.

“We just didn’t have enough front end with laps on tires,” Kyle said.  “Had everything I had there early, then just smoked it behind the 42 [of Chastain].”

“Had one valiant effort off of 2, but just didn’t have enough momentum to drag him down and make him go high in 3 and 4.  After that, the tires were smoked.”