Kyrie Irving lights fire early, Jaylen Brown, bench heats up in third as Celtics pull away for 117-92 win over Bulls 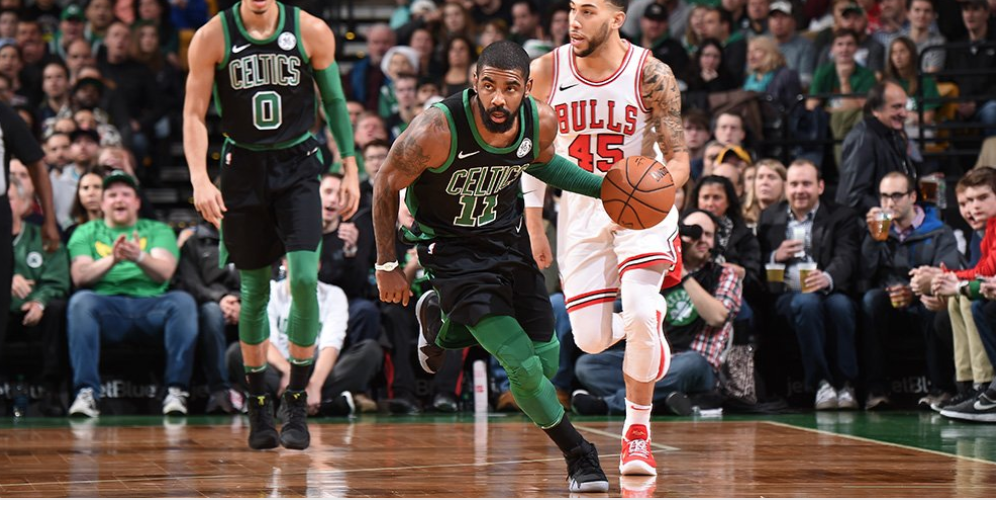 The Celtics can enjoy Christmas with a win under the tree.

Kyrie Irving (25 points) and Jaylen Brown (20) led a balanced attack and the bench helped the Celtics pull away with a big third quarter as the Celtics avenged an upset loss to the Bulls with a 117-92 win on Saturday night at TD Garden. All five starters scored in double figures while Daniel Theis had a career-high 15 rebounds off the bench and posted a double-double with 10 points. For a full box score, click here.

The Celtics came out red-hot in the opening 12 minutes, hitting 15 of their first 21 shots from the field. Still, the first quarter was back-and-forth as the Celtics claimed a 33-31 lead after one quarter. The Bulls held a 4-1 advantage in free throws made and a 3-2 lead in threes.

Irving, who was held below 30 points for the first time in four games, again got his 3-point stroke going midway through the quarter to help the Celtics quickly erase a 49-42 hole. His back-to-back threes sparked a 14-2 run to put the Celtics up five, 56-51.

The Bulls responded, thanks to a 10-0 edge on second-chance points, cutting the Boston lead back to two, 60-58, at the halftime break.

All the time in the world. pic.twitter.com/HjRUDN3ql0

Brown hit four of his first five attempts from beyond the arc.

Celtics rookie Semi Ojeleye survived a first-half scare when he went up for a dunk on the baseline. His right hand collided with the backboard when his shot when was blocked, sending the forward to the floor. He landed hard on his back but, after a trip to the locker room for treatment of the lower back contusion, was back on the Celtics bench later in the second quarter and available to return.

Too smooth by Tatum. pic.twitter.com/XnQZoAiais