Lazar: a Five-Step Offseason Plan for the Patriots to Continue Rebuilding Their Roster 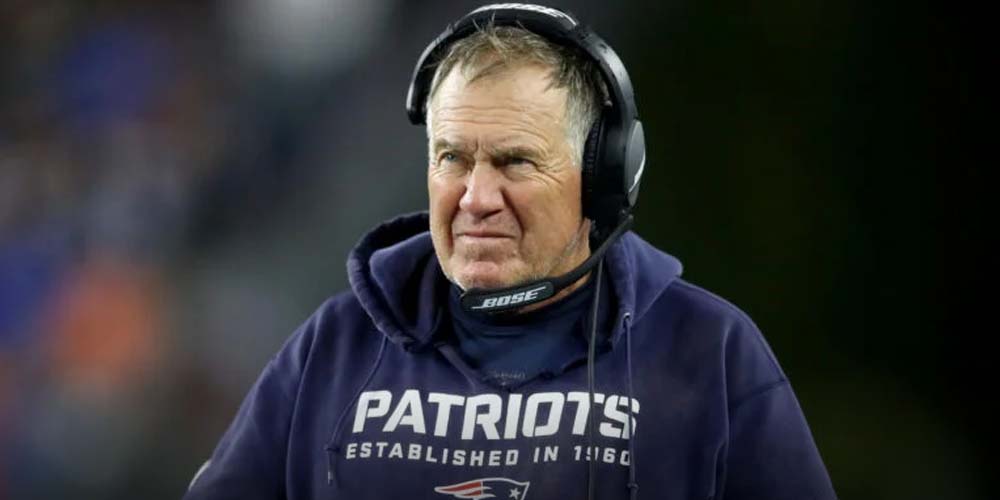 Building on a “foundational year” is where the Patriots are following an early playoff exit at the hands of their divisional rivals in the Buffalo Bills.

jh1uThe Patriots ‘ only option is to look back on the 2021 season as laying the foundation for a more competitive future. They can’t change the outcome from last Saturday night, but they can grow from it as a group, using it as motivational fuel and wake-up call for where they’re at as a team.

“We certainly have made a lot of improvement from where we were last year,” head coach Bill Belichick told WEEI radio this week. “But we certainly have a way to go as well.”

Very few, if any, teams rebuild to championship-caliber in one offseason, especially with a rookie quarterback. In fact, no rookie QB has ever started a Super Bowl in NFL history, let alone won a championship in his first season.

And secondly, we always discuss New England’s playbook’s complexities and mental workload on both sides of the ball. So for all the newcomers in 2021, rookies and veterans alike, year two in the system should lead to even better results.

“Watching the Bills since I’ve been in the league, they’ve consistently gotten better,” Patriots wide receiver Jakobi Meyers said on Monday. “That core group of skill guys and just their offense, it actually gives you hope, you know what I mean? Because we see where they started and see where they are now.”

Belichick has plenty of work to do on a roster that had obvious talent gaps compared to the real contenders at wide receiver, cornerback, and linebacker. Overall, New England still needs more blue-chip talent and team speed.

Then, the players who remain after Belichick’s offseason shuffling need to look in the mirror and address how the 2021 team came apart at the seams following their bye week after starting 9-4.

“I feel like our intensity going into the bye was great,” Meyers said. “I don’t feel like it dropped off. But that’s the problem: it didn’t build up, either. We still tried to ride the wave as far as what we were doing when we got the No. 1 spot, and we needed to build on that. And we didn’t.”

If the Patriots want to return to the Super Bowl, the complacency and bad habits that trickled into their game, leading to four losses in their final five contests, simply cannot happen again.

And Belichick needs to address the lack of buy-in with the coaching and game-planning on defense, which might not be the Hollywood drama that some are floating but was evident to everyone watching down the stretch.

Acknowledging the steps the Pats took is a good sentiment. But talk of a foundational season is cheap if you don’t keep building and fix the lingering issues.

Here is a five-step plan for the Patriots to attack the 2022 offseason and build on this seasons’ successes:

1. Keep Mac Jones in the Weight Room and Get Him With Tom House ASAP

Before the TB12 brand, the Patriots took a similarly-built Tom Brady and transformed his body into a finely-tuned machine. Although scouts and experts underrated Brady’s arm in the early years, he definitely added velocity to his fastball once he got to the NFL. Belichick upgrading the roster is also critical, but getting Mac on the Brady workout plan and with renowned mechanics specialist Tom House, who rebuilt Brady’s mechanics once upon a time to maximize his arm strength, is an absolute must. The good news is that the organization has done this before, and Mac appears to have the necessary work ethic to make it happen. Jones should come into year two looking like a different guy, with an NFL body and more zip on his passes. Mac’s game will reach another level if he puts in the work in the offseason.

2. The Hunt for Mac’s No. 1 Weapon: The Most Important Personnel Upgrade Moving Forward

Belichick has plenty of work to do on defense, too. But to keep pace in today’s NFL, the Patriots need to find Jones a true game-breaker at the wide receiver position. Jakobi Meyers and Kendrick Bourne are solid complementary pieces, but neither dictates coverage plans. In other words, defensive coordinators aren’t losing any sleep at night game-planning for their current group. Meyers is a great Patriot, and there’s a role for him on this team. But he shouldn’t be doubling up everyone else in targets as the highest volume receiver in your offense. He’s just not explosive or efficient enough to warrant that target share. They need to upgrade Meyers’s spot and reduce him to an Amendola-like role when they had the Edelman-Amendola combo.

Ultimately, talent is the most important thing here, not position or where the player aligns in the formation. However, our preference would be adding an explosive Z receiver who mainly plays inside but can move around the formation. Someone with the explosiveness to create separation early in the down, make yards after the catch in bunches, and create big plays on deep crossers (think Cooper Kupp, Justin Jefferson, even Julian Edelman). An explosive outside receiver that will run by someone and attack the ball in the air would be nice, too. And if you can blend both skillsets into one player, that’s a jackpot. Still, slot receivers eat in McDaniels’s offense. Plus, Mac’s quick release and accuracy would help that player thrive, too. Either way, the blueprint is all over the NFL, from Buffalo (Diggs for Allen) to Cincinnati (Chase for Burrow) or Arizona (Hopkins for Kyler). Make it happen.

Note: I don’t know who needs to hear this but saying they need to add a WR1 doesn’t prohibit them from upgrading the defense or other areas of the roster. The notion that it’s one or the other is silly.

3. Make a Philosophical Decision About the Teams’ Scheme in the Front Seven

Before we get into important decisions in the secondary, the Patriots need to decide if they’re going to stick with their current philosophies or not in the front seven. The Pats either two-gap or maintain gaps on the defensive line, with their off-ball linebackers taking on pullers and climbers. That’s why they mostly pluck guys like Lawrence Guy and Davon Godchaux as block-eaters rather than IDLs who like to penetrate and get up the field. However, if they’re going to stick with a system that forces off-ball linebackers to be take-on players in the trenches, then those ILBs can’t be 230 pounds because they’ll get run over. That’s why Belichick likes the big backers for his scheme. The issue is that those big LBs need to be moving forward, not dropping into coverage, so if that’s the plan, they need to upgrade the backend significantly. If they’re willing to go more towards penetrating IDLs (Barmore might signal that), then they can get smaller and faster at linebacker. Unfortunately, 250-pound linebackers who can cover and blow up a puller don’t grow on trees. If they’re going to stick with the current formula, they have to play elite man coverage. Zone coverage with hulking linebackers isn’t going to work, and neither will dropping ‘backers into low robber zones to help man coverage defenders if they don’t add more on-the-line pass rushers to get home with four.

4. Pay or Tag CB J.C. Jackson and Pair Him With Another Elite Man Corner

Assuming the Patriots don’t overhaul their defensive system, which is a safe assumption, the next step for Belichick is to add as much man coverage talent as possible. We’ve seen the right personnel succeed in the system before, with 2018-19 as the most recent example. Looking at that secondary, the Patriots had outstanding depth and were oozing with corners who could play man coverage. Better cover corners equate to more blitzing opportunities for their linebackers which equates to more pressure on quarterbacks. Although it’s very early on to make any final declarations, the feeling in Devin McCourty’s camp is that he’d like to return next season, while Jonathan Jones will be back as well. Taking a look at those 2018-19 teams, the Pats already have some spots filled, but they’ll need to add another outside corner to the top of the depth chart and retain J.C. Jackson:

I’m not going to apologize for sounding like a broken record when it comes to this because it’s that important: McDaniels needs to call up old pal Billy O’Brien to teach him the Alabama playbook. I don’t want to hear about how McDaniels doesn’t “major” in RPOs, and I don’t want to see spread formations only on third downs. Get more explosive on the outside, spread the field, and get the ball out of Mac’s hands. It’s not like the Patriots haven’t done this before (see: 2007 and 2011). McDaniels just needs to update those spread elements and integrate run-pass options. You have a young rising star at quarterback who thrives in a pace and space system. Stop putting him under-center with six offensive linemen and a fullback in the game. The high-volume running game without a passing threat needs to be a rookie year Mac thing only. Adapt or die.