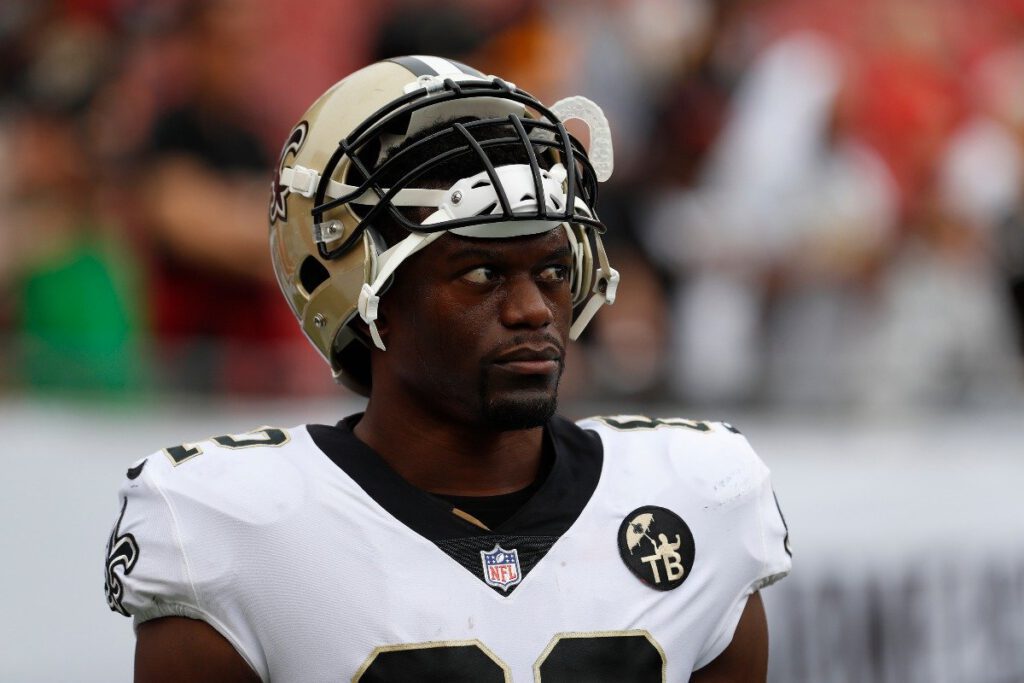 Over the last week, the Patriots added three veteran free agents after the compensatory pick deadline on May 7.

The signings of tight end Ben Watson, wide receiver Dontrelle Inman and offensive tackle Jared Veldheer won’t affect the haul of comp picks that the Patriots will receive in the 2020 NFL Draft.

The Patriots are projected to land two third-round picks as a result of losing big-money free agents Trey Flowers and Trent Brown and two sixth rounders, according to Over the Cap.

After the Patriots struck out on some of their top targets in March, this date was likely on Bill Belichick’s radar, and they pounced on a few of the top remaining free agents once it passed.

The biggest surprise signing was Watson after the Patriots’ first-round pick in 2004 draft announced his retirement from the NFL in December.

The 16-year veteran decided to come out of retirement to once again catch passes from Tom Brady. The Patriots were his first and only free-agent visit as he left the meeting with a one-year deal.

Based on his 2018 tape, Watson decided to retire from pro football with something left in the tank, which explains why his retirement was short-lived.

Watson also created an average of 3.14 yards of separation on every route he ran per Next Gen Stats, which was above-average among tight ends.

Those stats aren’t perfect, but they solidified Watson’s standing as a starting caliber tight end for the Saints in 2018.

As a receiver, the smoothness and acceleration out of his breaks that made Watson the 32nd overall pick to New England in 2004 remain present on his tape even at 38 years old.

On this big play, Watson put Rams linebacker Cory Littleton, a name some Pats fans might remember from the Super Bowl, in a blender. Watson is going to run an out and up out of the right slot. He picks up Littleton’s inside leverage in his stem and gets in his left hip pocket to break outside to the sideline. Watson sells the out route by turning his hips and head towards the sideline and then accelerates through the break to work vertically up the sideline. To cap it off, Watson climbs the ladder to snag the pass and displays strong hands through contact to finish the catch.

The play above is a nice highlight for Watson, but this next grab is on a more conventional route that will likely be a staple of his route tree if he sticks in New England the second time around.

The Patriots love to send their tight ends on crossing routes, mostly off of play-action, over the middle where they can out-run linebackers to a spot where Tom Brady can hit them.

Here, Watson does an excellent job once again of quickly reading the defenders leverage in his stem. The defender jumps outside of Watson at the snap opening a path to the inside for the veteran tight end. As soon as that door opens, Watson gets upfield and puts the defender on his back. He stays patient fighting the urge to cut quickly, which prevents the defender from undercutting the route and runs away from the coverage across the middle.

Watson’s 35 catches for 400 yards and two touchdowns last season don’t jump out at you, but he’s an intelligent and refined route runner that can still separate despite his age.

In the running game, Watson isn’t a people mover, but he gets the job done with sound technique and positioning.

Watson’s footwork as a blocker is advanced as is his overall process into engagements.

On this block, Watson climbs immediately to the linebacker at the second level on this draw play. When he gets closer to his target, he breaks down by firing his feet and sinking his hips to get upward momentum into the block. His feet and sink create a leverage point once he makes contact, allowing him to seal the linebacker out of the gap. Saints running back Mark Ingram cuts off of Watson’s block into space.

Watson’s feet are always moving as are his hands, even when he’s blocking head-on at the line of scrimmage, which lets him better his positioning and leverage to move defenders.

Watson is a complementary piece at this stage of his career.

But when you combine his 2018 film with his familiarity with the Patriots’ system, he’s currently the best tight end on the roster.

After his breakout in the 2018 postseason, Inman was on my list of potential Patriots targets before the start of free agency. The six-year pro has an extremely high football IQ that shows up in his route running. But he surprised me with his ability to win at the catch point with a large catch radius and feistiness to fight through contact. He’s a bigger receiver at 6-3, 205 pounds and certainly knows how to use his size. On simple routes such as digs and comebacks, Inman doesn’t create much separation, but that contested catch ability helps him win.

Based on talent, Inman should easily make the Patriots’ roster and could compete with Phillip Dorsett for a top three spot on the depth chart.

For a complete review of Inman’s game, here’s my twitter thread on the newest Pats wideout:

Dontrelle Inman tape: blaze out, might be post/corner. CB is playing off w/inside leverage so Inman runs at the CBs outside shoulder forcing him to open towards the sideline. Inman takes two steps to sell inside break then breaks out and the CB falls down. Dirty. #Patriots pic.twitter.com/KFg1bOgQRf

Veldheer has starting-caliber tape on his resume during his time with the Raiders and Cardinals but dropped off over the last two seasons. The veteran struggled to transition to right tackle in his final season in Arizona and 2018 with Denver. However, he lands in a great spot with Dante Scarnecchia in New England who will get the best out of Veldheer if he lands a role with the Pats. Veldheer’s technique took a hit at right tackle as he lost his pad level, punch accuracy and footwork at times. He also has a tendency to turn his body rather than hitting his landmarks in his pass sets which opens him up to inside counters. On a positive note, Veldheer should upgrade the swing tackle spot over LaAdrian Waddle and can start if needed under Scarnecchia.