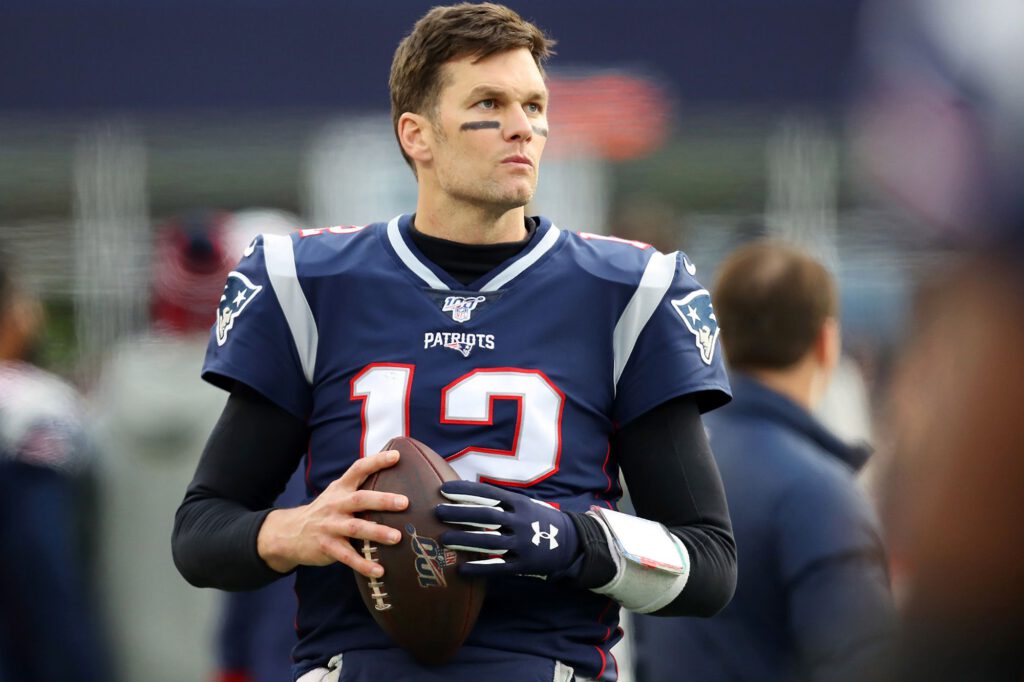 The Patriots and Tom Brady are 36 days away from the best player in franchise and league history hitting the open market.

The two sides haven’t even discussed new contract terms as of Tuesday, and it’s becoming a real possibility that Brady will test free agency for the first time in his career.

At this point, we are all reaching exhaustion with the re-packaged reports on Brady’s situation, and we still have a ways to go, but let’s play out the most recent non-report report.

From NFL Now: #Patriots owner Robert Kraft felt the best outcome for all parties in 2020 would come after Tom Brady tested free agency. An explanation for why he agreed to let it happen 👇🏼👇🏼👇🏼 pic.twitter.com/9UkM6aZp2w

NFL Network’s Ian Rapoport didn’t tell us anything new when he said the plan all along was for Brady to see what is out there before coming back to the Patriots after shopping his services.

The Patriots, and owner Robert Kraft, paved the way for Brady to test free agency when they agreed to a deal that prohibited the team from placing the franchise or transition tag on the future Hall of Famer last summer.

The idea, as Rapoport explained, was for Bill Belichick and Brady to rekindle their flame and come out the other side with a new outlook on life once they saw that the grass isn’t greener.

If Belichick and Brady both agreed that the 42-year-old should stay, they’d figure out the rest.

Since New England’s season ended, and now reinforced by Rapoport, the general feeling is that Brady wouldn’t be back if he doesn’t re-sign with the Pats before the start of free agency.

Brady’s current deal that he signed last August voids at 4:00 pm on March 18, meaning his $6.75 million signing bonus proration for the 2021 season will hit the 2020 cap immediately.

As a result, the Patriots will have a $13.5 million charge on their 2020 salary cap regardless of where Brady plays his football next season, and that’s on top of any new money with the Pats.

Taking the next step, let’s say Brady signs a new deal after free agency opens with a 2020 cap number of $25 million; the Patriots will have $38.5 million tied up in Brady in 2020. A hefty price tag that leaves them with little wiggle room to make other moves, hence the feeling that Brady won’t be back if he doesn’t sign before free agency begins.

The question now is are there ways to lower the impact a post-free agency Brady deal would have on the 2020 cap for New England, rendering all of this voided contract nonsense useless?

In short, the answer is yes, but after consulting with cap gurus Miguel Benzan and Brian Phillips, the “30 percent rule” is a factor because the collective bargaining agreement expires at the end of the 2020 league year.

The “30 percent rule” states any deal is invalid if its 2021 cap hit increases by more than 30 percent of the 2020 cap hit, making it tricky to back-load a short-term deal in the last year of a CBA.

The Patriots are known for back-loaded contracts by stretching out signing bonuses over several seasons to avoid significant cap hits early in a new deal to maintain immediate flexibility.

(via Over the Cap)

For example, when the Patriots signed Defensive Player of the Year Stephon Gilmore to a five-year, $65 million contract in 2017, his cap hit for the 2017 season was only $8.6 million. Now in the final two years of that deal, Gilmore’s cap hits are more than double that (signaling an extension might be coming, but that’s a separate conversation).

The Patriots could use that salary structure with Brady as they have in the past, and kick the hefty cap hits down the road to give them more cap room now to reload for another Super Bowl. The whole idea of the voided years on his most recent deal was to provide him with a raise while keeping his 2019 cap number in check by stretching out the signing bonus over multiple seasons.

Going back to the hypothetical from earlier, now we are hopefully talking about far less than a $25 million cap hit plus $13.5 million in prorated signing bonus money.

There are three main takeaways from all of this recent Brady stuff:

2. With the “30 percent rule” in play, the Pats would need to be more creative if it’s a post-March 18 deal for Brady.

3. It most certainly will be a multi-year deal for Brady if he does re-up with the Pats, but we’ll see if it’s a real extension or another voidable contract. By adding years, they can stretch out the money, and lower the 2020 cap hit.

The two-day legal tampering period also gives them 48 hours to see what else is out there and come to an agreement before the signing bonus proration becomes an issue.

That’s not to say that Brady or the Pats should make such a significant decision in two days, but that’s when the pressure really mounts to get a deal done.

The Patriots are known for legally manipulating the salary cap to leave the door open for more moves, and Brady’s situation is no different, besides the added annoyance of an expiring CBA.

But don’t take Rapoport’s report or Brady testing the market next month as a death sentence to his career with the Patriots; there are ways to make the money work if it comes to that.