Lazar: Brian Hoyer Will Be Useful Resource for Jarrett Stidham 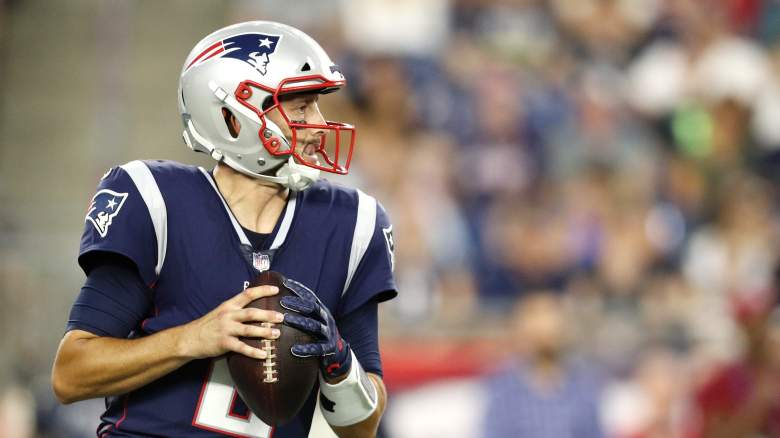 The Patriots are adding a familiar face to their quarterback room inking veteran Brian Hoyer to a one-year deal, according to the Boston Globe’s Jim McBride.

With Hoyer in the fold, he’ll join second-year quarterback Jarrett Stidham and veteran Cody Kessler as the Patriots rebuild after Tom Brady’s departure.

Due to their salary cap situation, the expectation is that Hoyer will be the lone veteran addition at quarterback with a potential draft pick entering the mix in April.

Reading the tea leaves, the team is seemingly moving forward with Stidham as the penciled-in starter for the 2020 season and potentially the future of the franchise.

Hoyer brings expert knowledge of New England’s offensive system, the trust of the coaching staff, and a skill set that made him intriguing to the Patriots as an undrafted rookie in 2009.

As Tom Brady’s backup, Brady relied on Hoyer’s expertise to scout opponents and drill throwing mechanics on the practice field. Brady gave Hoyer tasks in film study, mostly opponent red zone defense, and leaned on him to compare notes. The two would also partake in throwing competitions and point out necessary tweaks in their mechanics.

Along with helping out QB1, Hoyer’s work as a scout-team quarterback led to raves from teammates following New England’s win over the Los Angeles Rams in Super Bowl 53.

In practice, Hoyer perfectly mimicked Rams quarterback Jared Goff and head coach Sean McVay’s system of communication before the snap. McVay helps Goff read the defense and get the offense into the right play until the headset in Goff’s helmet shuts off 15 seconds before the snap of the ball. Hoyer had the Patriots defense ready to deliver one of the best performances in Super Bowl history.

The 34-year-old Hoyer will now serve as a resource for Stidham, who can use a veteran presence with an integral knowledge of the playbook and how to study opponents to his advantage.

Since the Colts released Hoyer, he won’t count against the compensatory pick formula that currently projects New England to receive a third-round pick (Brady) and two fourth-rounders (Van Noy, Collins) in the 2021 NFL Draft.

Copeland is a useful player against the run and was an effective blitzer in his career. Copeland adds depth at linebacker after the Patriots lost Kyle Van Noy, Jamie Collins, and Elandon Roberts in free agency. He can also contribute on special teams.

Here’s a full outlook of the Patriots’ offseason activity as of Sunday.