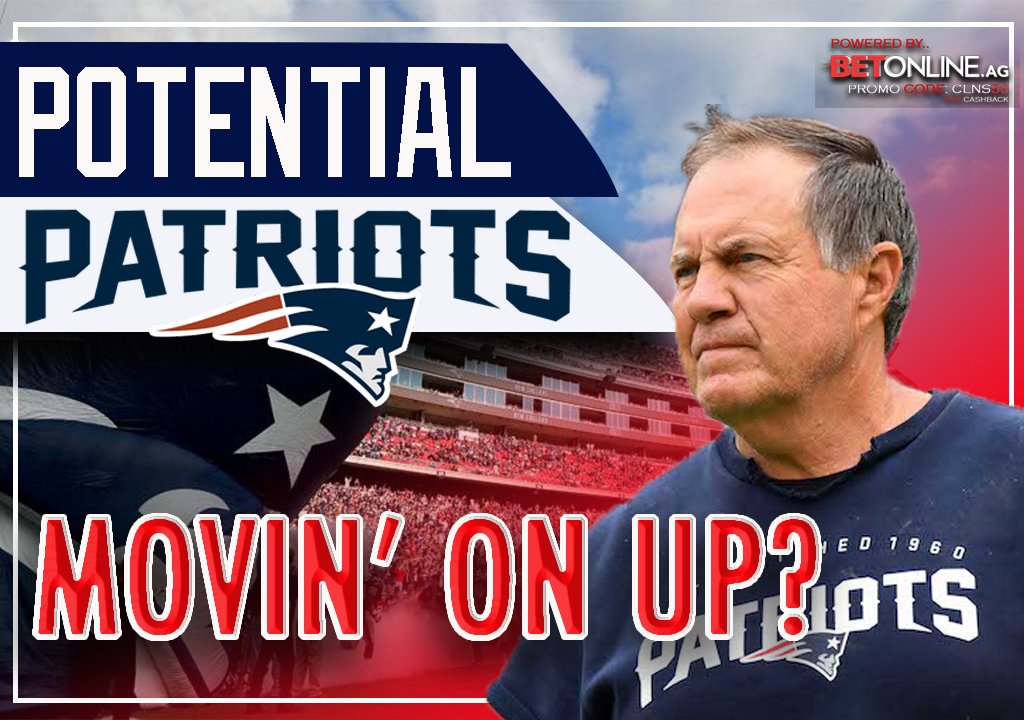 The biggest question for the Patriots heading into the draft is how aggressive Bill Belichick will be with his war chest of draft picks?

Belichick and the Pats have a league-high 12 selections and control the draft in many ways from picks 32 to 101 with six picks in that span.

New England has holes to fill but it’s hard to imagine them fitting a 12-player draft class plus an undrafted rookie or two on the 53-man roster, and we know they’ve carried at least one undrafted free agent for 15 consecutive seasons out of camp.

As it stands now, the Patriots have 68 players under contract, and 41 of those players were on the 53-man roster for Super Bowl LIII.

The Patriots also have seven players returning from either injured reserve or the non-football injury list from a year ago, which includes 2018 draft class members Isaiah Wynn, Ja’Whaun Bentley, Braxton Berrios, Ryan Izzo and Christian Sam.

By my count, the Patriots currently have 40 players that are either roster locks or close to it.

Then there’s a group of 17 veteran players on the bubble, and it’s safe to assume that at least a few of them will make the initial 53-man roster.

There’s also wide receiver Josh Gordon, who remains on the commissioner’s exempt list facing indefinite suspension but continues to give off vibes that he’ll play football next season.

The Patriots have around ten open roster spots for their 2019 draft class, undrafted rookies and any signings or trades they make before the start of the season, maybe even less depending on the status of certain players.

It doesn’t take a rocket scientist to see that something has to give before or during April’s draft, and I have one word for you: consolidation.

Bill Belichick is no stranger to draft-day trades; the Pats czar has made more of them than any other team over the last two decades, and the only Belichick era draft without a draft-day trade was 2004.

Belichick traded up 21 times, traded down 24 times and made 25 trades involving players or future considerations.

There are three ways the Patriots can go about this:

1. Trade up in the 2019 draft to target a specific player out of their reach

2. Trade down or out of a particular spot to add picks in future drafts

3. A Belichick special: the pick-swap for a veteran player

From this perspective, it behooves the Patriots to consolidate their assets aggressively to target the best players to fill a variety of holes on the roster.

Let’s walk through one scenario that’s picking up steam over the last few weeks.

According to the MMQB’s Albert Breer, the Seattle Seahawks would like to trade back from no. 21 overall as they only have four picks total in the draft as of now.

The Patriots could ship the 32nd pick and their top third-round pick (no. 73) to Seattle for the 21st pick, which would put New England in range for Iowa tight end Noah Fant or pass rushers Clelin Ferrell and Jerry Tillery.

If you want to get crazy, the Patriots could then combine the 56th overall pick and the 97th overall selection to move back into the top 50 to take a run at wide receivers Deebo Samuel and A.J. Brown or even Boston College offensive lineman Chris Lindstrom.

Okay, maybe we are getting a little off the rails, but the point is that the Patriots have the ammo to move around the board and need to trim the size of their rookie class.

There are several ways they could combine their assets to do so, and a legitimate reason behind an aggressive pursuit of some offensive firepower after Rob Gronkowski’s retirement.

Bill Belichick is unpredictable, but trades are a constant and the Patriots should take a “go get our guy” approach to this draft.