Lazar: Everything You Need to Know as Patriots Get Down to 53 Players 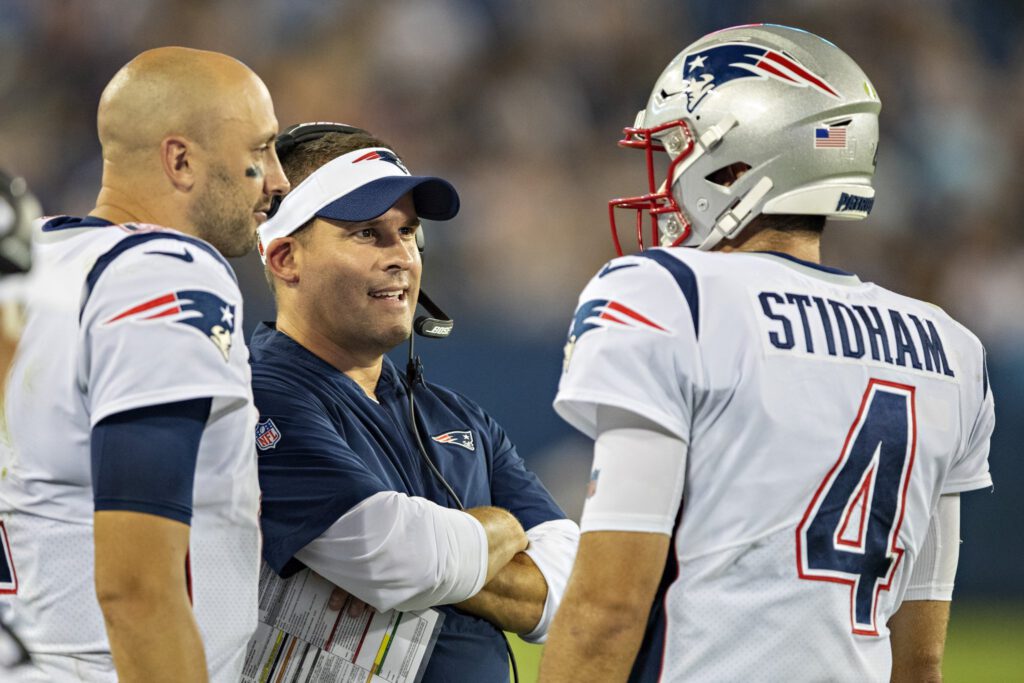 In a whirlwind day, the Patriots whittled their roster down to 53 players with a few surprise decisions.

Bill Belichick kept 23 players on offense, 24 defensive players and six players that will mostly contribute on special teams on the initial roster.

The Patriots are loaded on the defensive side of the ball, hanging onto depth players Deatrich Wise, Elandon Roberts, Obi Melifonwu and Shilique Calhoun.

And offensively, it’s hard not to love what they have at quarterback (duh), running back, wide receiver and the starting five along the offensive line.

With David Andrews and rookie Hjlate Froholdt both landing on season-ending injured reserve, the Patriots’ backups along the offensive line are all new acquisitions.

The team is likely not done, however, as the assumption is that at least one player that made the initial roster will land on injured reserve.

Since the mystery IR player made the initial cutdown, he can return to the field after Week 8.

And once they make that move, the team is expected to re-sign veteran Demaryius Thomas.

Here’s a look at the initial roster, my thoughts on the big headlines of the day, and a few notable cuts from a Pats perspective around the league:

If you ask me who is the better QB right now, my answer is Brian Hoyer, and I can back that up with tape.

But Stidham is closing the gap fast enough to justify moving on from the veteran backup, and it’s better for the rookies’ development for him to be the lone QB behind Brady.

Other than his locker room presence, Hoyer offered the team a safer starting option if Brady were to miss a few weeks due to injury (knock on wood).

If Brady went down for a month, Hoyer would’ve given them a better chance to win games in the short term. But if it were more severe, they would’ve gone with the rookie anyways.

By releasing Hoyer, the Patriots aren’t that much worse behind Brady for the 2019 season, and they free up a roster spot to carry an extra body at another position.

Plus, Stidham will get all the second team and scout team reps this season, which is best long-term as the team tries to develop him into the heir apparent.

(Tom Brady isn’t giving him any first-team reps, not a chance.)

There’s also a possibility that they bring Hoyer back once the team places another player on injured reserve. As a veteran, Hoyer doesn’t go through waivers.

2. Gunner Olszewski and a Sixth-Round Pick Over Keion Crossen

The Patriots decided to keep second-year cornerback Keion Crossen over underdog Gunner Olszewski, and then the Houston Texans called.

The decision for Bill Belichick was simple: Olszewski and a sixth-rounder or Crossen?

Olszewski, a DII prospect, has the type of underdog story that everyone loves and plays the game with the toughness and competitiveness that the Patriots love.

He’s also an explosive returner that showed the vision and burst to be a difference-maker in the kicking game potentially.

Plus, taking a 33-year-old Julian Edelman off of punt returns is a positive development, especially given his current value to the team with Rob Gronkowski selling CBD rather than playing football. And the Patriots had a log jam at corner and on special teams.

However, Crossen has a significantly better chance of developing into a four-down player than Olszewski; he was already terrific on special teams and improved this summer as a cornerback.

The decision won’t make or break the Patriots season, but giving up on Crossen for a return specialist is a tough pill to swallow.

3. Patriots Release Demaryius Thomas, Will Likely Be Back

Thomas went off for seven catches, 87 yards and two touchdowns against players that are now looking for jobs on Thursday night, and now he is too.

In a bit of a stunner, the Pats released the former Pro Bowler despite his late push to make the roster and rapid recovery from a torn Achilles last December.

Early indications are that both Thomas and the team are interested in a reunion once the Patriots place another player on injured reserve.

I’m not the biggest Thomas fan after he slowed down considerably last season and then tore his Achilles at age 31. But he moved well and ran routes with a veteran savviness last Thursday night. He should be welcomed back if the two sides can get it done.

The Patriots placed center David Andrews on injured reserve before the final 53-man roster cutdown, ending his season. Andrews is battling blood clots in his lung.

The Pats center took to Instagram to confirm the news that he’ll sit out the 2019 season.

The team will turn to fourth-year pro Ted Karras initially, but also traded for veteran Russell Bodine as depth. Bodine struggled both in Cincinnati and Buffalo but has 74 career starts.

A fourth-round pick of the Bengals in 2014, Bodine is a good fit in the Patriots’ man-heavy running game as one of the strongest players in the NFL.

With over a thousand players released, the Patriots might still be shopping for players to add to the roster.

Here are a few notable roster cuts from around the league that could interest the Patriots:

OL Joshua Garnett – Garnett will likely get claimed on waivers, but he’s a Patriots-type player. A failed first-round pick with an injury history, Garnett is a Stanford grad that has experience at both guard spots. He was also drafted in San Francisco by Belichick confidante Chip Kelly. The Patriots love to take on former first-round picks that didn’t live up to the hype, and Garnett has the tools and background that they seek. The market for his services will be competitive, though.

TE Dwayne Allen – Allen told ESPN’s Josina Anderson that he’s still recovering from offseason knee surgery after he reached an injury settlement with Miami. If Allen can get healthy, a reunion with the Patriots makes a lot of sense. He’s familiar with the system, and he’s an above-average blocker for a tight end. The Patriots are mighty thin at tight end, but Allen would need to be available before Ben Watson’s suspension ends for it really to be worth it for New England.

EDGE Noah Spence – another high draft pick that failed in his first stop, the Bucs drafted Spence 39th overall back in 2016. As a draft prospect, Spence’s high motor and upfield explosiveness made him a highly coveted player. He had 5.5 sacks as a rookie, but a separated shoulder stunted his growth in his second season. Spence would be a nice fit as a 3-4 outside linebacker for the Patriots.

– Lost in the madness was yesterday’s news that the Patriots traded 2018 second-round pick Duke Dawson to Denver. Dawson wasn’t impressive as a rookie or in his second season and was clearly behind the rest of the group. More than any other GM, Belichick is excellent at knowing when to move on, and he usually doesn’t hang on for too long. Some of that comes with job security, and he deserves blame for another second-round bust, but other teams would’ve kept Dawson out of stubbornness.

– Also lost in the madness was that the team placed rookie Hjalte Froholdt, UDFA Malik Gant and 2017 third-round pick Derek Rivers on season-ending IR. You feel for Rivers. He spent his entire rookie season on injured reserve and will now spend his whole third season off the field. He could reach an injury settlement with the team.

– As noted earlier, the Patriots completely overhauled their offensive line behind the starting five. OL coach Dante Scarnecchia made it clear that he wasn’t thrilled about the depth, so it’s not a huge surprise. The fact that they were willing to go with guys that had zero experience in the system over the likes of James Ferentz and Dan Skipper tells you a lot. They were hurting more than I thought there.

– As we begin to prepare for Pittsburgh, I’m extremely intrigued to see how the Patriots deploy all their personnel. Offensively, they’re deep at wide receiver and loaded at running back but thin at tight end. How’s Josh McDaniels going to attack things? Are we about to see two running back sets or four wide receiver groupings? I hope so.

Defensively, the Patriots are so multiple in the front seven that they can do pretty much whatever they want. Everyone needs a defined role, so hopefully, we’ll see what those are next Sunday.