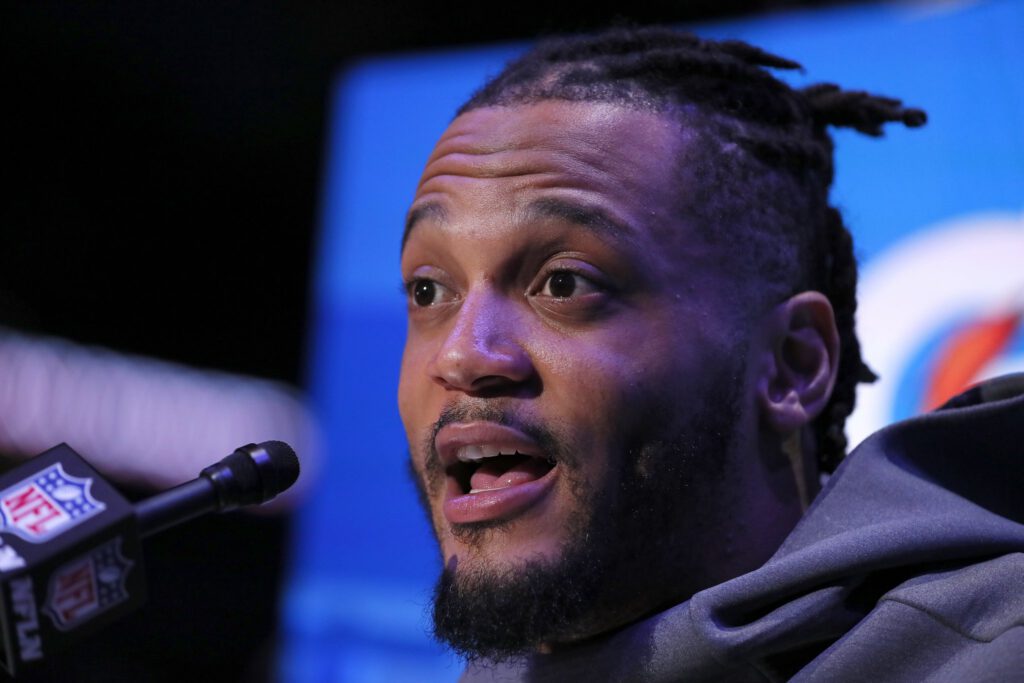 ATLANTA — Every year someone makes a name for themselves in the Super Bowl.

For the Patriots, we’ve seen it in recently with running back James White, and of course, cornerback Malcolm Butler.

We’ve heard plenty about the quarterbacks, Rams star Aaron Donald, and the coaching matchup this week but a member of the supporting cast will play a significant role in the outcome.

Here are five names to know ahead of Super Bowl 53:

We could’ve easily gone with Rams defensive end Michael Brockers, but Fowler’s history with the Patriots earned him the nod. The Rams shipped multiple picks to the Jaguars for Fowler back in October to give them an outside pass rusher to pair with interior studs, Aaron Donald and Ndamukong Suh. In ten games with LA, the third overall pick in the 2015 NFL Draft has four sacks and 29 quarterback pressures. Fowler also had four quarterback pressures in the NFC Championship Game including a crucial hit on Drew Brees that forced an interception in overtime, and that play is a perfect example of what the addition of Fowler means for the Rams.

With Donald in the middle, teams constantly slide their protection toward the Defensive Player of the Year, which gives Fowler one-on-one matchups all day long. Here, Wade Phillips put Donald in the B-Gap with Suh rushing on the outside and defensive end Michael Brockers bumped inside as a one-technique. Brockers and Fowler execute a tackle-end stunt with three players sliding towards Donald and Suh, and Fowler gets a one-on-one with Saints right tackle Ryan Ramczyk. Fowler feels Ramczyk overcommit to the inside and hits him with a spin move to register the hit on Brees.

Patriots fans probably remember Fowler from last year’s AFC Championship Game and the matchup with New England when he was in Jacksonville earlier this season (eight combined pressures), but with all the attention on Donald and Suh, he can be the forgotten guy.

The self-proclaimed “slot god” made a name for himself this week with his mouth, but his play is far important than anything he said about Tom Brady and Julian Edelman. Speaking of Edelman, Robey-Coleman is the obvious choice for Phillips in man coverage situations on the Pats’ top receiver. Out of 50 qualified cornerbacks, Robey-Coleman allowed the second-fewest yards per coverage snap in the slot this season (0.71) and a stingy 84.9 passer rating. With those kinds of numbers, you can expect Robey-Coleman to line up across from Edelman when the Pats receiver travels into the slot, which as we know, is where Edelman is at his best.

Okay, so maybe White already had his coming out party in Super Bowl 51, but he’s a critical player in this matchup as well. During the regular season, the Rams only allowed 477 receiving yards to running backs (fourth-fewest) and were fourth-best in DVOA against the position. However, Saints running back Alvin Kamara gave White a few ideas in the NFC Championship Game for what he could do on Sunday. Kamara had 11 catches for 96 yards mostly on Rams linebackers Mark Barron and Cory Littleton. With those two in coverage, Kamara had nine catches for 70 yards and three first downs.

Kamara torched Barron and Littleton on option routes, a staple of White’s game. The Saints emptied the backfield to open the middle of the field and then motioned Kamara into the slot to tip off man coverage to Brees. Kamara then squares up Barron at the top of the route reading Barron’s leverage to decide which way to break off this route. Barron shades him to the outside, so Kamara cuts inside for a first down.

Along with option routes, the Saints picked up 21 yards on another Patriots staple: the pick/wheel route.

Here, Kamara is in the backfield, and the Saints catch the Rams blitzing their lone inside linebacker on the play leaving Kamara one-on-one with defensive end John Franklin-Myers. The Saints then get a pick on Franklin-Myers to make matters worse, and Brees drops a dime into Kamara on the wheel route.

It might be death by a thousand paper cuts on dump offs to White, but they’ll be there for the taking.

It could be Lawrence Guy, it could be Malcom Brown, it could be Adam Butler, it could be Trey Flowers rushing inside, it could be Danny Shelton if he’s active; someone on the interior of the Patriots’ defensive line needs to have themselves a game if New England wants to hoist the Lombardi. As I outlined in my Patriots game plan, the defensive tackles are critical in this matchup, as they always are, against the run. With the Rams’ wide zone scheme, there are opportunities to shut down the slow-developing plays before they get started with inside penetration. Plus, the interior of the LA offensive line has struggled with pressure up the middle. Rams center John Sullivan allowed 37 quarterback pressures during the regular season, the most among centers. Expect the Patriots to attack Sullivan in pass protection with a heavy dosage of stunts involving their interior defenders.

Patriots fans know how valuable Patrick Chung is to the New England defense, but he doesn’t get the credit he deserves nationally for his hybrid style. Against the Rams offense, Chung is arguably the most important player on the field, and here’s why:

A. The Rams offense loves to run vertical routes to their tight ends, and Chung will be in coverage a lot of the time.

B. With the Rams’ perimeter running game, and tendency to use wide receivers as blockers in the running game, the flat defender, usually Chung for the Pats, is pivotal in defending those plays.

If the Patriots defense has a good day, Chung will be at the center of that success.