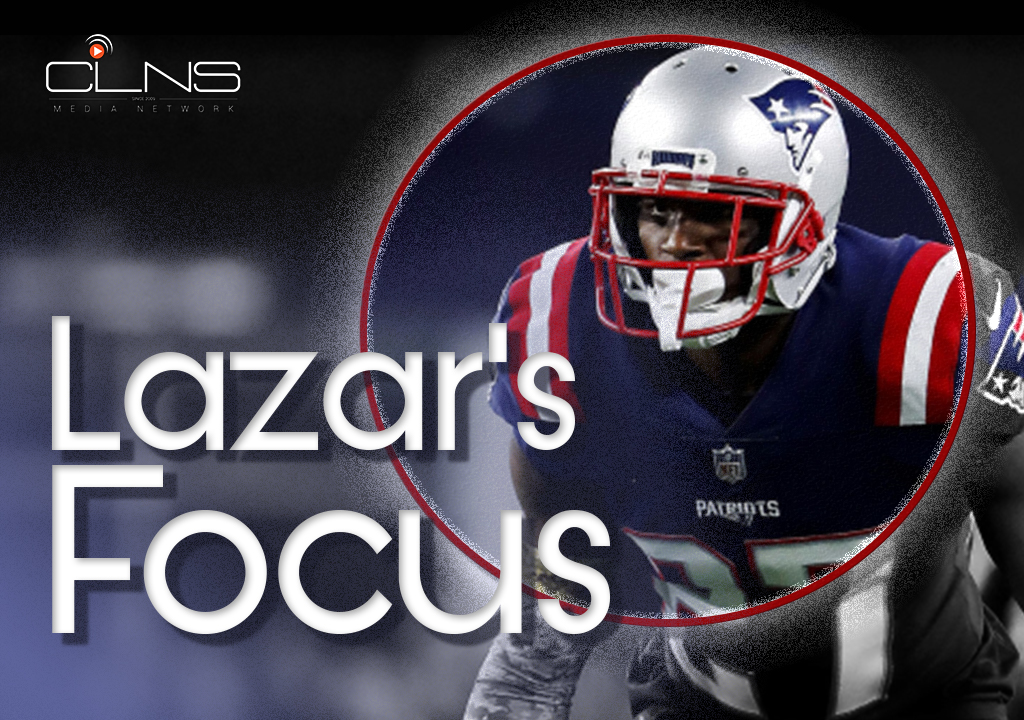 FOXBOROUGH — For the 15th straight season, an undrafted rookie free agent made the Patriots’ initial 53-man roster after a strong performance in the preseason.

Even with the Patriots’ past success with undrafted players, Jackson’s rapid ascension is remarkable, but head coach Bill Belichick told me Jackson’s improvement didn’t happen overnight.

“I’d say it’s been steady. It wasn’t like it all happened in one day or one week,” Belichick said of Jackson’s development. “He’s just played a little better each time he goes out on the field, takes advantage of his opportunities and just continues to get a little bit better.”

“If he makes mistakes, he tries to correct it. He works at it, usually shows some improvement in that area, go on to something else. But, his durability, his consistency and just being out there every day practicing, doing things, getting corrected, getting better, working on them the next day. I mean, that’s really how you improve. So, practicing and being durable and being consistent, it goes a long way.”

Patriots cornerbacks coach Josh Boyer added, “I think there’s a comfort level of him [Jackson] understanding what we’re asking him to do and then doing that at a better level. So, I think over time, there’s been a steady improvement of that, so I would say those would be the key factors there.”

Jackson, speaking to me in the Patriots’ locker room after shutting down Steelers wideout JuJu Smith-Schuster said of going undrafted, “I wasn’t disappointed at the time. It was crazy, but it is what it is; I just had to make the most of my opportunity. Everything happens for a reason. There isn’t too much I can say about getting drafted or not drafted, just have to make the most of my opportunities.”

Based on his skill set, we probably should’ve known that the 23-year-old was a perfect fit in the Patriots’ system.

Earlier this season, defacto defensive coordinator Brian Flores said the most important traits for a cornerback were, “being able to find the ball in the air so you can make plays on it, and then tackling, that’s the name of the game, obviously.”

Jackson, a High School wide receiver, converted to corner at the University of Florida and continued on that path when he transferred to Maryland.

The Pats rookie described himself as a press-man corner and said that his days as a receiver helped him develop the ball skills that we’ve seen him showcase this season.

“It really helped my ball skills. If you have a DB that has great ball skills, then you’re going to be good. Sometimes it does [allow you to think about the game from a receiver’s perspective]. If you leave inside, I’m thinking you’re going to run an inside route. Little things like that,” Jackson said.

Along with ball skills, Jackson’s physicality is always on display as he consistently beats up receivers at the line of scrimmage and makes them feel his presence throughout their routes.

In New England’s loss to the Steelers in Week 15, Jackson shadowed JuJu Smith-Schuster on 86 percent of the Pittsburgh star’s routes holding him to three receptions on eight targets for 39 yards.

This season, Smith-Schuster ranks fourth in the NFL through 16 weeks with 1,389 receiving yards.

“I had to be ready for the competition. I told myself I had to be physical and be ready to play a great receiver,” the Pats rookie said of his matchup with JuJu.

If the end of the game went differently for the Patriots, Jackson’s fourth-quarter pass breakup in the end zone would’ve been the turning point in the game for New England.

“It was a big play for the defense,” Jackson said reminiscing about the play. “It was third down, give our offense a chance to get on the field, and made the play. It happened so fast. I don’t really remember. I was like ‘yes! I got the ball out we got off the field!’”

It’s not every week that an undrafted rookie draws the assignment with one of the league’s best receivers.

“It means a lot to me,” Jacksons said of the coach’s trust in him to cover Smith-Schuster. “I’m building a lot of confidence in my teammates, my coaches and myself.”

The following week against Buffalo, we saw Jackson build on that confidence with another stellar performance.

Bills quarterback Josh Allen stayed away from Jackson, who earned an 88.4 game grade from Pro Football Focus, and although he wasn’t targeted in the game, he made a terrific interception on a play where he wasn’t the primary defender.

The Patriots were in a cover-3 “mable” coverage with top corner Stephon Gilmore in man coverage at the bottom of the screen while the rest of the secondary was adhering to cover-3 principles. Jackson (top of the screen), initially covered the receiver in the flat but read Allen’s eyes to come off his assignment and jump the corner route by wide receiver Deonte Thompson.

Jackson isn’t the first undrafted rookie cornerback to make a name for himself with the Patriots.

However, Jackson (340) has already played more snaps at corner than Butler did his rookie season in New England (219), and Butler only started one game his first year compared to Jackson’s four and counting.

Denzel Ward is our highest graded rookie cornerback, but where does he rank in our Race for Rookie of the Year?https://t.co/IIp7sc2v3V

Although nobody is expecting Jackson to make a game-saving interception in a Super Bowl, he’s had as good of a rookie season as any player at his position regardless of draft status.