Lazar: How Will the Patriots Defense Get By Without Stephon Gilmore? 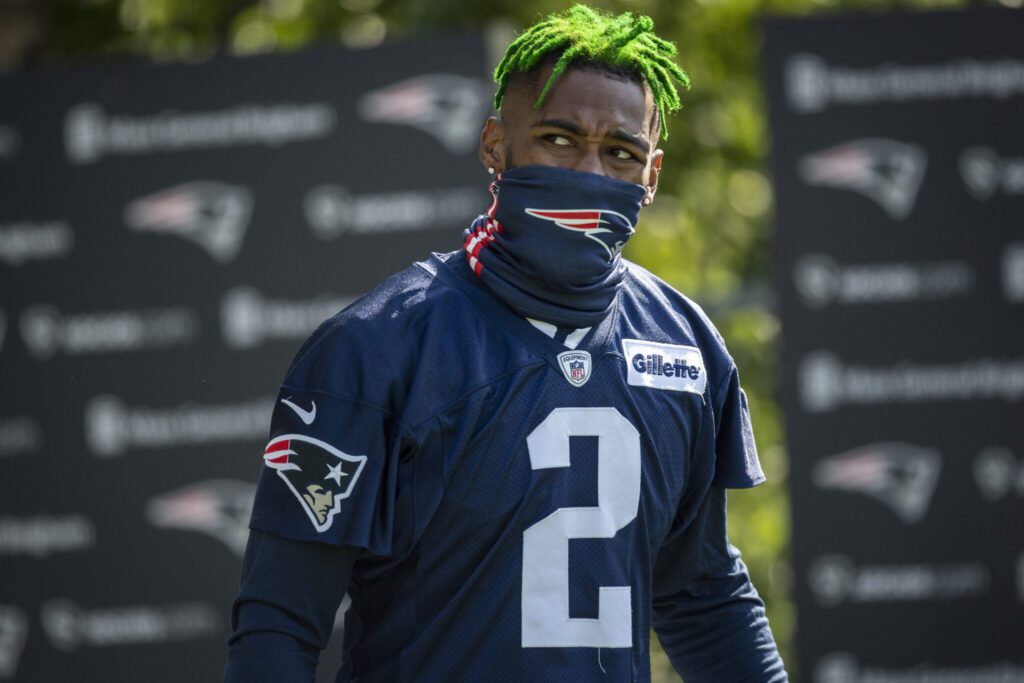 The Patriots’ struggles defensively last season were due to several factors on all three levels of Bill Belichick’s defense.

New England was missing its heart and soul in Dont’a Hightower (opt-out), their starting strong safety in Patrick Chung (opt-out), and lost several key figures in the front seven to free agency.

As a result, the Pats defense plummeted to 26th in Football Outsiders’ DVOA metric, leading to Belichick shelling out $59 million guaranteed to upgrade his defense this offseason. Hightower is also returning, while first and second-year standouts Josh Uche and Christian Barmore should also help.

The Patriots’ defense, especially in the front seven, is significantly better than a year ago.

However, one major hole remains, at least for the first six weeks of the season.

Top cornerback Stephon Gilmore, a former Defensive Player of the Year and two-time All-Pro, was moved to the reserve/PUP list on Tuesday (quad surgery).

Gilmore will now need to sit out the first six games of the 2021 season, and along with the quad, there’s also a “hold in” situation due to Gilmore’s unhappiness with his current contract.

Even with the holes in the front seven, the Patriots defense was respectable last season with Gilmore in the lineup and didn’t collapse until it lost its top cornerback.

The 2019 Defensive Player of the Year is set to make just $7.7 million this season, about half of his market value, which Gilmore publicly stated would need to change to get him on the field.

The compromise between the two sides, who were still bridging the gap in negotiations before Gilmore’s move to reserve/PUP, might be that he’ll play for 11 games at $7.7 million rather than the full 17-game schedule at that number. In theory, fewer games mean more money per game.

Gilmore still gets his chance to put 11 games of tape together to sell to teams in unrestricted free agency next offseason but doesn’t need to play an entire season at a significant discount.

Although it’s not the best solution for the Patriots defense, it’s better than trading Gilmore when the team has playoff aspirations this season.

In the meantime, the question is who will replace Gilmore at his boundary corner spot opposite J.C. Jackson for the first six games of the season?

Some of those games feel very winnable without Gilmore, especially if the Patriots get the pass rush they expect from their upgraded front seven, which was a force in the preseason.

The Pats can still hang defensively with the Dolphins, Jets, Saints (minus Michael Thomas), and Texans (minus Deshaun Watson), with the tougher matchups against Brady and Prescott-led offenses.

Still, there were moments throughout training camp where this secondary felt vulnerable without Gilmore. Jackson is an excellent no. 2, but is he a true number one? The jury is still out after up-and-down play without Gilmore last season. Then, who fills in alongside Jackson and starting slot corner Jon Jones?

Based on the coaches tape from New England’s three preseason games, the best option to play outside is free-agent addition Jalen Mills. Yes, Mills struggled as an outside corner in Philadelphia, but he was the best of the lot in camp on the boundary.

Mills played most of his boundary corner snaps in the preseason opener against Washington and was technically sound in press-man coverage with tied-together hips and footwork. Mills’s mirroring skills are solid as long as he’s in the right spot on the pecking order.

The former Eagles DB only gave up two catches for 29 yards on five targets in the preseason, can travel with receivers inside or outside, and plays the Pats’ brand of man coverage.

New England’s coaching staff worked on Mills’s press-man technique by harping on staying square at the line of scrimmage. Mills’s biggest problem in Philadelphia was overreacting to release moves and route fakes, but that seemed to improve this summer.

Despite those improvements, avoiding unfavorable matchups and coverage situations for Mills will be critical.

Here, Mills finds himself in man coverage on Washington’s Terry McLaurin, a top route-runner in the NFL. Making matters worse is that the Patriots are running a zero coverage, meaning Mills doesn’t have deep safety help. Hightower and Ja’Whaun Bentley drop to help underneath but get pulled out of the passing lane, and Mills is left alone on McLaurin.

McLaurin’s 22-yard reception is an example of a must-avoid situation for the Patriots in the regular season, where Mills is on an island with a top receiver.

Another option on the outside if Mills struggles is third-year corner, Joejuan Williams. The 45th overall pick in the 2019 draft struggled to carve out a significant role in a crowded secondary in his first two seasons but got ample opportunity in camp to elevate his game.

Williams has made improvements and tied for the second-most defensive snaps on the Patriots in the preseason (128). He played a lot, highlighting his strengths and weaknesses.

In the Patriots’ second preseason game, Williams played 24 snaps on the outside and found himself in a tough matchup with Eagles’ first-round pick DeVonta Smith. Williams handled Smith pretty well on vertical routes, forcing a tough adjustment on a back-shoulder fade and running stride for stride with Smith up the field.

But Williams had issues all summer, both in preseason action and practice, with covering short routes. In the play above, Smith uses an outside release to turn Williams around on a slant route.

We saw Williams struggle with shorter in-breaking routes all summer long. He doesn’t have the hip transitions or footwork to match those routes effectively. The former second-rounder can be useful in the right matchup against bigger wideouts who run mostly vertical routes.

The final option for the Patriots is recent trade acquisition, Shaun Wade. Wade was a solid nickel corner at Ohio State before having issues on the boundary in his final season with the Buckeyes.

Although it’s challenging to evaluate Wade off one game with the Pats, he played most of his snaps at outside corner and was okay against backups. Like Williams, he looks more comfortable covering vertical routes, and his hips stall a bit when the receiver breaks off his route.

Ultimately, the Patriots will sink or swim with Jalen Mills at cornerback until Gilmore returns.

Williams could play a role against big-bodied wideouts and pass-catching tight ends. But based on everything we’ve seen this summer, Mills is the teams’ best option.

If that worries you due to Mills’s struggles in Philadelphia, it’s understandable.

The Patriots will need to bank on Belichick’s magic to put players in positions to succeed and hope their rejuvenated pass rush gets home.