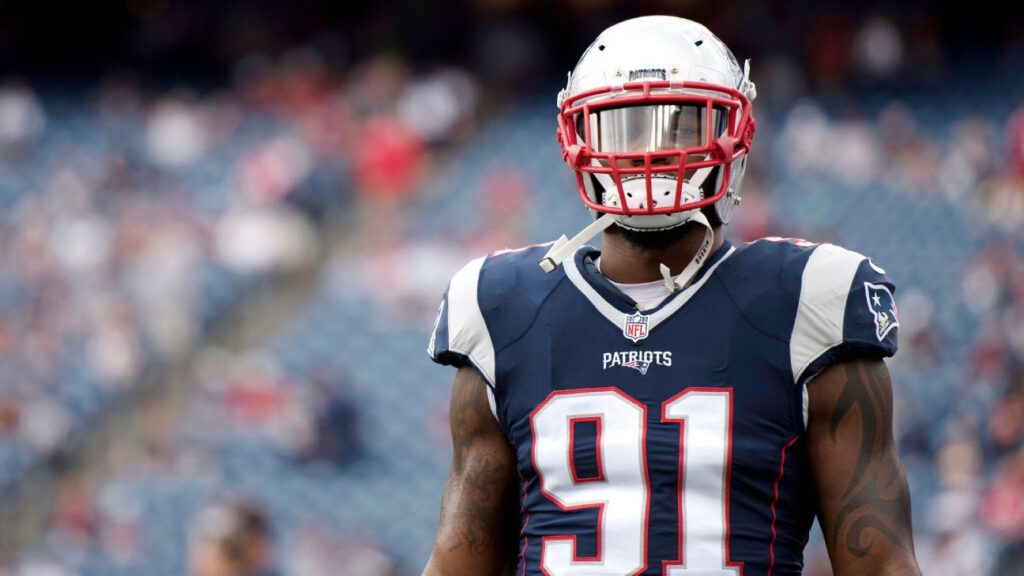 The Patriots reportedly made another addition to their roster bringing back a familiar face in linebacker Jamie Collins on Wednesday.

Collins, the 52nd overall pick by New England in 2013, spent the last two and a half seasons with Cleveland, and things did not go as planned after the trade from the Patriots.

The Browns inked Collins to a four-year, $50 million contract that, at the time, ranked fourth among linebackers based on average annual value.

My hesitation with a Collins reunion, which I voiced on twitter much to the chagrin of many of you, has nothing to do with some of the tropes we heard after his departure in 2016.

My issues with Collins’ play don’t stem from concerns about effort or freelancing but rather his ability to fit into the role-based principles that drive the success of the Patriots in all three phases.

To me, it’s not that Collins went rogue, but instead struggled to play his assignment and adapt on the fly; know your responsibility, understand what the offense is doing, react accordingly and do your job.

In his first three seasons, Collins was one of the best talents at the linebacker position in the league, but his undoing in New England was his inability to fit into the puzzle.

Under Bill Belichick, Collins’ versatility and skill were apparent, but the Patriots traded him instead of paying him because of his inconsistencies within their scheme.

And when he went to Cleveland, those problems were exacerbated in Gregg Williams’ defense as is the case for many role-specific players that play for Williams (cc: Jabrill Peppers).

Against the run, the Patriots take a gap-control approach something that Belichick refers to as “building a wall” defensively, and Collins lacks the discipline to do that consistently.

On this play, the Chiefs ran an outside zone handoff to running back Kareem Hunt. Collins (#51) is in the middle of the action. In this scheme, the Chiefs center will combo block on the DE and then climb to the linebacker at the second level. The key to shutting down this scheme, which the Patriots showed us in the Super Bowl, is vertical penetration. Collins has an opportunity to get upfield while the center is reaching the defender on the line of scrimmage, but he continues on a horizontal path towards the sideline getting himself washed down, and Hunt cuts back as is the design of the play into the gap vacated by Collins.

Here’s another example on a screen pass of Collins’ undisciplined approach.

This time, the Chiefs ran a screen pass to running back Spencer Ware. Collins finds himself on the backside of the play. Once the screen goes away from him, his responsibility is to contain the backside to prevent Ware from cutting across the field. But Collins comes at full speed across the field to get in front of Ware to make a tackle, finding himself out of position and opening the cutback lane for the Chiefs running back.

In more conventional coverage situations, the Browns were a heavy zone team which meant a high number of zone coverage drops for Collins.

With the Patriots, Collins was a solid coverage player matching up on tight ends and running backs and occasionally dropping into zones in the middle of the defense.

However, with the Browns, Collins struggled to drop into zone coverage, and it stemmed from his tendency to focus solely on getting to his landmarks.

In a spot-drop zone, players are coached to keep their eyes in the backfield, but it’s also important to identify the route combinations and adjust drops to where the receivers are going.

On this Travis Kelce catch, the Chiefs ran a play-action pass from under center. The Browns are in a two-high look with Collins dropping into the middle of the field. Once Collins reacts to the run fake, he turns his back to Mahomes and runs directly for his spot in the zone. By doing so, he loses sight of Kelce, and the Chiefs tight end cuts outside away from Collins for an easy completion.

Here, Collins has a similar assignment as the “runner” in the middle of a cover-2 zone. In this scheme, the middle linebacker has to carry the seam route by the tight end as the safeties widen towards the sidelines. Collins has his eyes in the backfield for most of the play until Kelce is even with him, then he opens up and runs with Kelce up the seam. If the pass rush doesn’t get to Mahomes, Kelce has a step and a half on Collins for a big play.

Again, none of these examples show Collins beating to his own drum.

Instead, what we are seeing is him failing to execute his assignment within the framework of the scheme, and the Patriots defense is at its best when all 11 players fit together.

WHERE DOES COLLINS FIT?

After every Patriots signing, whether I like it or not, I ask myself what does Bill Belichick see in this player that he feels it’s worth giving him a contract?

After all, Belichick knows more about football than all of us combined, and he saw something in Collins that led him to believe he could help the Patriots win a Super Bowl in 2019.

Collins’ best attribute in New England’s defense was his ability to rush the passer, and he did have four sacks last season, but many of them came on unblocked pressures.

Back in 2014, Collins ranked third among all linebackers with 26 quarterback pressures and followed that up with eight sacks in 2015, according to Pro Football Focus.

And although he had his issues in coverage with the Browns, he can still cover a lot of ground for a linebacker and gives the Patriots some upside in that regard.

Based on Collins’ skill set, and the fact that the Patriots have early-down run stuffers in Ja’Whaun Bentley and Elandon Roberts, Collins could stick as a passing down specialist.

Things were headed in that direction for Collins during the 2016 season before the Patriots traded him to Cleveland.

We also might see Collins’ alignment revert to his original role with the Patriots, which might have contributed to his decline in play with the Browns.

Simplifying things for Collins on passing downs and putting him off the line of scrimmage full-time could lead to improvement for the once Pro Bowler.