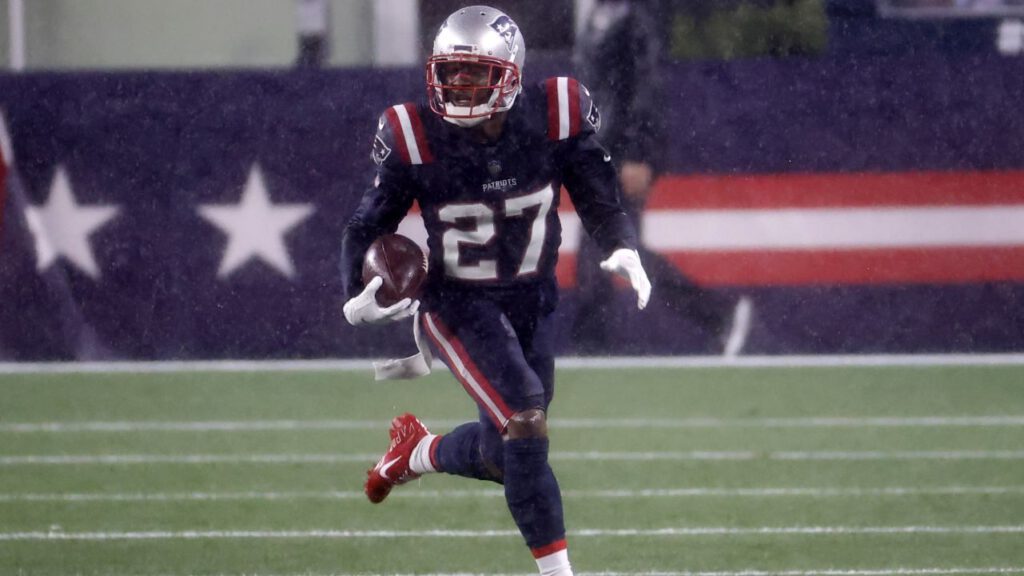 Since entering the league in 2018, throwing into Patriots cornerback JC Jackson’s coverage is the least efficient pass in the NFL.

In that span, Jackson has been targeted 192 times, allowing a completion rate of 51 percent and a passer rating into his coverage of 44.0, the lowest among all defensive players.

This season, Jackson is again in the top five in passer rating allowed (52.0, third) and has the second-most interceptions with eight.

Despite that insane level of production, the third-year pro out of the University of Maryland wasn’t named to the Pro Bowl roster, something that turned heads around the league.

As the Patriots head into an uncertain offseason with reigning Defensive Player of the Year Stephon Gilmore, Jackson, a restricted free agent, could be the next man up.

Although Gilmore’s presence forces teams to test Jackson, the 25-year-old is heading towards a big pay-day himself and could get it from New England as Gilmore’s heir apparent.

“I really don’t care, man. To be honest with you, I’m focusing on Buffalo right now,” Jackson said on Thursday. “I know I’m a Pro Bowler in my eyes and, like, it is what it is, man. Like who cares?”

How In the hell JC Jackson didn’t make probowl!!!

On the recognition from many of his peers who took to Twitter to recognize Jackson’s omission on the Pro Bowl team, he said, “like they knew. If you know, you know, man. That’s how I see it.”

According to his teammates and coaches, Jackson’s tenacious mentality even in practice and elite ball-hawking skills make him one of the NFL’s hardest corners to complete a pass on.

“JC is a very instinctive player. He’s got a good knack of being able to cover his man and still watch the ball,” said Patriots head coach Bill Belichick.

“He does a great job of locating the ball when he turns around when his back’s to the ball and turns around and can find it and locate it. He’s got very, very good skills in that area. So, he’s done a good job of improving every year, and I think he’s still got a lot of good football in front of him.”

Veteran teammate Adrian Phillips was another player that pointed out on social media that Jackson should’ve made the Pro Bowl, saying, “he definitely should have got in, it’s crazy that he didn’t.”

With those kinds of practice habits, it’s easy to understand how Jackson made the Patriots’ roster back in 2018 as an undrafted rookie and why he’s held in such high regard.

During his rookie season, Jackson described himself as a press-man corner, someone who wants to get up in the receivers’ face and disrupt them at the line of scrimmage.

Although he’s still very capable in that regard, recently, the Pats’ underrated star has changed his tune a bit, calling himself a “ballhawk” that can still play a sticky brand of man coverage.

The Patriots presented Jackson with more off-coverage opportunities this year to allow him to haunt for interceptions, and that’s exactly what he has done this season for New England.

I’m off-coverage, as opposed to press-man, the cornerback has eyes on the quarterback, and he can get a read on where the ball is going.

In Week 1, Jackson sealed the Patriots’ victory over the Dolphins with an interception from off-man coverage. The Pats ran a cover-zero blitz without a deep safety. Jackson plays his man with an outside shade opening towards the field, allowing himself to watch quarterback Ryan Fitzpatrick in the pocket and stay close to his man. When Fitzpatrick targets tight end Mike Gesicki in the slot, Jackson peels off his man to beat Gesicki to the ball.

“Like my coach says all the time, you’ve just got to be advantageous. I’m a ballhawk. I just make plays. Just play fast, go make plays on the ball,” Jackson told me.

In New England’s win over the Jets in Week 9, Jackson got another chance to be a ballhawk and make a play.

This time, the Patriots ran an inverted cover-two structure. Jackson’s role in the play is to replace the deep-half safety as Devin McCourty rotates into the box. The middle of the field open look makes the deep post tempting for quarterback Joe Flacco, but Jackson tracks the ball and ends up in a better position than the receiver.

Over the last two games of the season, Jackson will assume the top spot on the Patriots’ depth chart with Stephon Gilmore now on injured reserve with a partially torn quad.

In that first test as a number one corner, Jackson produced mixed results allowing 181 yards and two touchdowns into his coverage on the Bills’ Pro Bowler and Perriman in Weeks 8-9 (he also had two interceptions).

This time around, Jackson is hoping for better results to prove he belonged in the Pro Bowl while showing his head coach that he can take over Gilmore’s mantle if he were to leave this offseason.

“I feel like I had an OK season. I could have done much better,” Jackson continued. “I can be way better than I was this year, trust me. They haven’t seen nothing yet.”

As is the case for most good corners, Jackson doesn’t lack confidence and has positioned himself for a second contract with the Patriots.

In the past, New England has shelled out big-money for corners once, but usually not twice, and some haven’t received second contracts after their rookie deals expire.

The Patriots also let Pro Bowl corner Asante Samuel walk after falling out of favor with the coaching staff. Jackson doesn’t have a sour ending as Samuel did, but he probably best resembles the former Pats cornerback from a playing style perspective.

After playing on the franchise tag in 2007, Samuel, who got a little too big for his bridges for Bill Belichick’s liking, and was undoubtedly a ball hawk, signed a $56 million contract with the Eagles in free agency.

Other names such as Revis and Talib got their big deals elsewhere after stellar seasons with the Patriots, and Belichick even traded Hall of Famer Ty Law instead of re-upping his contract.

That last group of players was at different stages of their careers than Jackson, but it begs the question if Belichick thinks Jackson is worthy of a high-priced extension?

Although the Patriots are out of playoff contention, these next two weeks are Jackson’s chance to solidify his value to the team.