Who is still available for the Patriots to sign in free agency? 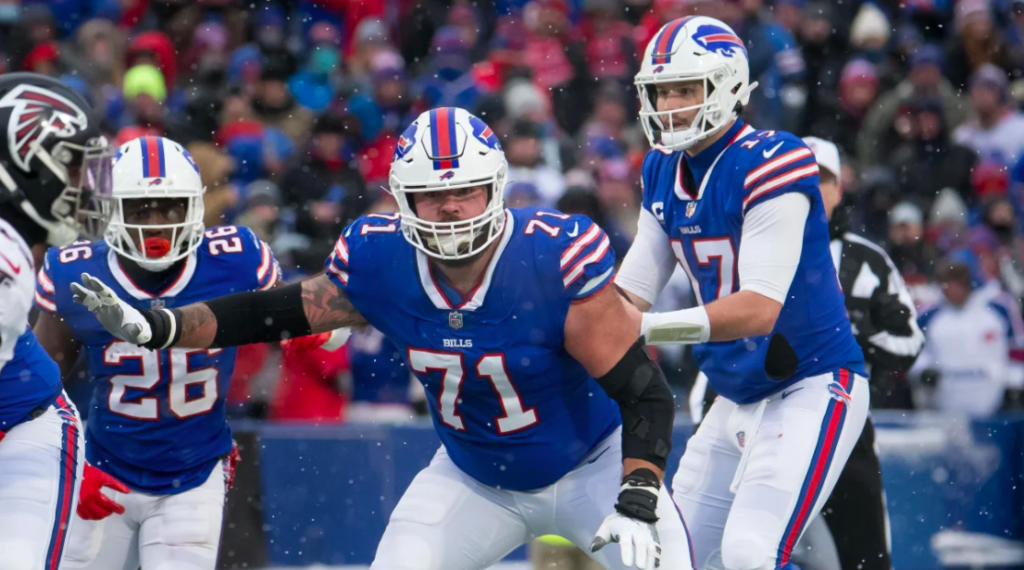 As the second free-agency wave continues, this is typically when Patriots head coach Bill Belichick does his best work.

After spending at a record-setting pace a year ago, New England sat out the initial wave of free agency, waiting for prices to drop and better value to present itself.

On Monday, the Patriots re-signed tackle Trent Brown and hosted four free agents on visits to Gillette Stadium, indicating that signings could pick up this week for New England.

Although running back Leonard Fournette re-upped with the Bucs, Bills RFA Ryan Bates and unretired corner Malcolm Butler remain unsigned after meeting with Patriots brass in Foxborough over the last few days.

According to a league source, Bates had a “great visit” with the Patriots, which included dinner on Sunday evening with Bill Belichick and other major decision-makers and continued into Monday. Bates spent a lot of time with Belichick and assistant offensive line coach Billy Yates. Bates will now meet with the Bears on Tuesday, then weigh his options as he plans to sign an offer sheet this week.

The Patriots are squarely in the running for Bates but are one of three teams in pursuit, while the Bills still hold the right to match any offer sheet he receives. He’s a sought-after commodity.

(Following the team re-signing Trent Brown and hosting Bates, we wrote about other free-agent and draft fits along the offensive line here)

As for Butler, his visit didn’t officially make the NFL’s transaction wire on Monday (Bates and Fournette’s did). A reunion is obviously possible, hence the visit, but this could also be the Patriots doing their due diligence after a year away from football for the former Super Bowl hero.

Along with Bates and Butler, there are still talented players available on the free-agent market.

At this stage, the contracts those veteran players were hoping to sign likely aren’t coming to fruition, which means Belichick could swoop in on a discount for a bigger name than anticipated.

Although we saw it more in the Brady era, players could still feel that a one-year prove-it deal knowing that Belichick will maximize their skill set could allow them to reset their market for next offseason.

With that in mind, here are the top remaining free agents for the Patriots as things currently stand:

Let’s get positionless! With the Chiefs moving on to Justin Reid last week, it feels like the original contract projections for the Honey Badger will not be accurate, and nobody uses versatile chess pieces better than Bill Belichick. After losing J.C. Jackson and Stephon Gilmore in the last calendar year, the Pats need talent in their secondary and can figure out roles later. Matthieu is still one of the best ballhawks in the league who can wear multiple hats. He’d be an immediate talent upgrade.

After tearing his ACL in the Super Bowl, Beckham will probably return in mid-October, so the team he signs with is paying for only a portion of the season. Speaking to a source close to Beckham, it wasn’t a surprise to those in his camp that he signed with the Rams last season. Beckham told those around him that he wanted to play in LA the offseason before the Browns released him, and that’s where he ended up. With that said, Beckham also noted during Super Bowl week that the Patriots were in the running, and he proved in the postseason that he’s still a potent offensive weapon when healthy. Beckham is expected to recover fully, and the Rams signed Allen Robinson to a hefty contract. He could be on the move.

Barnett’s projected deal would be way out of the Patriots’ price range this offseason, but if his market is softening, there are reasons to link him to New England. First, Belichick is always up for taking a chance on former first-round picks who went too high for the Pats to draft them. Barnett went 14th overall to the Eagles in 2017, and his all-around skill set to play the run and rush the passer gave us Pats vibes in the 2017 draft. Plus, his agent happens to be Drew Rosenhaus, who has a great relationship with Belichick and several clients on the Patriots. Belichick could persuade Rosenhaus to let him max out Barnett on a short-term deal to get his payday down the road, while Barnett could fill the void left behind by Kyle Van Noy.

Love, love, love the idea of the Patriots reuniting with Hicks on a short-term deal. The 32-year-old still has juice as a power five-technique or interior rusher in sub-package situations. He’d play off Barmore well and make more impact plays behind the line of scrimmage than Lawrence Guy, Davon Godchaux, and Deatrich Wise. The Pats need another playmaker along their defensive front. Although the draft has great options at IDL, too, adding Hicks to the mix would allow them to address more immediate needs on defense such as linebacker and corner early in the draft.

Another potential reunion that makes sense for both sides; Flowers belongs in a Belichick scheme that will use his unique build and instincts productively. We know Flowers can rush from multiple alignments. He sets a sturdy edge as an early-down run defender over offensive tackles, then moves inside on passing downs to effectively rush the quarterback. Although they’re different players, Flowers would fill some of the roles played by Van Noy as well.

If a contract worth north of $10 million per season was out there for Valdes-Scantling, he’d already be signed. We were able to confirm early on in free agency that the Patriots reached out about the Packers free-agent wideout, but their level of interest is unknown at this time. The assumption was that MVS would re-sign in Green Bay after they traded Davante Adams, but a deal still isn’t done there. Although you need to be wary of an overpay here, Valdes-Sctantling is a caple field-stretcher who brings the size/speed mismatch on the outside the Pats want.

Even at 33 years old, Joseph is still a physically dominant run-stuffing nose tackle who absorbs contact and occupies multiple blockers on the interior. Godchaux isn’t a true nose in New England’s system, fitting better over the guard or even further out as a 4i/B-Gap player. He even said as much when he told me that he preferred the Pats’ big-bodies package when Carl Davis would play on the nose last season, allowing Godchaux to rush further outside. Joseph would give them a Wilforkian nose, so Godchaux and others could play in a more natural spot.

Following his release from the Titans, the 33-year-old corner is a street-free agent who won’t count against the compensatory pick formula for his next team. Jenkins is scheme versatile with experience in four different systems and was in a familiar scheme in Tennessee. He might not be the man coverage corner he once was, but Jenkins would be a good veteran addition to a CB room searching for reliability at the moment.

Nelson has always been a player we thought would fit well in New England: competitive, physical, and not afraid to crowd receivers at the line of scrimmage in press-man. He competes well in both man and zone coverages, is a hard-nosed run defender and is still only 29. He doesn’t possess the ideal size for an outside corner, but he held up fine out wide last season in Philly. The Pats signed Jalen Mills away from the Eagles last offseason. Could they do it again?

I’m not the biggest fan of signing Wagner because his best years are behind him, and completely changing schemes as a 31-year-old isn’t an easy task. The former Seahawks MIKE linebacker isn’t completely washed, but his impact plays waned with Seattle down the stretch last season. Plus, he would be undergoing a significant system switch from the Seattle-3 scheme to a man-heavy defense that asks different things of their inside linebackers. Wagner is a big name worth mentioning, but I’m not sure there’s a fit due to age and scheme. My gut tells me he ends up in Dallas somehow.

Contract projections via Over the Cap