Bengals wide receiver Ja'Marr Chase is now the betting favorite for Offensive Rookie of the Year. 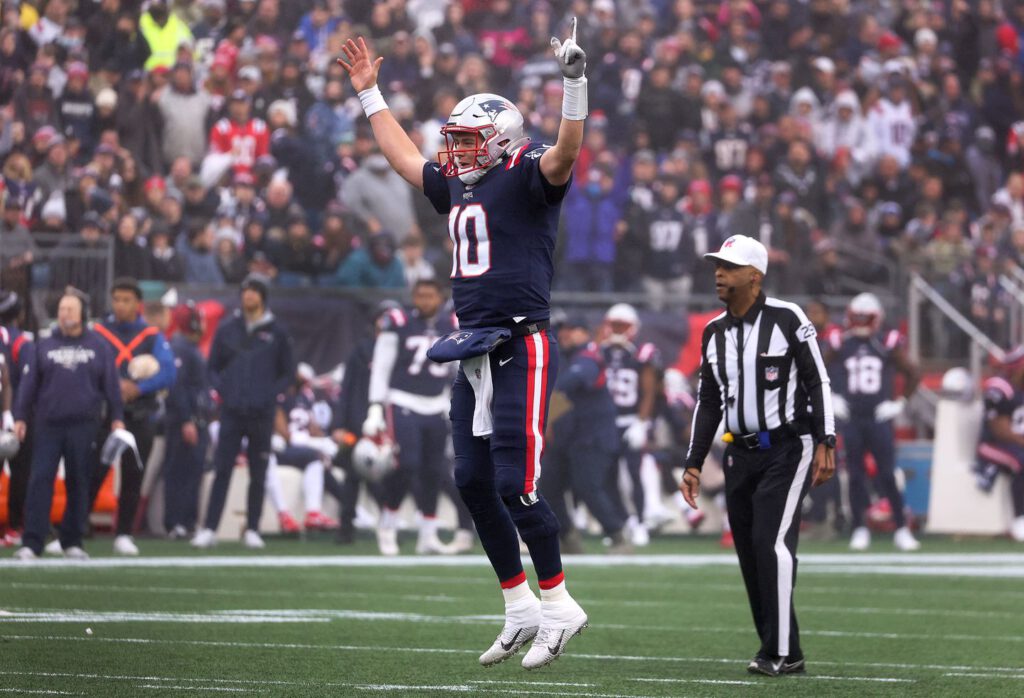 The never-ending debate with NFL awards: is it the “best” or “most valuable” player in a given season?

In the case of the Offensive Rookie of the Year, most agree Bengals wide receiver Ja’Marr Chase is the best rookie in the 2021 class.

Chase’s outstanding first season includes 79 catches for 1,429 yards and 13 touchdowns. The Bengals wideout is top five in receiving yards, receiving touchdowns, and leads the NFL in yards per reception.

The fifth overall pick in the 2021 draft is instantly playing like a top-five player at his position and is now BetOnline.AG’s favorite to win Offensive Rookie of the Year.

However, there’s no debate about who is the most valuable offensive rookie after a season that stacks up with the best first-year quarterbacks over the last decade.

Patriots rookie quarterback Mac Jones blows Chase away in terms of pure value to his team.

According to Pro Football Focus, Jones has produced substantially more wins above replacement (WAR) than Chase and is PFF’s ninth-ranked quarterback only 16 games into his NFL career. In fact, Chase is ninth among all rookies in PFF WAR.

Furthermore, Pro Football Focus concludes that Jones is producing at a level consistent with a quarterback who makes $22 million more than his current salary in the first year of his rookie contract.

Jones has also generated substantially more total expected points added than Chase and his rookie season is consistent with past OROY winners. 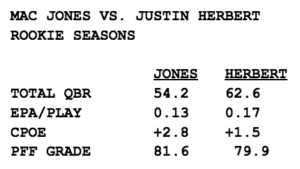 For example, Chargers quarterback Justin Herbert’s rookie season was slightly better than Jones’s in some categories, while the Pats’ rookie edges Herbert in completion percentage over expectation (CPOE) and PFF grade. 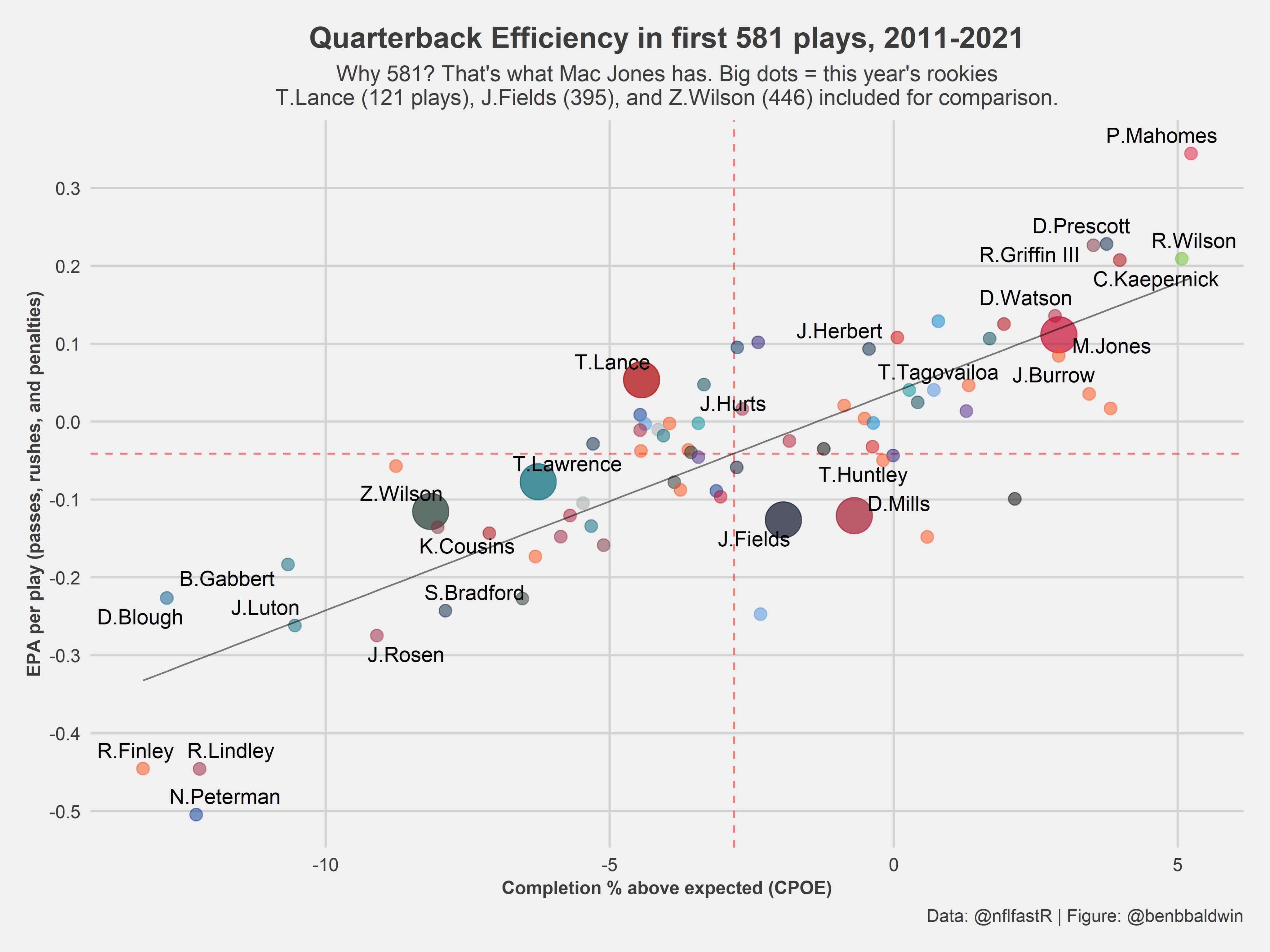 Plus, Jones’s season stacks up with the best rookie quarterbacks in recent history, grading in the top quadrant since 2011 among first-year QBs.

There are also subtle nuances to Jones’s game on film that show a quarterback who is wise beyond his years and explain how he has led the Pats back to the postseason in his first year under center.

Good stuff on this levels concept by the #Patriots:

In the sequence above, Jones reads out the defensive structure to throw completions on the same concept to all three receivers in his progression, showing an excellent ability to play within the structure of Josh McDaniels’ scheme.

Then, there are big-time throws down the field where Jones holds deep safeties with his eyes and drops dimes such as on the deep crosser to Nelson Agholor here.

We also see Jones improvise and make plays with his legs more than draft pundits expected.

Lastly, another indication of good quarterbacking is strong situational football. For instance, the Pats offense is seventh on third down and sixth in third-down conversion rate over expected.

Here, Jones reads the robber/rat defender taking the first in cut and waits for the second dig route to come available over the middle, throwing a strike to beat the safety to the spot.

Voters will knock the Patriots’ rookie because Bill Belichick is his head coach and New England’s roster mostly skews to veteran players, even though it’s Jones’ $2.8 million cap hit that gave Belichick the flexibility to go on his free-agent spending spree last offseason.

Jones led an offense to what will likely be a top-ten in both points scored and EPA per play with a supporting cast that includes zero career Pro Bowlers or even 1,000-yard receivers.

Mac is the 15th full-time starter to take his team to the playoffs in his first season since 1950 and only the eighth to win ten or more games in his rookie campaign.

Ultimately, the Patriots and Jones are focused on bigger things than end-of-season awards.

Still, Jones’s case for Offensive Rookie of the Year is significantly better than the 180-degree turn the race did after Chase’s 266-yard, three-touchdown outburst in Week 17.