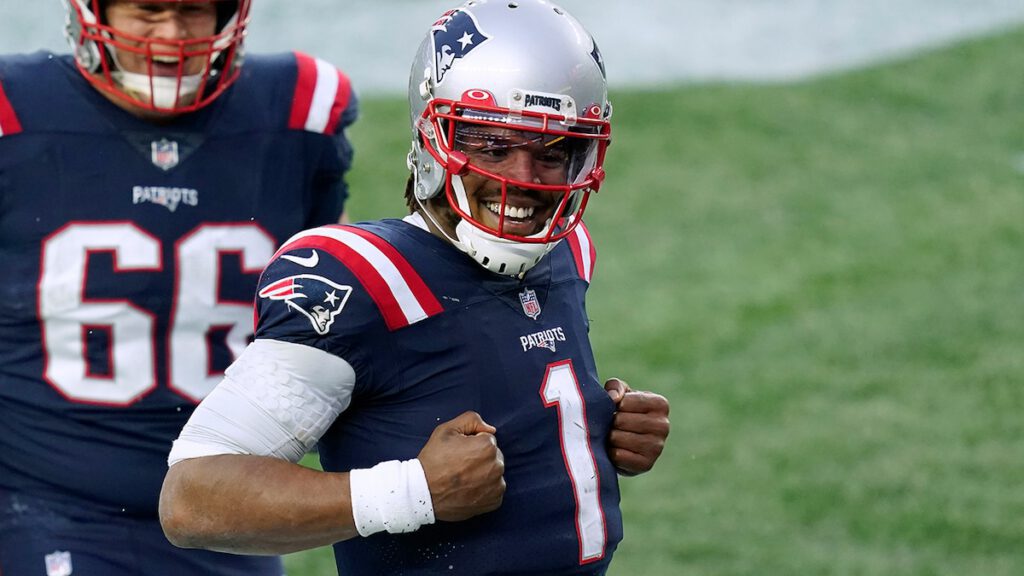 The Patriots are bringing back quarterback Cam Newton on a one-year, incentive-laden deal worth up to $14 million, according to multiple reports.

New England re-signing the former MVP after a shaky 2020 season is not surprising, and there’s important context to consider both about his performance a year ago and the QB market.

First, the Patriots tried to upgrade the veteran quarterback on their roster but were rebuffed.

According to a league source, New England called the 49ers recently about the availability of former Pats quarterback Jimmy Garoppolo but were told that Garoppolo wasn’t available right now. Similarly, they were told by the Raiders that Derek Carr was also not on the trade block.

And as we’ve reported multiple times, the Patriots were not impressed by the free-agent class at quarterback; they had no interest in Ryan Fitzpatrick, Jameis Winston, or Mitchell Trubisky, or anyone else.

Fitzpatrick is the one name that could’ve made sense out of that list, but the Patriots think that Newton’s 2020 season was rock-bottom and that Fitzpatrick, with zero experience in the system, doesn’t present an upgrade for them in their short-term outlook at quarterback.

The most logical choice was then to bring back Newton, who is rejoining the team on a contract that’s a “bet on yourself” deal filled with incentives if Newton starts and performs well.

In the first two weeks of last season, Newton’s rhythm and mechanics within the framework of the offense Patriots offensive coordinator Josh McDaniels altered around him were in-sync.

Newton’s progression speed, footwork on his throws, and timing within structure slipped away as the season wore on, due in part to a battle with COVID-19 that stalled his season a year ago.

Although the Patriots believe Newton can play better, this agreement to bring back the 31-year-old by no means takes them out of the quarterback market moving forward.

The Patriots continue to do extensive work on the 2021 quarterback class while obviously keeping their intentions close to the vest. The vetting included a trip to the presumptive number one pick Trevor Lawrence’s showcase, and the expectation is the Pats will attend Pro Days for all the top quarterbacks.

At this juncture, I’m told the Patriots also like the depth of this QB class, which could hint at an interest in Texas A&M’s Kellen Mond, Wake Forest’s Jamie Newman, or Stanford’s Davis Mills.

On the surface, re-signing Newton might panic Patriots fans into thinking we are heading for another 7-9 season where the team falls well-short of the product we are used to seeing.

However, the deal is being portrayed more as Newton being a part of a quarterback room that will likely have at least one other option with starter upside, not including Jarrett Stidham.

The Pats wanted to lock in a veteran quarterback before the start of free agency in hopes of luring pass-catchers to New England; they knew they had no chance with Stidham as the lone quarterback rostered.

Although today’s news is that Newton is back, the Patriots aren’t done adding at quarterback.