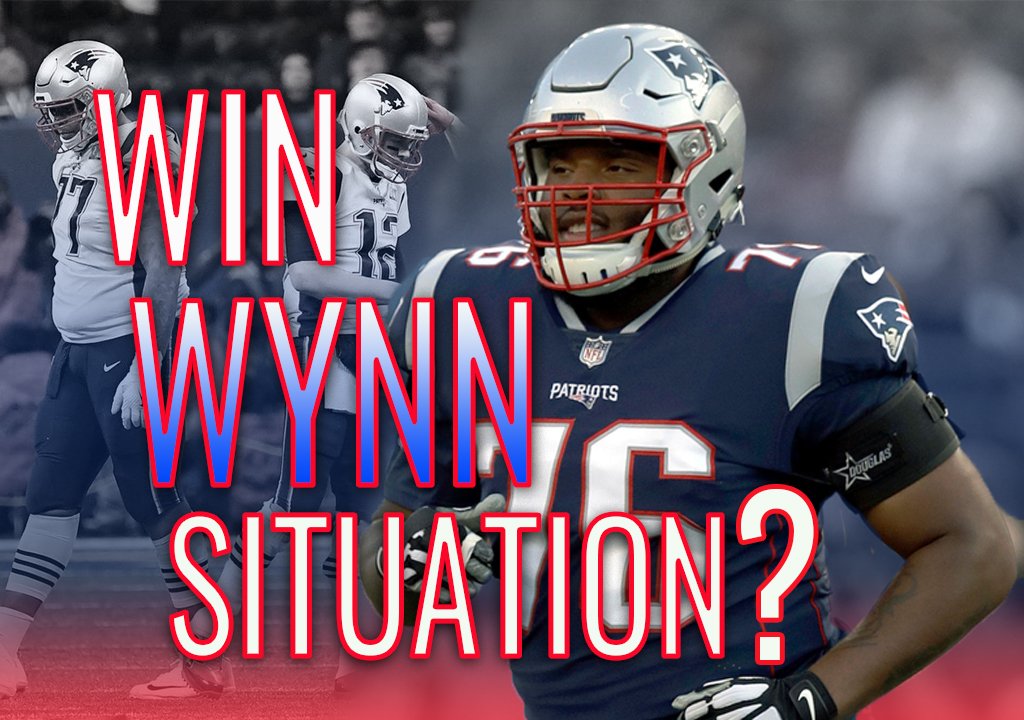 The Patriots are on the verge of possibly turning over their left tackle position for the second season in a row.

Longtime starter Nate Solder jetted to the New York Giants for a record deal a year ago, and the Patriots filled the void last season with 25-year-old Trent Brown.

Like Solder, under the tutelage of Dante Scarnecchia, Brown played himself into a lucrative deal when free agency opens in a couple of weeks, making it unlikely that he’ll be back in New England.

Brown doesn’t have the resume of a multi-year starter on the left side to land a record-breaking deal like Solder, but he’s looking at somewhere around $10 million per year on the open market.

If Brown becomes too costly for the Patriots, New England’s top selection in the 2018 NFL Draft, Isaiah Wynn, is the frontrunner for the starting left tackle job.

After tearing his Achilles nine snaps into his first preseason, Wynn’s ability to hold up against NFL competition remains an unknown.

Yes, we knew Brown could hang in the league, but the situation isn’t all that different given the uncertainty that many had, including the Patriots’ coaching staff, when Brown opened camp as the starting left tackle last July.

With his rookie season lost to injury, it’s easy to forget what made the Patriots select Wynn 23rd overall out of the University of Georgia.

Below is a reminder of what the Patriots saw in Wynn that should make fans feel at ease if Brown does walk in free agency:

In his senior season with the Bulldogs, Wynn only allowed five quarterback pressures on 328 pass blocking snaps.

For Wynn, his pass blocking prowess comes from incredible technique combined with unique flexibility and foot speed for a man of his size.

His pass sets are clean as he regularly hits his landmarks and understands the angles of the game putting himself in between the pass rusher and quarterback.

Here’s a sequence of Wynn against now Titans linebacker Rashaan Evans in the National Championship Game two year ago. Tennessee selected Evans the pick before the Patriots took Wynn.

First, look at Wynn’s left foot and the distance he gets out of his stance. Even comparing it to his teammates along the Georgia offensive line you can see how explosive he is off the snap.

Then, he shuffles his feet quickly in his next two steps to win the half-man relationship with Evans or square him up to cut off his path to the quarterback, and notice the knee bend allowing him to change direction at a moments notice.

Now here’s the full play. Evans goes to a spin counter move to try to get around Wynn, but the now Patriots tackle easily slides his feet to stay in front of him.

To hold pass rushers in the SEC and CFP to five pressures is no easy feat, and Wynn did it with perfect pass sets and footwork.

As a run blocker, Wynn isn’t necessarily a mauler, but his timing, foot speed and hand usage are flawless.

Here, Wynn blocks a defender head up on him in the Bulldogs’ zone blocking scheme. Wynn is going to win this rep with knee bend to lower his pads, leg drive to push the defender back and then heavy hands and arm extension late to seal the edge for a long touchdown run. The flexibility to sink his knees and hips to get underneath the defender and then come with strong inside hands is the good stuff.

Wynn’s plus-athleticism also allows him to be an effective blocker on the move. He was used frequently as a lead blocker on tosses and outside runs out on the perimeter.

Georgia ran a crack toss on this play with Wynn targeting the outside cornerback. He locates his target and squares him up on the move with ease pushing him back and then burying him into the turf sparking another explosive run. Those types of blocks look easy, but for 300-plus pound lineman at full speed, it’s not.

On this play, Wynn chips the end before climbing to the linebacker the second level. Wynn pushes the end onto the tight end to help him control that block then pops the linebackers leading the way for Michel into the end zone.

We’ll see if Wynn can put on muscle mass to add elite power to his arsenal. But for now, he has all the tools to execute the blocks that the Patriots will ask of him in their scheme.

Naturally, people will have their doubts until Wynn proves that his game translates to the NFL level.

However, he showed time and time again in a power-five conference that he’s more than capable of doing so, and was a consensus first-round pick by the masses and projected to be an instant starter.

In fact, there were times in training camp where Wynn took snaps over Brown with the starting offense before his injury.

We’ll never know what would’ve been of Wynn’s rookie season and he’ll need to put the Achilles injury behind him.

But at some point in the near-future, Wynn will take over at left tackle for the Patriots.