Harris is third among all running backs in Pro Football Focus grade this season. 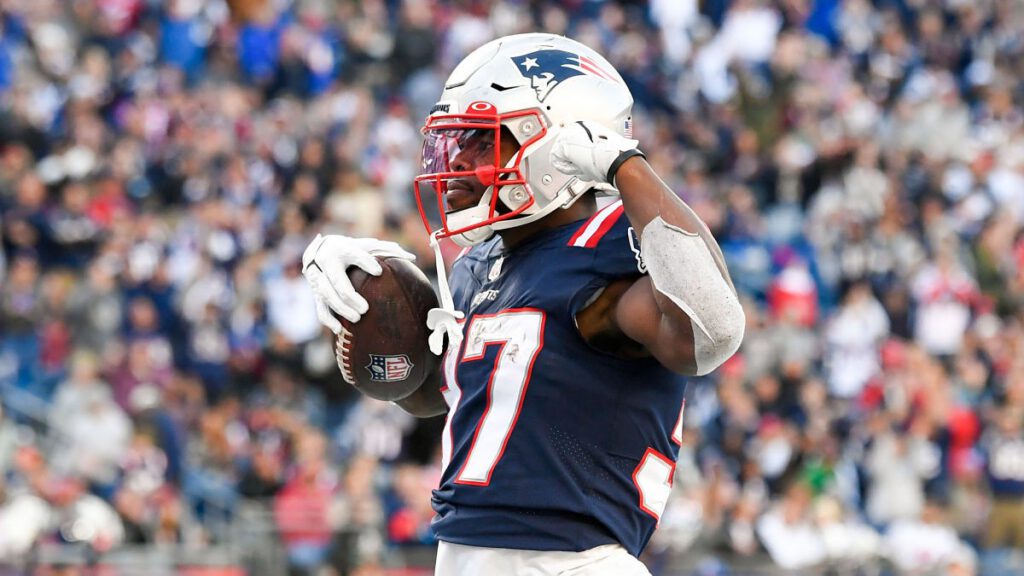 Belichick still doesn’t care about your fantasy team, but there may be an exception to the rule for the Pats this season with third-year running back Damien Harris.

Although Tennessee’s Derrick Henry, Cleveland’s Nick Chubb, and others get more national attention, we should start talking about Harris as one of the NFL’s premier ball carriers.

According to Pro Football Focus, Harris has the third-best overall grade among running backs (83.5), is seventh in both rushing yards after contact (311), and forced missed tackles (20). Furthermore, 45.1% of Harris’s rushing yards are over expected (seventh-best in NFL).

By the metrics, Harris is, at worst, a top-eight running back in the league and is trending upwards.

Plus, he’s a perfect fit for the Patriots’ power rushing scheme due to his size, power, burst, vision, and patience to stay behind pullers and fullback Jakob Johnson before exploding into the secondary.

“Damien’s been a very good player for us. He has done a good job of (maximizing yards),” Patriots head coach Bill Belichick said last week. “He has a ton of respect from every player and coach in this organization, as he should because he’s earned that. That’s not something you get from talking or some kind of false image. You get it from day after day, consistent performance and dedication, and he’s the poster boy for that.”

Last week, Harris added to his league lead with his fifth rush of 20-plus yards with excellent vision and burst on a 32-yard gain.

In the play, the Pats call a single-back draw where they have tight end Hunter Henry and wide receiver Jakobi Meyers crack block defenders in the box. Out of the corner of his eye, Harris sees Jets cornerback Bryce Hall give up contain on the outside, following his man coverage assignment into the box (Meyers). Harris takes the green grass vacated by Hall, bounces it outside, and takes off on an explosive play.

In the loss to Dallas, Harris had another 100-yard performance with two rushes of 20-plus yards.

Here, the Pats ran a wham scheme. Center David Andrews puts himself through to the second level, and fullback Jakob Johnson blocks the nose tackle. Harris sees Cowboys linebacker Leighton Vander Esch step into his initial rush path, and with no wasted steps, cuts across Andrews’s block to daylight. The lateral movement to change course without gathering with multiple steps is unique, and Harris finishes the run by dragging defenders for a few extra yards.

The offensive line does most of the work on his second explosive run to get Harris through the initial entry point on a fullback counter scheme. Harris stays patient behind his blocks, and once he gets into the secondary, it takes a host of Cowboys to get him on the ground.

Harris’s teammates point to his finishing, physical style, and football IQ as traits that allow him to operate effectively as New England’s lead back.

The Alabama product is on pace for his first career 1,000-yard season with double-digit touchdowns and is responsible for 56.5% of the Patriots’ rush attempts this season.

In a rushing attack that typically spreads around the carries, Harris is developing into a true lead-back and is quietly becoming on the NFL’s best.