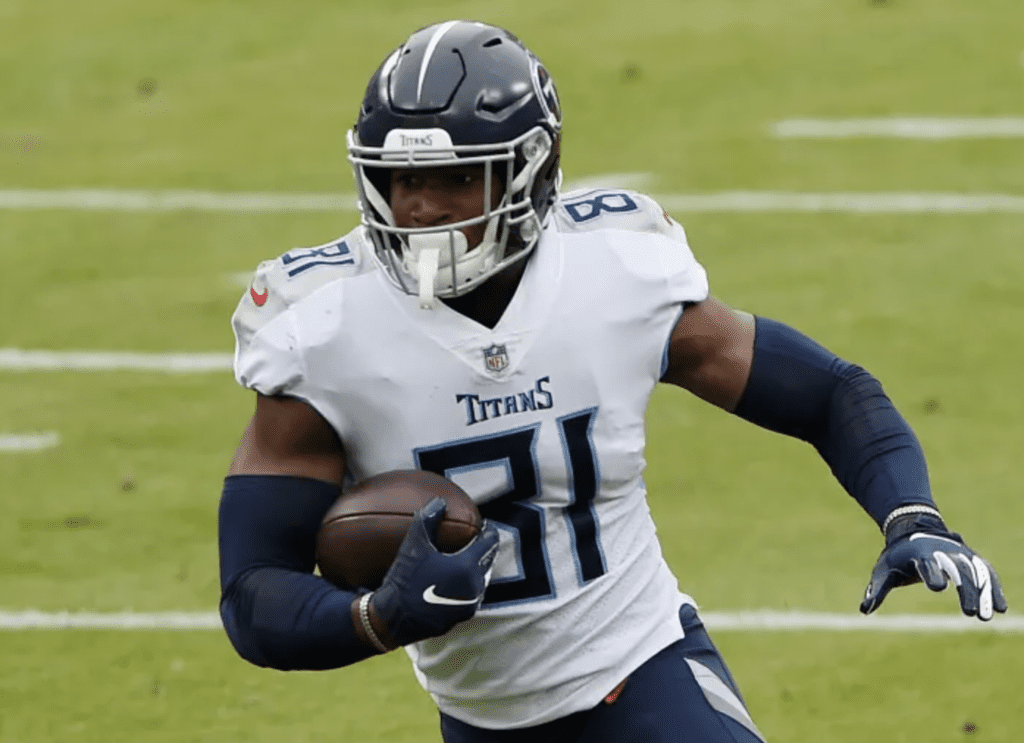 The 25-year-old tight end was New England’s top target in free agency, and for a good reason, as his career is on an upward trajectory heading into his prime years for a player at his position.

Over the last two seasons, the Patriots were dead-last in the NFL in receptions, yards, and touchdowns from their tight ends. With Smith on board, that will change.

Smith is an excellent blocker from multiple alignments, a vertical threat between the numbers, a schemed ball carrier that leads all tight ends in YAC over expected since 2019, and had eight red-zone touchdowns last season; he’s a perfect fit and chess piece for Josh McDaniels.

Here are several aspects of Smith’s game that stand out while watching him on tape:

VERTICAL THREAT BETWEEN THE NUMBERS

First, Smith’s ability to make chunk plays by running vertical routes between the numbers will be a welcomed sight for Patriots fans.

Here, Smith is detached from the formation to the quarterback’s right as the point man in a stack alignment out of the slot. The defense falls into a cover-three zone, and when the Titans send two vertical routes up the field to the right side of the formation, it leaves Smith with space up the seam. He goes up to make the catch in traffic and secures it with the safety closing.

Smith is in-line now running out of a two-point stance to the quarterback’s left on this skinny post. He gets skinny to avoid the jam at the line of scrimmage, reads the zone-dropping linebacker, and curls his route into the cover-four void between the numbers for another big play.

Here’s a New England staple that Smith naturally does well: working crossing routes off play-action. The Patriots ran similar schemes to the one above at-will with Rob Gronkowski. The quarterback gets the underneath linebackers to bite on the play-action fake. Smith runs across the formation behind the linebacker level to haul in the pass. Then, he nearly scores, and you see his ability to run after the catch.

Smith’s ability to work the seams and run crossing routes between the numbers will reinvigorate an aspect of the playbook in an area of the field where the Patriots once dominated.

Another aspect of Smith’s game as a receiver that will help the Patriots’ offense immensely is his ability to win in the red zone, both with his versatility and contested-catch ability.

Smith is once again running up the seam here. When he’s initially covered, he works himself into some daylight, and Ryan Tannehill puts the ball up for him to make the grab.

Having a strong contested-catch receiver that can create touchdowns by playing above the rim will be massive.

The Titans also found creative ways to get Smith the ball in the red zone. On the play above, they hand the ball off to Smith on a jet motion, and he out-runs the defense to the corner. Remember, that’s a tight end, not a receiver, getting the ball in his hands on the jet—that kind of player.

YARDS AFTER THE CATCH

Lastly, the one area that excites me the most about Smith’s skill set is his ability to create with the ball in his hands, as we already gave you a glimpse of on the jet motion touchdown above.

Smith’s 2.5 yards after catch over expected leads all tight ends since 2019, with the next closest tight end being 49ers All-Pro George Kittle.

Here, the Titans run a “chip” tight end screen to get the ball in Smith’s hands. He acts like he’s going to block and then releases into the flat and does an excellent job of setting up his blocks in the open-field to pick up 22 yards.

Along with schemed touches to utilize his YAC abilities, Smith also created yards on his own as a ball carrier.

This time, the Titans run Smith across the field off of hard play-action once again on a carbon-copy play design of New England’s “Charles Barkley” scheme. This time, Smith pulls away from the Saints defense and score a 41-yard touchdown.

On the surface, Smith’s stats outside of his eight touchdowns aren’t flashy (41 catches, 448 yards). However, there’s significant potential with his athletic profile for better production.

The new Pats tight end ran in the 83rd percentile among tight ends at the combine with a 4.62-second 40-yard dash at 250 pounds. Overall, this is a 93rd percentile SPARQ athlete.

With that kind of athletic profile, and the steady increase in production each season, all signs point to Smith exploding in the stat sheet with more targets and in a perfect offense for his skills.

New England’s offense hasn’t had anything close to Jonnu Smith over the last two seasons.