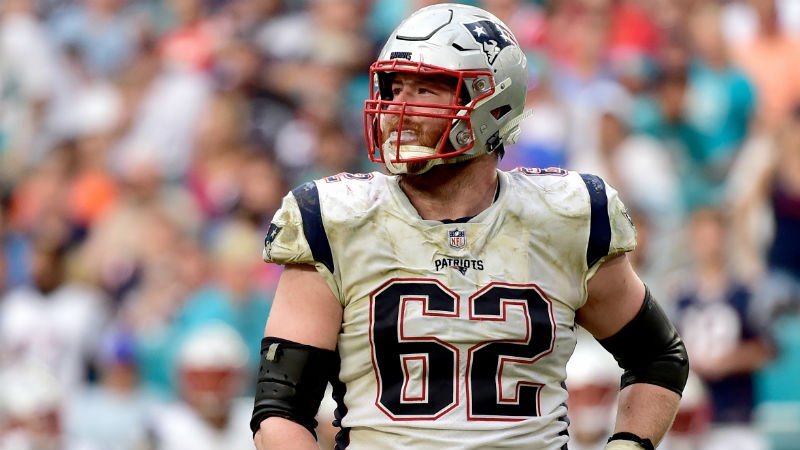 The Patriots are placing the franchise tag on standout left guard Joe Thuney, his agent confirmed via Twitter on Monday.

Initially, we saw this as a tag-and-trade scenario, but the Patriots quickly rebuffed that theory in an official statement, at least for now.

“Joe has been a model teammate and an essential element to our success since joining our team in 2016. Utilizing the franchise designations allows both sides more time to try to reach the goal of a long-term agreement,” the statement says.

The Patriots coaching staff has repeatedly praised Thuney for being one of the most dependable and consistent players on the roster. These two qualities are at the top of Belichick’s checklist, so it comes as no surprise that the team values Thuney highly.

Since the Patriots drafted Thuney in the third round in 2016, he has played 99.4 percent of snaps, started all 74 games including playoffs, and only allowed one sack in the last two seasons; Thuney is one of the best guards in football and an elite pass protector.

Still, there are a couple of possibilities with Thuney moving forward, including a tag-and-trade scenario that would net New England a superior asset to a 2021 compensatory draft pick.

If Thuney left the Patriots as an unrestricted free agent and signed a lucrative deal, New England would likely receive a third-round draft selection in the 2021 draft. By tagging him, they open up the possibility of receiving an immediate asset for one of their best offensive players. For example, they could now flip Thuney for a 2020 draft pick or a player.

After signing safety Devin McCourty and special teams ace Matthew Slater, Thuney’s tag number would take up most of the Patriots’ remaining cap space, leaving them little wiggle room for any other moves, including re-signing quarterback Tom Brady.

Although Belichick is creative with the cap, the expectation is that this is a tag-and-trade scenario for Thuney. The question now is, what will New England get in return?

The possibility of a significant trade to add a pass-catcher is something the Patriots continue to explore this offseason.

Along with compensation considerations, a league source told CLNS Media that both the New York Jets and Miami Dolphins planned to pursue Thuney in free agency aggressively.

Belichick’s motivation to tag Thuney could also include keeping the homegrown talent out of the AFC East, and away from the division rival Jets and old friend Brian Flores in Miami.