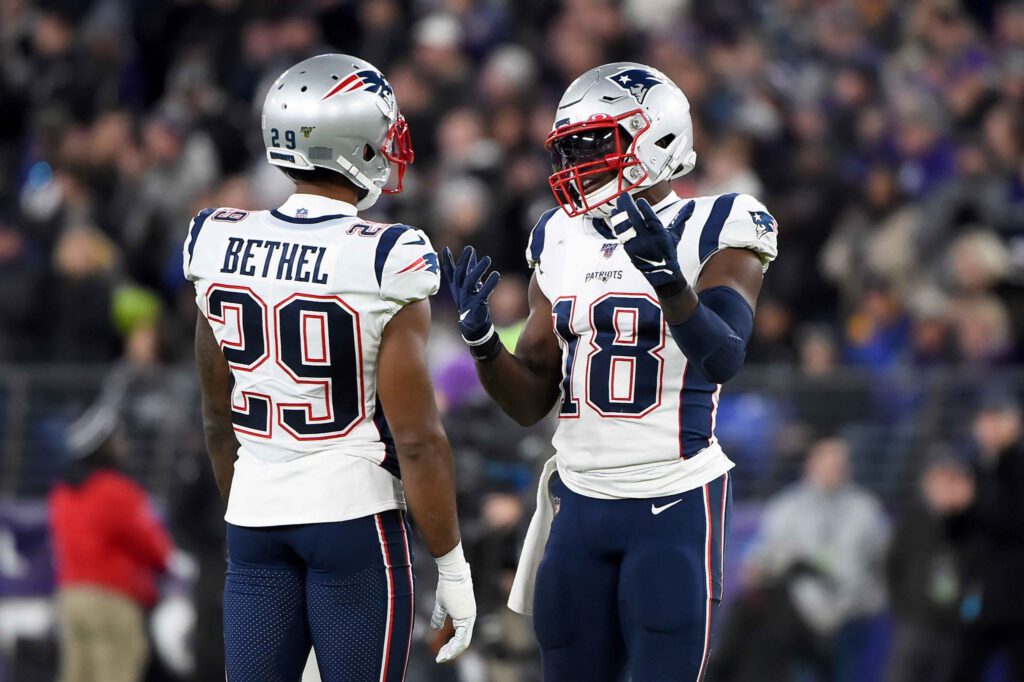 Before he became the greatest head coach in NFL history, Bill Belichick had a long run as an assistant that included six seasons as the special teams coordinator for the New York Giants.

Belichick’s emphasis on the kicking game is well-documented, with the Pats czar often going into long-winded answers on all things special teams.

As someone that treats special teams as an equal phase of the game to offense and defense, Belichick puts his money where his mouth is when constructing New England’s roster.

Belichick’s investments this season have paid off, as the Patriots have the second-best special teams grade in the NFL, excluding punters and kickers, according to Pro Football Focus.

And their punt coverage unit has the best DVOA in football through nine weeks, per Football Outsiders.

“It’s always good to have a good, core group of specialists, of core special teams players,” Belichick told CLNSMedia.com. “You always want to have a few core guys to do that. We’ve been very fortunate to have a very good group through the years and this year.”

“And then that’s not enough, so you need to usually supplement that with some other – either a handful of guys, or maybe it’s a number of players that are maybe playing one or possibly two teams to fill it out. But, yeah, you always want to have a few core guys to do that.”

Bethel is only two games into his Patriots career, but seeing Slater, who played in some goal-line packages on offense this season, or Ebner outside of the kicking game is a rare sight.

“I think everyone knows why we are on the team,” Slater said. “In my case, it’s not to catch touchdown passes, and in Nate’s case, it’s not for him to go out there and play 80 plays of defense. We know what our roles are.”

The future Patriots Hall of Famer, who might have an outside shot at Canton, knows that without Belichick’s strong emphasis on special teams, he probably has a very different NFL career.

“I don’t think I would’ve had this kind of career if I played anywhere else. A lot of coaches will say that they care about the kicking game, but I think coach [Belichick] really understands the importance of it. He values having the right kind of guys that are going to buy in and be able to be leaders, coaches on the field if you will, and we have those types of guys. I feel blessed to have played for coach all these years.”

Slater, who has made seven Pro Bowls as a special teams ace in his career, is currently eighth among special teamers in Pro Football Focus’s grading this season.

As the unquestioned leader of the group, Slater has a unique practice routine where works alone on his craft with special teams assistant Cam Achord and Kevin Spencer.

Instead of working on offense or defense, Slater works on the techniques that he’ll use in games, such as practicing his releases at the line of scrimmage as a gunner in punt coverage.

With Bethel now in the mix, the eight-year Pro that idolized Slater as one of the best to ever cover kicks is now working alongside Slater at Patriots practice.

“I’ve been following him around and shadowing him and how he does his practice,” Bethel said last week. “It’s definitely given me a chance to fine-tune what I do. We talk about things like if I see something, I would’ve done this, this, and this. Then he’ll see something he saw and talk about it. We bounce ideas off of each other and take from it what we can.”

Slater is also getting the most out of working with Bethel, adding with a big smile, “he’s done a lot of the stuff with us, which has been great. The thing about Justin and I, we play the same position on punt team [gunner] and some other positions that are similar, but I think we’re very different in our skill sets, so it’s been great to see him work and ask him questions and pick his brain on things.”

As for Ebner, his practice routine is more fluid, depending on the game plan.

“I do whatever I need to do that week. Sometimes it just depends on the week. Whatever my role is that week, I focus more on that, whether the team needs me on defense or special teams or need to work on something specific. I kind of take it as it comes,” Ebner told me.

Although the three don’t always work together at practice, their focus is solely on helping the team win games through their phase on the team.

“When you are around a group of guys that have been doing this awhile and have an appreciation of the intricacies of the game and the little details, it really becomes fun,” Slater explained. “We push one another. We want to do our part in helping this team win football games, and we take a lot of pride in it, so I think this is just the beginning.”

“It takes a village in a sense in that all the guys embrace that type of attitude and everyone works extremely hard and buys in no matter what their role is, I’m lucky to be apart of it and help create that culture,” Ebner added.

As a newcomer, Bethel explained that the sheer amount of players and emphasis on special teams in New England is unique to coach Belichick and his program.

“You don’t often see a team where you got so many guys dedicated to special teams that really want to do it. I think that’s good because we are definitely going to need it. I think it shows how much pride they take in special teams and the importance they put in it and just how they know this phase can win games.”

Although the aces lead the way, as Belichick mentioned, there are more than three spots to fill in the kicking game, which brings us to the next group of players: the big-time contributors.

Along with the aces, the Patriots have a contingent of players that play in multiple phases of the game that are some of the best at what they do in the kicking game.

At the top of this group is running back Brandon Bolden and cornerback Jonathan Jones, who both have roles on their respective sides of the ball and play on four different special teams units.

Belichick called Bolden one of the “leaders” in the kicking game while heaping praise on Jones saying, “I’d say Jon Jones is pretty good too. You know, Jon has a bigger role for us on defense now, but I’d say the first couple of years in the league, I’d put Jon Jones in that conversation.”

The conversation Belichick was having was about Slater and Bethel’s standings as the best special teams players in the league, and the coach feels that Jones is in that category as well.

As a leader of the group, Bolden explained that the approach to special teams for the Patriots is no different than his preparation during the week to play on offense or Jones’s on defense.

“The kicking game is another phase of football, so the same way you’d approach offense or defense is the same way we approach special teams,” Bolden said. “We watch film, we try to pick up on tendencies, we try to know who we are playing and might be matched up against the same way it is on offense and defense. As far as that aspect of it goes, I try to learn all the plays the same way I do on offense.”

Bolden, who says he leads by example and tries to calm everyone down, said that his career path was similar to Slater and Jones’s in that special teams was his way into the league.

“My junior year of college when the coaches kind of pulled me to the side and said, ‘hey, there’s a million running backs trying to get in, but there aren’t many trying to play special teams. If you really want to make a team, you might want to take special teams seriously.”’

In Jones’s case, special teams was also a way to get his foot in the door, but now he has blossomed into one of the best slot cornerbacks in the NFL as well.

“That’s where I started. That’s what earned me a spot on this roster was my special teams play and my ability to run and make tackles. I kind of got my start in this league on special teams, that’s how I got my foot in the door,” Jones said.

Jones went on to explain that his role in the kicking game directly translates to his job on defense, including his chase-down strip of Browns running back Nick Chubb a few weeks ago.

Similarly to Jones, the Patriots also brought in defensive back Terrence Brooks in the offseason to help contribute in the kicking game, but Brooks is now seeing time on defense as well.

Last season with the New York Jets, Brooks only played 70 defensive snaps; he has already played 178 snaps on defense with the Patriots so far in 2019.

Brooks is still a regular contributor to four different special teams units, and he sees the differences in how the Patriots approach things compared to other teams around the league.

“Usually special teams is a thing that people go out and just do to get it over with, but we do have a lot of guys that take pride in it and coaches too. People just buy-in and you have to be great in all three phases, and that’s pretty much our goal every week,” Brooks told me.

“You want to affect the game in all three phases, and we got guys that go out there and treat it just like any other play in the game. It’s cool that you got a lot of guys swarming and hungry out there. I do feel like we have a great team, and we are all confident when we are out there.”

In the first nine games of the season, the Patriots’ special teams units, along with their vaunted defense, is helping win field position battles every single week.

As a result, New England’s opponents have the third-worst average starting field position in the league, and the Pats scored two touchdowns off of blocked punts in the first half of 2019.

The Patriots don’t only flip the field and score points in the kicking game, they also set up the offense in favorable field position, like when Bethel recovered a muffed punt last week against Baltimore.

Belichick has invested heavily in special teams over the years, and the attention to detail in all three phases of the game is an underrated aspect of the Patriots dynasty.