Lazar: Patriots Should Be Wary of a Multi-Year Contract For Tom Brady 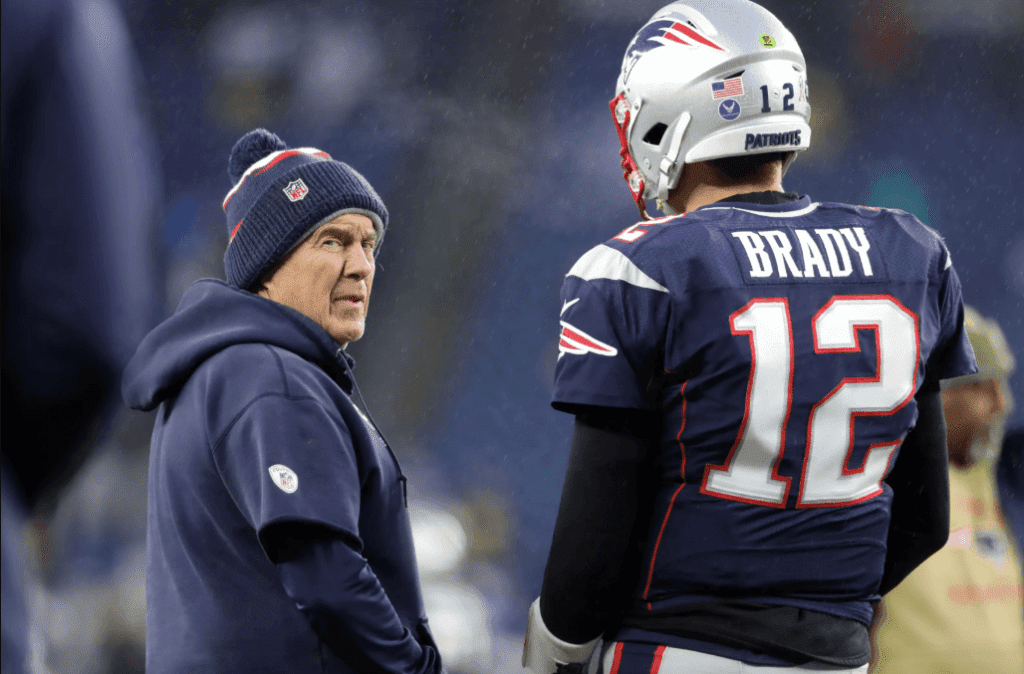 Special thanks to Pro Football Focus analyst Louie Benjamin for his help with this article.

The Patriots and their six-time Super Bowl champion quarterback find themselves in an unenviable situation as Tom Brady heads towards free agency for the first time in his career.

Brady, an iconic figure in the organization according to the only head coach he has ever played for, Bill Belichick, is in the driver’s seat of his football future and is welcoming the experience.

The most likely scenario is that Brady will play for the Patriots in 2020, but it’s not a given, as he’ll weigh the possibility of moving on from New England, according to reports.

Brady described retirement as “highly unlikely” after the loss to the Titans on Wild Card weekend, so it’s either Patriots or leaving the organization after 20 Hall-of-Fame seasons.

After exhausting the topic over the last month, Patriots fans know by now Brady’s perspective, but what about Belichick and the Patriots, what’s best for the team?

The Patriots offense is coming off its worst season in over a decade, and the quarterback is far from the only one to blame.

New England finished outside the top ten in DVOA for the first time since 2003, and averaged only 23.1 offensive points per game (lowest since 2005), in a difficult year for Brady, the offensive coaching staff, and the pieces around the quarterback.

Based on age and performance, the Patriots should be wary of a multi-year deal with guarantees beyond next season for their soon-to-be 43-year-old franchise icon. Going with another one-year contract as they did in 2019 makes the most sense for the team.

We are all supporters of Tom Brady here, but this was his worst season since he turned the page from young quarterback to a perennial MVP candidate.

He can still play at a championship level. The evidence is on the tape that, at times, he still looks like Tom Brady, but he’s more reliant now on what’s around him.

The decline for Brady needs loads of context, including a case study of his supporting cast and a mid-season elbow injury, which we’ll get to in a bit.

First, there’s Brady himself, who posted his lowest passing grade (77.2) since 2006, ranking tenth among qualified quarterbacks in 2019, and finished 15th in ESPN’s QBR metric.

Since 2018, the NFL’s Next Gen Stats department’s completion percentage above expectation stat measures a quarterback’s performance relative to the difficulty of their throws compared to throws made by all quarterbacks in similar situations.

Brady ranked 26th out of 30 qualified quarterbacks at -1.2, sandwiched between Chicago’s Mitchell Trubisky and Giants rookie Daniel Jones, meaning he completed fewer passes than the model suggests he should have in 2019.

If CPOE isn’t enough, Brady also finished poorly in Pro Football Reference (29th out of 32) and Sports Info Solutions’ (24th out of 32) accuracy charting as well.

Pro Football Focus also tracks passes that they deem “big-time throws” based on their criteria. In other words, when the quarterback drops a dime.

Brady’s big-time throws are declining steadily over the last three seasons since his MVP campaign in 2017, and PFF’s system takes drops and receiver error out of the equation.

Brady also committed his second-most turnover worthy plays in a season of the PFF era, which began in 2006.

Although he only had nine giveaways in the regular season, he made 17 plays that should’ve ended in a turnover, but, for example, the defense dropped a would-be interception.

Brady’s ability to read defenses both before and after the snap is still at genius level, but his accuracy wasn’t as pinpoint this season and his ball security was shaky.

To tell the entire story, we need to discuss the factors around Brady that contributed to his down season in 2019.

During the course of the season, Brady reportedly suffered two injuries, one to his foot, and other more severe ailment to his throwing elbow, first reported by NFL Network’s Mike Giardi.

The elbow first popped up for Brady around Week 11, and Giardi later reported that Brady’s symptoms were consistent with “tennis elbow” and that he had good days and bad days.

Brady’s production took a hit across the board when the elbow was at its worst. He never acknowledged he had any serious injuries, denying that he was hurt at all late in the season, but you could tell he was dealing with something.

As far as his supporting cast goes, Brady’s receivers ranked dead-last, 32nd, in average separation on Brady’s 613 pass attempts. Not just the targeted receiver on a play, we are talking about all five eligible pass-catchers on every pass attempt.

And New England’s receivers dropped 34 of Brady’s 419 on-target passes, which was the second-most in the league.

The Pats tried to get Brady help by bringing in Antonio Brown (mega-fail), trading a second-round pick for Mohamed Sanu, and drafting N’Keal Harry in the first round, but due to some factors outside of Brady’s control, none of those moves panned out.

And the tight end position in the wake of Rob Gronkowski’s retirement left a lot to be desired to put it politely.

The team also released Josh Gordon, failed to sign both Adam Humphries and Cole Beasley in free agency, and didn’t draft a tight end despite Gronk hanging them up.

Brady never developed any chemistry with his new receivers, showing blatant signs of distrust in some games. The Patriots even played a postseason game where you could see a lack of trust on tape.

For example, on this third-down incompletion, Brady targets first-round pick N’Keal Harry. Harry is even with Titans cornerback Adoree Jackson at the top of the screen, which should signal to the rookie to stop his route for a back-shoulder or comeback along the sideline. Brady wants to throw it, but he hesitates, seemingly unsure of what Harry will do. There’s certainly a tug by Jackson, but the ball needs to be out sooner to have a chance at a completion.

Here’s another one, this time Brady passes up an open Mohamed Sanu. It looks like the Titans bust a cover-2 zone coverage and Sanu has room to pick up the first down.

He eventually finds Ben Watson for a big play, but it gets called back on an illegal man downfield penalty. Brady stares right at Sanu when he gets to the top of his drop, but for whatever reason, your inclined to think trust because I believe Brady can see, he passes up Sanu and it comes back to bite him.

Brady was three-of-12 for 33 yards targeting Harry and Sanu in the Wild Card loss to the Titans, receivers the Patriots invested a first and second-round pick in to bolster the offense, and his late pick-six came on a pass intended for Sanu.

Belichick the GM as well as coaching and developing receivers deserves its fair share in the blame for the offenses performance this season. There was plenty of bad luck sprinkled in there as well.

Brady’s role in his “trust tree” is a bit more complicated. Most of the receivers spoke openly this season about the challenge of gaining his trust and wanting to play well for Brady. The Patriots have high expectations at all levels of the organization, and Brady falls in line with that thinking.

Whether you think he shares in the blame or not, it’s a results based business for all parties involved, and the product they put out there wasn’t good enough.

The offensive line also took a step back relative to recent performance, although the narratives of a steep decline in pass protection were overblown, especially once Isaiah Wynn returned.

The Patriots finished the season with a 75.9 pass-blocking grade, according to Pro Football Focus (11th), a little below their 82.1 grade that was the sixth-best mark in 2018.

In terms of pass-blocking efficiency, which measures quarterback pressures allowed on a per snap basis with weighting towards sacks allowed, they were nearly identical in 2019 (86.7) to what they were in 2018 (87.8) when they won the Super Bowl.

For the marriage to successfully continue, as in the offense goes back to what we are used to seeing, it comes down to two things for the two sides:

1. Signing Brady to a multi-year contract with guaranteed money beyond the 2020 season is not a smart decision based on his recent performance and age for the team.

2. If the Patriots do re-sign Brady, which they should try very hard to do for next season, they’ll need to make significant moves to upgrade their offensive weapons with NFL talent, as in veterans, not rookies, like N’Keal Harry or Jakobi Meyers, to make it work in 2020. And the personnel department better have better luck than they’ve had of late.

Belichick will need to upgrade at pass-catcher anyways, but bringing back Brady means they’re making a serious run at a Super Bowl rather than going into the next phase, where drafting receivers to usher in a new era of Patriots football makes more sense.

If they don’t do number two and invest in proven NFL commodities, we can expect to see another season for the offense like 2019, which doesn’t make sense for the team or Brady.