Lazar: Reading Early Tea Leaves, Big Move at Quarterback Might Not be in the Cards For Patriots 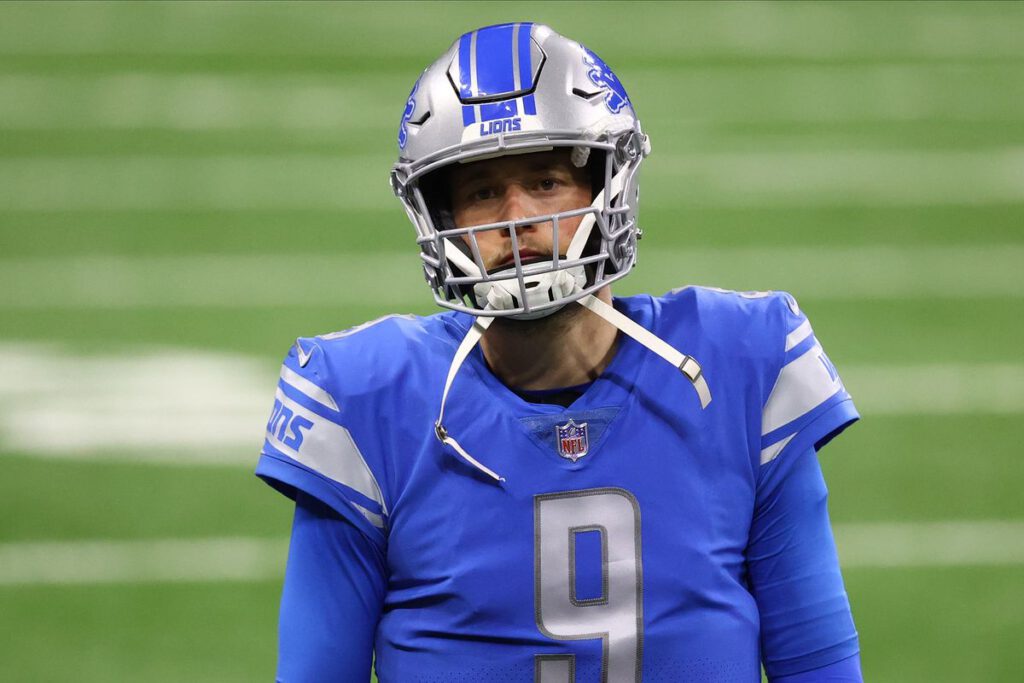 Patriots fans hoping for a monster move by Bill Belichick to address a gaping need at quarterback could be in for a rude awakening.

Although the Patriots are inquiring, and the offseason has yet to officially begin, the reality is that New England will likely be out-gunned by other teams with more valuable trade assets, while the veteran quarterback market might not be as robust as some predicted.

In a blockbuster trade that sent former Lions quarterback Matthew Stafford to the Rams in exchange for Jared Goff, two first-round picks, and a third-rounder, the Patriots were in the mix.

However, New England never made the 15th overall pick available in Stafford negotiations. Stafford wasn’t keen on the idea either, as Tom Curran of NBC Sports Boston reported on Sunday. Luckily, it sounds like that was due to his experience with Matt Patricia and the faux Patriot Way. Stafford wanted the LA culture both on and off the field.

Another hiccup in the Patriots’ pursuit of Stafford, which was very real, is that Belichick didn’t have a Jared Goff-like QB chip that could start games immediately for Detroit next season, which was important to the Lions.

Similarly, the Texans are publicly trying to persuade franchise quarterback Deshaun Watson to remain in Houston. But new general manager Nick Caserio and the Texans brass understand that a trade is likely inevitable and are listening to offers. Those offers will be astronomical.

The Rams-Lions trade will have nothing to do with a Watson trade if the Texans do it. They'll want 2 ones, 2 twos and 2 young defensive starters, at the least. Watson, 25, under contract, great QB, team leader, beloved by fans, pillar of the community. Start with the Jets.

The two trade packages circling the league for Watson start with either the maximum four first-round picks or the trade perimeters reported by veteran Texans reporter John McClain.

The Pats will not have the ammo, and again, don’t have a young quarterback like the Jets (Darnold) or Dolphins (Tagovailoa) that might interest Houston as a potential building block.

As of now, teams calling the Packers and Cowboys are being rebuffed, as both franchises are staying true to their word that Aaron Rodgers and Dak Prescott aren’t available.

One source described those situations by saying that there would need to be a Watson-like fallout with upper management for Rodgers or Dak to get traded because neither team wants to move on, which seems unlikely.

The deal that makes the most sense for New England on the surface is engineering a reunion with former draft pick Jimmy Garoppolo, but that’s contingent on the 49ers finding an upgrade.

San Francisco never made a formal offer for Stafford, and as the MMQB’s Albert Breer confirmed, the Niners aren’t on a hot pursuit to upgrade and are content with Jimmy G.

Kirk Cousins is always a possibility in San Francisco because Kyle Shanahan has an infatuation with him dating back to his Washington days, which is what those reports are based on now.

Due to exorbitant dead cap realities, the Eagles and Falcons could be stuck with Carson Wentz and Matt Ryan for another season, although Atlanta would move on if they could.

Philadelphia’s ownership wants to make things work with Wentz, and new head coach Nick Sirianni took the job with the understanding that Wentz will be his quarterback in 2021.

If traded before June, the Falcons would carry a dead cap hit of $44 million for the 35-year-old Ryan, who would also cost his new team $23 million against the cap next season.

There’s some belief in Atlanta that they need to maximize the fourth overall pick in April’s draft by selecting a quarterback, not knowing if they’ll pick in the top five again in a year. Still, moving on from Ryan will likely be on the 2022 agenda when his deal is easier to get off the books.

With Stafford in LA, Watson out of their price range, and Rodgers, Prescott, Ryan, and Wentz unlikely to be on the move; unless something changes, that leaves the Patriots in a tough spot.

Other pursuits could include the two quarterbacks in Vegas, Derek Carr and Marcus Mariota, Teddy Bridgewater, Alex Smith, or Jets quarterback Sam Darnold.

However, the Raiders are heading toward running it back next season with a Mariota/Tannehill situation a la Tennessee in 2019. If I had to bet, Carr starts the season with a short leash and could become available next spring if Mariota unseats him as the starter.

The optics of the Jets trading Darnold in the division to the Patriots don’t make much sense for New York. Even if they don’t believe in Darnold anymore, they won’t do Belichick any favors.

Smith won over the Football Team with his incredible return to the field and will likely be paired with a young quarterback to mentor as he did with Patrick Mahomes if he doesn’t retire.

Bridgewater feels like a lateral move and carries a cap hit of $17.9 million for a new team, which feels unnecessary since cheaper options are in the same ballpark talent-wise.

Ultimately, generating offseason excitement by pedaling a narrative that there will be significant quarterback movement sounds fun, but that’s not the current vibe.

The truth is that finding adequate quarterback play is challenging, and teams aren’t going to sell their current starters without a viable plan in place to hand the keys over to a distinct upgrade.

Again, we are in the very early stages of the offseason, and things could change quickly. Plus, there’s always the April’s draft to make a big move to bring in a player with franchise quarterback potential.

But based on early tea leaves, the Patriots aren’t in a great position to make a significant upgrade via a veteran acquisition.