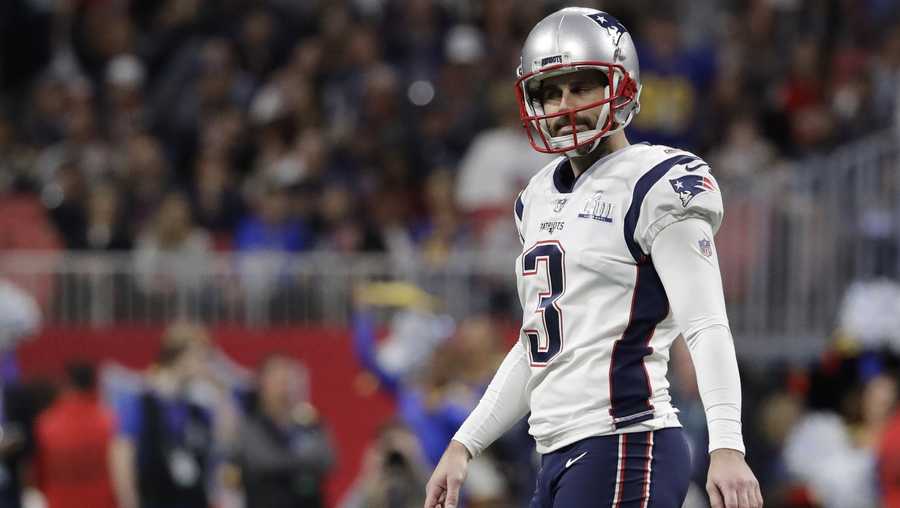 Another long-time Patriot is moving on as New England has released veteran kicker Stephen Gostkowski after 14 seasons with the team, the team announced on Monday.

Gostkowski is the franchise’s all-time leader in points, the fifth-most accurate kicker in NFL history, and was the longest-tenured Patriots player after Tom Brady’s departure.

Now the answer to that last bit of trivia is special teams ace Matthew Slater, who was drafted by the Pats in 2008.

The 36-year-old plans to kick next season after his 2019 campaign ended when he had hip surgery to repair a lingering issue.

The Patriots are making this move for a net savings of roughly $800k against the cap (per @PatsCap), meaning it’s not injury related according to a team source, although that seems odd given that it’s so little savings.

At the time of the injury, there were rumblings that it was a chronic hip issue that could eventually end Gostkowski’s career. Gostkowski might still be hurt, or the team is just ready to move on.

The Patriots drafted Gostkowski in the fourth round of the 2006 NFL Draft to replace future Hall of Famer and Pats legend Adam Vinatieri.

Even with the pressure of replacing a legend, Gostkowski went on to have a terrific career making his fair share of clutch kicks while bringing tremendous consistency to the position.

Nick Folk eventually took over for Gostkowski last season, steadying the ship after the Mike Nugent experiment, but New England currently doesn’t have a kicker on the roster.

The draft also has a few good options at kicker, including Georgia’s Rodrigo Blankenship and Georgia Southern’s Tyler Bass, if the Patriots are eying a long-term solution.

Along with quarterback, kicker has been the most stable position on the Patriots roster during the Belichick era, with the team seamlessly transitioning from Vinatieri to Gostkowski.