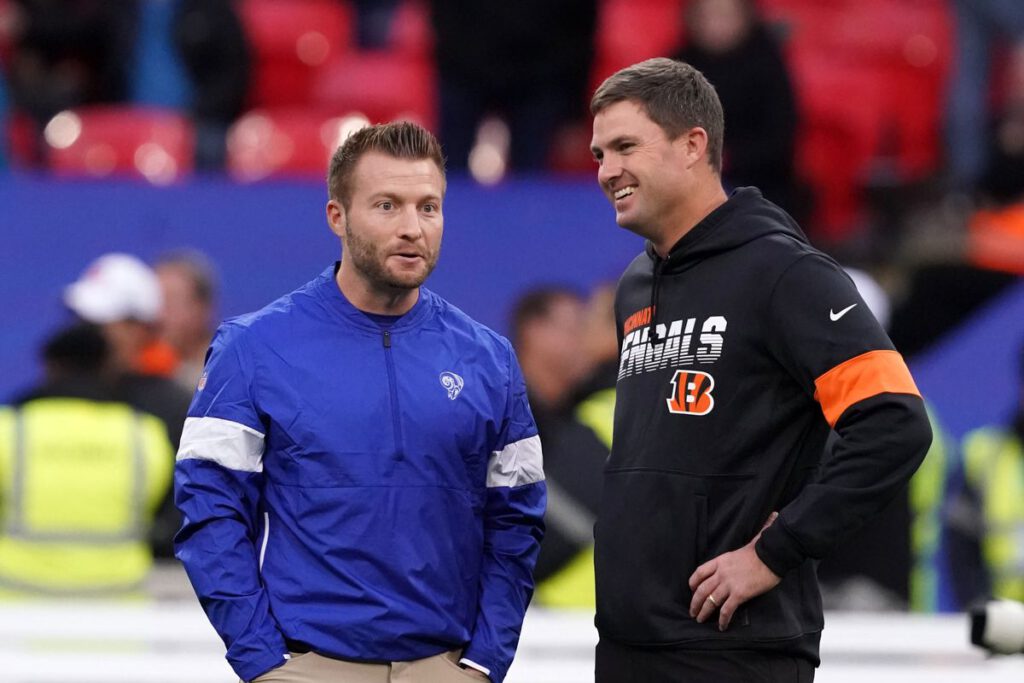 The Patriots’ success over the last two decades led to a whole new meaning of “it’s a copy-cat league” in the NFL.

As we know, the results have been mixed. Most of Belichick’s coaching tree didn’t find success away from the nest, but even those past failures didn’t stop the Raiders from forming a McDaniels-Ziegler tandem this hiring cycle to pluck two bright football minds from Foxboro.

With the Rams and Bengals squaring off in Super Bowl LVI on Sunday, the newest coaching tree is creating new branches all over the copy-cat NFL.

Bengals head coach Zac Taylor worked under McVay with the Rams. Packers coach Matt LaFleur did as well, followed by LaFleur’s former OC Nathaniel Hacket landing the Broncos’ top job, Kevin O’Connell heading to Minnesota after the Super Bowl, and the Chargers’ Brandon Staley on the defensive side of the ball.

Then, Shanahan’s tree brings it closer to home for the Patriots in the AFC East.

The Pats will now face the McVay-Shanahan wide zone system at least four times a year in the division while potentially going through the scheme against Cincinnati in the postseason as well.

So the question for Bill Belichick now is how does he build a defense equipped to stop the NFL’s new craze system, and should the Pats offense join the trend?

Building your defense to stop one kind of offense isn’t smart, but Belichick will also see McVay and Shanahan’s roots growing around him.

To answer how it might impact the Patriots’ team-building approach, we need to revisit a favorite memory for all Pats fans: Super Bowl 53. 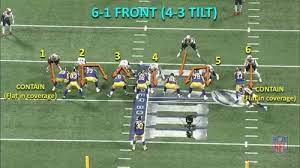 By setting wide edges and penetrating the line of scrimmage with one-gap interior lineman, the Rams’ slower-developing rushing schemes were stifled.

The foundation of McVay’s passing game at the time was to marry play-action concepts to their running game and create explosive passing plays.

Belichick’s game plan was to cycle through cover three (buzz) and quarters coverage structures to leverage McVay’s two-man route combinations downfield, which turned the game over to Jared Goff on third down, and the rest is history.

After Belichick laid the blueprint in Super Bowl 53, McVay returned to the Super Bowl by adding more gap runs, empty formations, and motion blocks in zone schemes with a better quarterback. Eventually, teams couldn’t sit in the 4-3 tilt front all game against the Rams.

As for Shanahan, his scheme was always a little different since he favors heavy personnel with a fullback rather than three-wide receiver sets like his longtime coaching buddy in LA.

McVay also did this during the 2020 season in their matchup by adding blockers with motion to force the Pats’ defensive backs to stop the run.

Although they operate their offenses out of different personnel groupings, their formations, usage of motion, and passing schemes overlap, while the wide zone system is the run games’ foundation.

McVay uses wide receivers where Shanahan deploys fullback Kyle Juzcyzk or tight end George Kittle, but everyone ends up in the same place.

The “speed at the second level” trope certainly has a place in the conversation to slow these offenses down that are now forming right in the division.

With McDaniel likely prepping to use speedster Jaylen Waddle as a motion nightmare, the Pats need to rally to the ball faster and avoid one defender meeting Waddle alone in space. In other words, it’s best to bring an army to the foot race.

The McVay-Shanahan tree puts the second level of the defense in highly stressful situations with misdirection, motion, and play-action constantly muddying keys.

They’re balanced offenses that use their running game to protect their passing game by making defenses respect the threat of moving the ball on the ground.

With that in mind, taking things like stopping the run and rushing the passer off the linebackers and safeties’ plates, at least as primary responsibilities, will go a long way to slowing down these offenses.

Beefing up the trenches so that defensive lineman can keep the second level clean to roam and cover should also be an offseason priority.

Ultimately, getting good players regardless of the X’s and O’s is the name of the game. Still, the Patriots need to stay ahead of today’s offenses.

SHOULD THE PATRIOTS OFFENSE JOIN THE TREND?

Before we get into our take here, there are two absolutes we need to address with the Patriots.

New England will never major in wide zone and won’t abandon their current playbook. Belichick’s program is built on keeping the same foundational elements in place, so coordinators who leave for other opportunities can pass the torch rather than blowing the whole thing up.

The Patriots’ next offensive coordinator will be from the Belichick circle of trust and will run the Pats’ playbook that has passed from Weis to McDaniels to O’Brien then back to McDaniels.

However, that doesn’t mean the Pats can’t install certain wrinkles into their current scheme from the McVay-Shanahan tree.

Mainly, we’d all like to see more pre-snap motion where ball carriers take the ball at full speed behind the line of scrimmage to threaten the edges.

In the past, the Pats were more into pre-snap shifts that forced pre-snap adjustments for the defense and served as coverage indicators for the offense, rather than giving the ball to a player in motion.

New England needs a ball carrier worthy of taking receiving touches in those situations to implement more of those schemes.

Kendrick Bourne emerged as a surprising standout in that area last season. They could also look for a Deebo Samuel-like playmaker or a player in the Isaiah McKenzie mold in the draft.

Again, the Patriots aren’t overhauling their offense to mimic the Rams and 49ers, nor should they. But adding more motion and misdirection to their running game will make them harder to defend.

During the Bill Belichick era, the Patriots are used to other teams copying their formula after their run of unprecedented success.

Although some teams are still chasing the Patriot Way, the Super Bowl matchup tells us that there’s another “it” thing in the NFL.

As long as the McVay-Shanahan tree continues to succeed, other teams will continue to adopt their schemes and poach their coaches.