Lazar: Ten Things We Learned From the Patriots’ 19-17 Loss to Brady’s Bucs 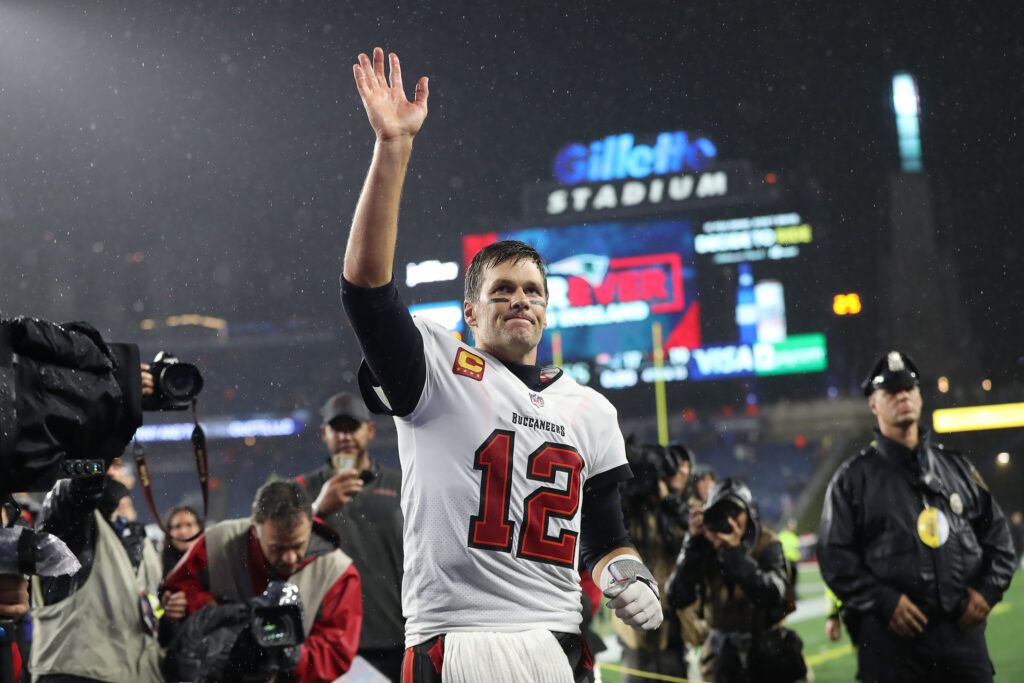 Patriots head coach Bill Belichick’s team is getting closer; the offense found a rhythm and punched back against the number-one scoring offense in the NFL, and the execution of Belichick’s plan on defense was superb against Brady.

Still, 1-3 is 1-3, and as defensive captain Devin McCourty said, “we have to find a way to win these games,” and the Pats are still doing too many things to lose football games.

As is becoming a regular occurrence, a critical second-half fumble by running back J.J. Taylor, a special teams penalty by captain Matthew Slater that wiped out a Bucs fumble, and a 56-yard game-winning field goal attempt doinked off the left upright costing the Patriots a win.

The math mostly supports Belichick’s decision to kick a 56-yard field goal on fourth-and-three with 0:59 left in the game but punting on 4th-and-2 before the half was a clear go-for-it situation.

Currently, New England’s margin for error from player error to conservative situational decisions by the coaching staff is too small to have blunders that take points off the board.

The Patriots are getting closer but not close enough to overcome mistakes to win football games.

Without further ado, here are ten things we learned as the Patriots fall to 1-3 on the season:

The Hoodie delivered a fantastic game plan to limit Brady and the Bucs offense on Sunday. It was laid out pretty clearly: man coverage (CBs shadowing Bucs WRs), show pressure but only bring four (simulated pressures), and drop players in the way of the in-breaking routes.

New England’s coaching staff got one-on-one rushes while providing help to their cornerbacks by putting multiple rushers on the line of scrimmage then dropping off at the snap. Above, you see two defenders drop off the line of scrimmage and into those middle of the field zones. The zone-droppers force Brady to hold the ball, rookie Christian Barmore wins his single block by bull-rushing left guard Ali Marpet into Brady’s lap, and Brady throws incomplete after leaving the pocket.

Here, the Pats ran a simulated pressure, which means they’re going to show pressure but not actually blitz. Just the threat of the rushers over the offensive linemen get the Bucs’ O-Line to engage their blocks, which leaves Matt Judon unblocked off the left edge, and the Pats get a big red-zone stop.

The plan held Brady to 19 points, a 51.2 completion rate, and 6.3 yards per attempt; Belichick has rightfully come under fire for his personnel decision as of late, but that was a terrific plan.

Patriots rookie quarterback Mac Jones out-played Brady on Sunday night, but that’ll get lost in the fact that Brady got the win.

Although it wasn’t perfect, Jones’s numbers were better than Brady’s, whether you like the traditional stats or the advanced metrics.

Mac buys himself more time against another unblocked blitzer here, with Devin White running free through the middle of the defense. Jones saw him coming, made White miss, and found Damien Harris in the flat to beat the blitz for a 21-yard gain.

There’s another unblocked rusher on this play, and Jones side-steps him in the pocket, moves the defense by pointing his eyes to the left, and comes back to Kendrick Bourne’s dig route.

In a year that is as much about growth as results for Jones, he nearly beat the GOAT on Sunday night in a good performance on a big stage.

We’ve been overly critical of offensive coordinator Josh McDaniels to start the season, but this was much better from the Pats’ OC. McDaniels finally let Mac cook, with 40 pass attempts to eight rushes. The first-down play calls hurt the Pats early (running into the teeth of the TB front), but McDaniels ditched it in the second half, and it paid dividends. They put together two of their best drives of the season on their touchdown drives, called some timely trick plays, and ran the offense at a good tempo. If the Patriots keep calling the game aggressively, their offense will get there. This was much better.

Officially, Jones was sacked four times and hit 12 times against a very good Tampa Bay front. There were times where the pass protection was better, and they moved the ball on those drives. But we still see too many protection breakdowns, and they couldn’t run the ball.

On Mac’s interception, it appeared that running back Brandon Bolden screwed up his assignment in blitz pickup, leaving a free runner at Jones to force a bad throw.

Later on, left tackle Isaiah Wynn and left guard Ted Karras (filling in for Onwenu) failed to pass off a T/E stunt between Joe Tyron and Vita Vea. Vea penetrated the line, opening an avenue for Tyron to wrap around and sack Jones.

The Pats’ offensive line is struggling with schemed pressures (blitzes, stunts) as they continue to fail to see the pass rush through one set of eyes, lacking chemistry and communication.

The Pats’ linebacker was terrific with another sack, two quarterback hits, and two tackles for a loss. He continues to shine in Belichick’s defense.

On his sack, Judon sniffs out the “Charles Barkley” call where the Bucs run play-action and pull the guard to simulate a running play. Judon doesn’t fall for the fake, comes downhill at the quarterback to beat the puller to the spot, and goes through two Bucs to Brady.

He also beat left tackle Donovan Smith inside to register a key TFL against the run in the red zone and drew a penalty that wiped out a big play to Antonio Brown.

New England must be thrilled about the return of their investment with Judon so far.

Belichick spoke about the abysmal performance by the Pats’ rushing attack (eight carries for -1 yards), saying, “we have good backs, but we haven’t been able to really get them started very often. So it’s definitely something we need to work on and do better.” Based on that answer, Belichick feels it’s more a blocking issue than a running back execution problem. Harris’s issues are more than likely related to the blocking. But Bolden blew a blitz pickup that led to a pick, and Taylor fumbled. The Pats need more out of the backfield.

J.C. Jackson on Mike Evans, Jon Jones on Antonio Brown, Jalen Mills on Chris Godwin with inside help; that was the Pats’ secondary plan. To their credit, all three Pats corners were highly competitive throughout the game and battled with an excellent group of receivers. We’ll need to watch the tape to see exactly how the Pats took Godwin away for most of the game, but those zone-droppers felt like help to Mills on the inside. Although it wasn’t enough, they competed their butts off on Sunday night.

The Pats finally got something out of their tight-end duo, hallelujah! Hunter Henry (four catches, 32 yards, TD) and Jonnu Smith (3 catches, 14 yards, TD) didn’t light up the stat sheet, but they made their presence felt in the red area, which is where they need them most.

On Henry’s touchdown, the veteran tight end did an excellent job of recognizing the linebacker dropping into the middle of the field. Instead of running underneath the linebacker and getting himself jammed up, Henry got depth on his route and snuck behind the linebacker’s drop. That created an opening, and Mac delivered the ball for six.

Jonnu Smith’s touchdown was a good play-action fake on the goal-line, but his 12-yard reception earlier on the drive stood out more. McDaniels dials up a “follow” concept where Smith is the second receiver into the flat. The first receiver (Bolden) carries the flat defender upfield, creating space underneath for Smith to catch and run. More of that with Jonnu, please.

The Pats will want more production out of Henry and Smith, but if they can deliver timely scoring plays, that’s a step in the right direction.

9. Bucs RB Leonard Fournette Too Much in Passing Game

The game plan defensively was clearly to key on the Bucs’ passing game and live with the yards on the ground. At the end of the day, Fournette only rushing for 91 yards on 20 carries (4.6 average) was a win for the defense. The back-breaker with Fournette was a drawn DPI on the Bucs’ game-winning drive. It was a bang-bang play for linebacker Kyle Van Noy, but the Pats could’ve survived the rushing yards from Fournette. It was the plays in the passing game that buried them.

The two revelations in the Patriots’ passing game this season are Bourne and Meyers. Bourne is developing a connection with Jones on digs and other in-breaking routes over the middle.

As for Meyers, he used a filthy release at the line of scrimmage to dust Richard Sherman on a back-shoulder ball from Mac. Meyers was also open on the third-down play before Folk’s field goal attempt. Unfortunately, the ball was batted down at the line.

Although the rest of the offense has its issues, these two are holding up their end of the bargain.