Lazar: The Patriots Should Show Interest in Le’Veon Bell, Here’s Why 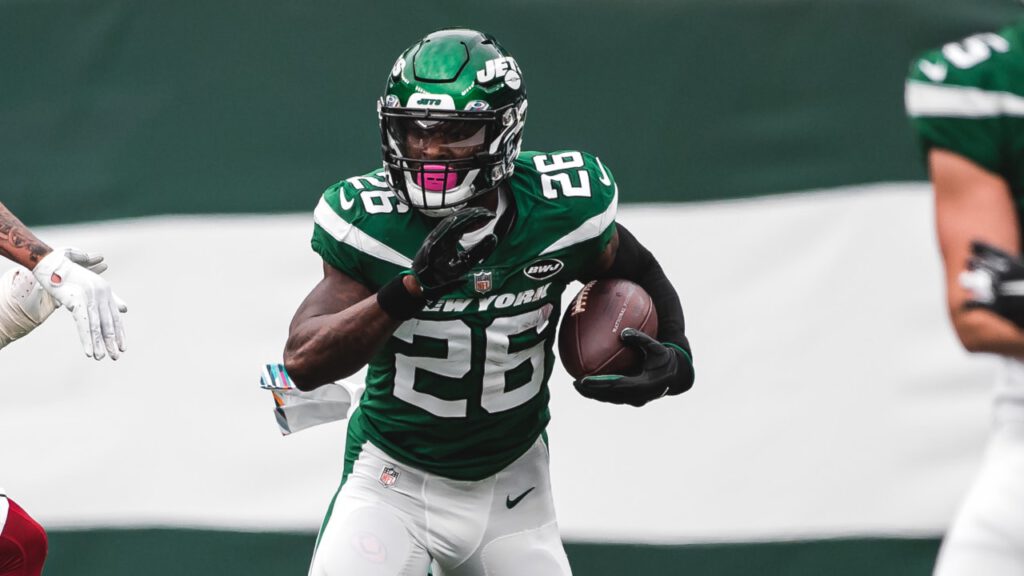 Once a big-name offensive weapon becomes available, the memes start on Patriots twitter.

Patriots head coach Bill Belichick marching out the tunnel in Detroit, looking through binoculars at the combine, random free-agent spottings at Logan Airport; we know the drill.

When news broke that former Jets running back Le’Veon Bell was released, the social media campaign to bring him to New England began, but does it make sense for the Patriots?

New England is set at running back on the surface, and New York couldn’t find a trade partner to take on Bell’s albatross of a contract.

Still, bringing Bell to New England on the cheap is intriguing, and the Pats’ perceived depth at running back won’t be a factor in their decision-making if they still think Bell has something in the tank.

Sure, a wide receiver or tight end would be better, but are the one’s available offering the same potential as Bell? Nope. Take what you can get; Bell would be the best back on the roster immediately.

Belichick and the Patriots are looking for offensive firepower wherever they can get it, even if it’s a running back, and aren’t too worried about log-jams at a particular position.

Last month, New England made an offer to free-agent running back Leonard Fournette despite a healthy stable of backs, but Fournette decided to sign with Tom Brady in Tampa Bay instead.

Furthermore, none of their current running backs are dynamic dual-threats like Bell that can keep defenses off-balance when deciphering run or pass.

Damien Harris and Sony Michel are reliable early-down ball carriers, Rex Burkhead is well-rounded but doesn’t scare defenses, and James White is a pure receiving back.

Hopefully, Harris will bring more pass-catching prowess than Michel, but we haven’t seen that yet, and 67.5 percent of plays with Harris or Michel on the field are runs. Believe it or not, the same split exists with Burkhead and White with passes (127 of 188 plays are passes).

In theory, Bell brings a different dynamic and a factor back that can provide playmaking alongside Cam Newton. Not just getting what’s blocked or playing on passing downs, but potentially both at a high level, presenting another player that needs to be game-planned for defensively.

Although paying the remaining $6.4 million on Bell’s deal was too hefty in a trade, signing him for the veteran minimum while the Jets continue to pay the former All-Pro is a different story.

Belichick doesn’t need to give up assets in a trade and pays Bell pennies for the rest of the year. Again, for a team that needs weapons, there are worse reclamation projects out there.

In Bell’s 17 games with the Jets, Adam Gase’s offense was a mess, ranking 28th and 32nd in Football Outsiders’ DVOA metric since the start of the 2019 season. Gase’s run game is bland, he doesn’t know how to use running backs in the passing game, and the blocking stunk.

Le'Veon Bell was expected to gain just 3.7 rush yards/carry since joining the Jets in 2019, based on our Expected Rush Yards model.

This also ranked last among RBs with 200+ carries. https://t.co/zWVjiKT3uu

According to NextGen Stats, Bell was expected to gain just 3.7 yards per rush since joining the Jets, ranking last among running backs with 200 or more carries over that span.

Last week, Bell was out there for 46 snaps in New York’s loss to the Cardinals and averaged a respectable 4.6 yards per rush with 60 yards on 13 carries.

The former Steelers star was never overly explosive as a ball carrier; Bell only has one career run longer than 45 yards and averaged 4.3 yards per rush in five seasons with Pittsburgh.

However, he’s incredibly patient, setting up his blocks, makes terrific decisions with excellent footwork between the tackles, and is a big-time factor in the passing game when he’s right.

The 28-year-old keeps offenses on-schedule by avoiding negative runs, gaining chunks of yards at a time with a blend of patience, weaving, and decisiveness. Plus, his 53.6 elusive rating this season would lead the Patriots.

The Jets are running one-back power from the gun on this play. Bell is truly a textbook runner between the tackles. His initial rush path follows directly behind the pulling guard, forcing the defense to wait on his decision to go inside or outside the puller. The puller does his job to kick-out the edge defender, and on his third step, Bell goes from moving laterally to pointing his right foot upfield to plant and go inside the puller. His timing and footwork are impeccable.

Here’s another example of a power run from the gun. Remember, power and power-read are Patriots staples. This time, Bell goes through the same steps as before, taking his cue from the puller while getting vertical on his third step. The puller is less effective on the kick-out, though, and Bell makes up for it by making himself skinny through the hole to get through the line before bobbing and weaving for a seven-yard gain.

Those plays perfectly exhibit what Bell was as a runner in his prime. Now imagine him running behind a top-five offensive line that can sustain blocks long enough for him to do his thing.

Next, Bell brings an average of 54 receptions per season in his seven-year career to the table. He was essentially a wide receiver and running back in Pittsburgh with the ability to run routes from the backfield, in the slot, and out wide.

Unfortunately, Gase didn’t give us much to work with in terms of using Bell as a receiver. He flexed him out wide three times against Arizona more as a coverage indicator and tried to run a few pick-wheel plays down by the goal line that were unimaginative.

Bell was mostly leaking out into the flats, which put zero stress on the defense to cover him, but there was one play where Bell wasn’t targeted that stood out.

On the play, the Cardinals drop two defenders off the line into man coverage. Bell is isolated on the backside against a linebacker and wins, but the ball goes elsewhere. Bell stems at the linebacker to set up his break and then cuts away from the defenders’ leverage to create separation. He’s open and has the entire sideline to make the defender miss, but the pocket breaks down, and Flacco goes off-script to find the tight end over the middle.

Although he wasn’t targeted, there’s enough juice at the top of Bell’s route to suggest that he can still be a useful receiver if schemed properly.

The most likely outcome for the Patriots and Bell is that he signs elsewhere with a team that’s more desperate for running back help.

However, Belichick used to gush about Bell’s abilities during his time with the Steelers, and the disgruntled former Jets star is now well aware of how important coaching is to his success.

The Pats want to add firepower to their offense, but Belichick doesn’t want to give up assets and pay top-dollar for a premier weapon. Who can blame him? Those acquisitions seldom work out.

Like quarterback Cam Newton, Bell is a low-cost signing with something to prove that’s by far the best available weapon on the market and can be had for a fraction of his typical rate.

There aren’t many better deals out there for Belichick in terms of potential value-added and cost.