Lazar: How Did the Patriots, Tom Brady Get To This Point & Where Do They Go From Here? 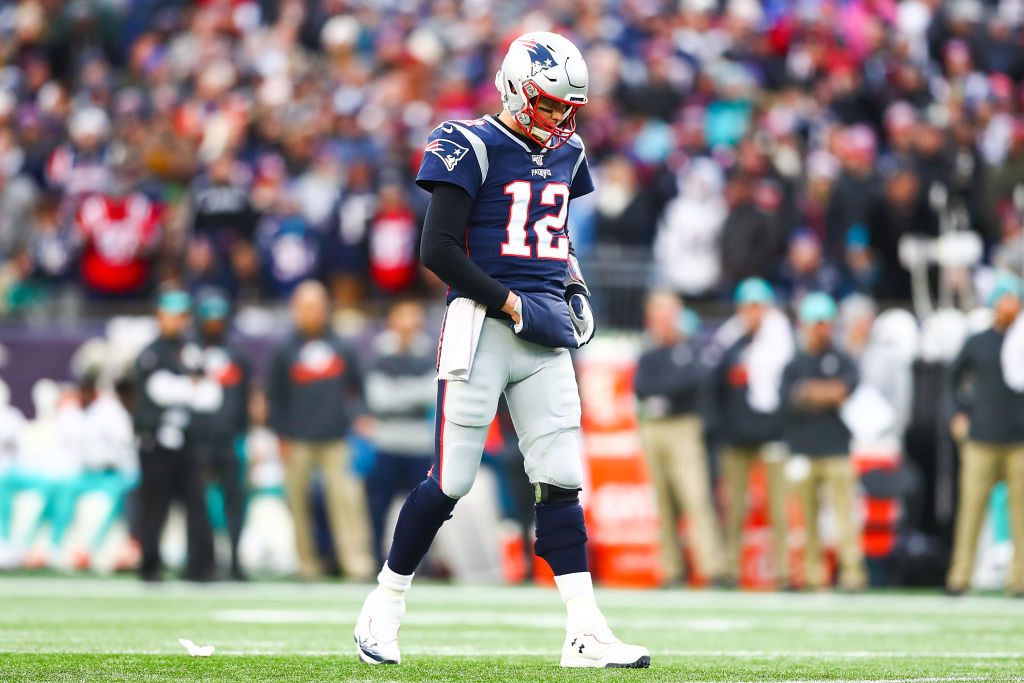 FOXBOROUGH, MA - DECEMBER 29: Tom Brady #12 of the New England Patriots looks on during a game against the Miami Dolphins at Gillette Stadium on December 29, 2019 in Foxborough, Massachusetts. (Photo by Adam Glanzman/Getty Images)
Share
Facebook Twitter Email

Several questions need answering after Tuesday’s news that Tom Brady, six-time champion and the most iconic Boston athlete ever, will no longer play football in New England.

Brady is leaving, let that sink in and sting. All we can ask now is how did we get here, and where does Brady, the Patriots, and Bill Belichick go from here? And there are no easy answers.

To get a full picture of how we find ourselves GOAT-less, we need to move beyond the tangible football and contractual negotiations between Brady and Belichick this offseason.

Yes, Brady wanted assurance that he would retire on his terms when the time was right for the 42-year-old, and not be jettisoned when something better came along like his buddy Peyton Manning or childhood idol, Joe Montana.

And although a “splash” move on Monday like trading for DeAndre Hopkins or Stefon Diggs could’ve served as a last-ditch effort to sway Brady back to Foxboro, the deed was done.

Brady, not the Patriots, wanted a divorce, and the team would’ve made a deal if they felt that Brady wanted to continue his football career with the New England Patriots, according to owner Robert Kraft.

For both sides, this came down to relationships and the personal conflicts between Tom Brady and head coach Bill Belichick.

Brady, maybe to a fault, was expecting a more aggressive pitch from Belichick, an acknowledgment of his accomplishments and his standing in both Patriots and league history. It never came.

Belichick never rolled out the red carpet or prepared a presentation, he waited for Brady to decide his fate, and accepted whatever answer the future Hall of Famer gave him.

The lack of fight out of his former coach was telling for Brady, and it was a noticeable difference from suitors such as the Bucs and Chargers, who kissed the rings and made him feel wanted.

Brady wanted to be different. He wanted Belichick to treat him differently than free agents of the past because, after all, he is different from past free agents. But Belichick is Belichick, and he is not changing for anyone, even the greatest quarterback in the history of the NFL, as he acknowledged Brady was in a statement Tuesday morning.

We are here because the Patriots and Brady both felt that the quarterback wanted a fresh start, and Belichick and owner Robert Kraft didn’t stand in his way from continuing his football career elsewhere.

WHERE DOES BRADY GO FROM HERE?

The next shoe to drop will be the next stop for Tom Brady as he continues his football career outside of New England.

For months, we’ve told you that a departure was likely, but anyone that says they know his next destination is lying; not even Brady knows where he’ll play football in 2020.

With that said, the Bucs and Chargers put the full-court press on to pry Brady out of Foxboro, and for one of them, or a third mystery team, it’ll end up being the best move they’ve ever made.

According to a league source, Tampa Bay’s offer exceeds $30 million and spans multiple seasons to assure that Brady will finish his career with the Buccaneers.

Another source also confirms that the Chargers made a lucrative offer at around the $30 million, but it’s unclear how long of a commitment Los Angeles is willing to make at this time.

Los Angeles is LA, and that’s intriguing, especially with Brady’s new production company and post-football aspirations, and they have some help too with Keenan Allen, Hunter Henry, and company.

And there’s always a chance that a third team emerges, although it seems unlikely at this point.

In all likelihood, it’s either the Bucs or Chargers for Brady, but it could be a few days before we find out where he’ll land next.

WHERE DO THE PATRIOTS GO FROM HERE?

From the Patriots’ perspective, we aren’t quite as in the dark as we are with Brady.

The Pats will need to maneuver around the $13.5 million cap hit from Brady’s voided contract, but the impact of that extra $6.75 million is overblown; there are plenty of ways to free up space.

The team loves 2019 fourth-rounder Jarrett Stidham and believes he’s trending towards a future starter. However, it’s unclear whether or not that begins immediately in 2020.

For the time being, the Patriots could look to add a veteran option alongside Stidham to serve as a mentor, bridge, and security blanket if things go awry for the second-year quarterback.

At the top of that list, whether Patriots fans want to hear it or not, is Andy Dalton.

Dalton is on the trading block with the Bengals set to land LSU quarterback Joe Burrow at the top of April’s draft, and Dalton’s $17.5 million base salary with no dead money is manageable.

A Dalton-Stidham ticket for the 2020 season, with an open competition throughout the year, seems like as good a bet as any for the quarterback room in Foxboro next season.

Last week, we ranked the non-Brady options, both trades, and free agents, that are on the market. Some, like Marcus Mariota and Ryan Tannehill, signed already, but the rest still holds.

Most of the options signed elsewhere, but a trade for Dalton or Nick Foles would be at the top of my updated rankings.