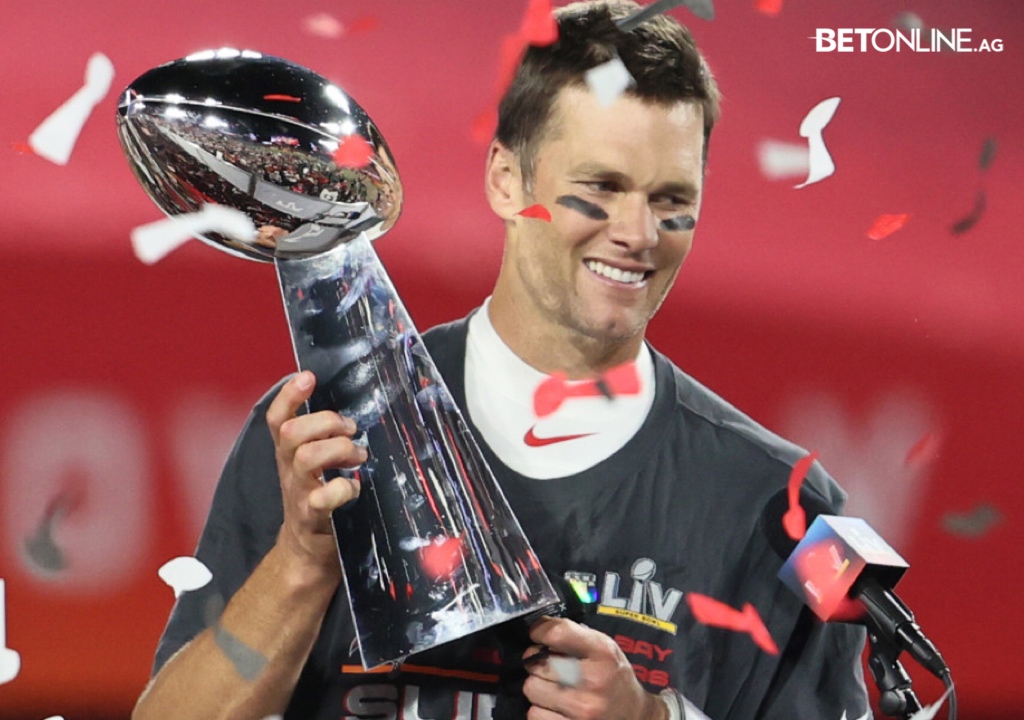 In his first season as the quarterback for the Buccaneers, Tom Brady debunked bogus narratives about being a system quarterback.

For most of his career in New England, Brady’s detractors would say that the future Hall of Famer moved the ball by “dinking and dunking” with short passes.

Under new head coach Bruce Arians and offensive coordinator Byron Leftwich, the 43-year-old Brady averaged a career-high 9.2 air yards per attempt in an offense that was anything but dink and dunk.

Still, with the Super Bowl on the line, the Bucs’ coaching brass, likely with a heavy influence from Brady himself, decided to revert to Brady’s signature passing plays to dethrone the Chiefs.

The Bucs surprised the Kansas City defense, knowing their game plan was to pressure Brady with heavy disguises in the backend by returning to Brady’s roots as a passer.

Instead of airing it out as they did all year, Tampa used short and intermediate throws to neutralize the Chiefs’ pressure schemes.

In all, Brady was 20-of-25 for 184 of his 201 passing yards on throws under 20 yards with only one completion over 20 yards, and the Pats’ influence on the Bucs’ passing script was all over Sunday night’s film.

The most successful passing concept for the Bucs on Sunday was a staple for Brady and favorite tight end Rob Gronkowski.

Brady referred to the play in an NFL100 interview as a design that he took from frenemy Peyton Manning in a practice session with the 2021 Hall of Fame inductee.

The Pats’ one-word call for the concept is “Charles Barkley,” and it features a pulling guard or center simulating a trap scheme to get the second level to play the run. The idea is for those linebackers to step up in their run gaps, with Gronk crossing behind them for a catch and run opportunity. In the third quarter, the scheme worked to perfection.

A little bit earlier, the Bucs ran the same blocking design, this time from the gun with wideout Mike Evans running a crossing route from a stack alignment. The Patriots used stacks to get Julian Edelman inside leverage, similar to Evans above. Chris Godwin’s vertical route holds the post safety in the deep part of the field so that Evans can run across.

In the first quarter, the Bucs got a 15-yard completion to tight end Cameron Brate using a great compliment to “Charles Barkley” on a screen out of a two tight end set. This time, everything looks the same as the Gronk reception above. Same puller from the interior line, the same route by Gronk, but the play is designed as a screen to Brate. Chiefs safety Tyrann Mathieu feels forced to fall underneath Gronk’s crossing route, and with a blitzing linebacker, there’s nobody left to defend the interior screen to Brate.

Tampa Bay hit three of their five biggest passing plays of Super Bowl 55 off of play-action trap schemes, and the Chiefs defense was lost in coverage.

Here’s a concept that the Bucs frequently used this season: a combination of Patriots-style design and Bruce Arians’s go-to run concept that he calls “double” or “duo” to others.

The staple of the @Buccaneers' offense?

Arians was asked about his favorite play in his arsenal during Super Bowl week, and “double” with play-action compliments off of it was his answer, so you knew the play was coming.

Another throwback element of Tampa Bay’s game plan in the Super Bowl was involving running back Leonard Fournette in the passing game. Fournette had four catches for 46 yards, just one yard shy of a season-high, and helped Brady beat pressure.

In this play, the Bucs simulate “double” and run play-action, which gets the linebacker level to use a “robot” technique to get to their zone drops. Roboting refers to the linebackers turning their back to the line of scrimmage and sprinting to their landmarks, which in this case, brought no. 56 Ben Niemann underneath Chris Godwin’s crossing pattern. With his back to Brady, Niemann cannot see Fournette release out of the backfield, and Brady hits his running back underneath the defense for a chunk gain.

And these are all routes run, to be clear, not just targets. pic.twitter.com/tudd4h9KTK

According to ESPN tracking data, the Bucs ran crossing routes at a very low clip to start the season but started calling them more as the season wore on, undoubtedly a Brady request.

Crossing patterns are a significant element to Brady’s success over the last two decades, and when the Bucs had the ball on Sunday, they gave the Chiefs defense all sorts of problems.

Lastly, Tom Brady’s third touchdown pass that gave Tampa Bay a 21-6 lead probably looked familiar to Pats fans as it wasn’t the first time Brady threw a TD in a Super Bowl on that route.

Antonio Brown’s one-yard touchdown reception came on the same route that Julian Edelman ran for the go-ahead score in Super Bowl 49, even if it didn’t play out the same way.

The only difference was the cornerback was head up on Edelman, which led the Pats wideout back out towards the pylon rather than inside. The corner on Edelman in Super Bowl 49 jumps inside on Edelman’s release, so Edelman fakes an inside break and returns to the pylon for six.

Fast-forward a few seasons and Super Bowls, and Brown sees the corner sitting on his outside shoulder and curls his initial release outside before breaking inside for a touchdown.

Although Brady isn’t a coach, it was clear that Tampa Bay did away with most of the vertical passing concepts that got them to Super Bowl 55 and let Brady turn back the clock.

With Chiefs defensive coordinator Steve Spagnuolo trying to disrupt and confuse the Bucs offense, bringing Brady back to his roots won the Buccaneers the Super Bowl.