Lazar: Tom Brady’s Performance vs. Dolphins a Sign of Good Things to Come For Patriots Offense 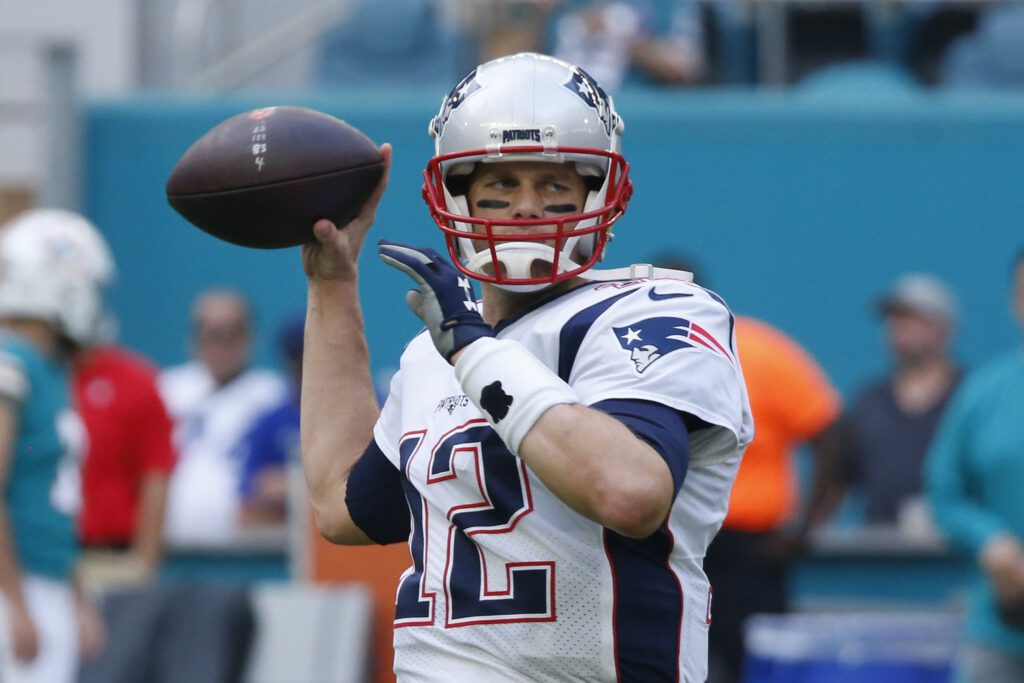 FOXBORO, MA — The loss to the Miami Dolphins on Sunday was a gut punch for everyone with a stake in the 2018 New England Patriots.

For the first time maybe ever, a Bill Belichick coached team had a catastrophic failure in situational football on the games final play.

We’ve seen other snafus and poor coaching decisions, but nothing like what we just witnessed.

However, if you’re looking for a silver lining from Sunday’s loss, it’s that the Patriots got an MVP-like performance from quarterback Tom Brady.

Yes, Brady had his bad moments too, most notably at the end of the first half.

And yes, it was nice to see tight end Rob Gronkowski put up his first 100-yard game since Week 1 to lead a group of receivers that looked explosive and dangerous on Sunday.

But the Patriots, as has always been the case this decade, will only go as far as Brady takes them, making his play far more important than anyone else on the team.

After Brady and the Patriots lost in Tennessee, I wrote a breakdown on the issues Brady was having separate from the play of the people around him.

On Sunday, especially in the first half, he delivered a masterful performance highlighted by impeccable footwork, timing, ball placement and incredible processing speed.

After a dink and dunk game plan against Minnesota, Brady was 11 for 18 for 195 yards, two touchdowns, and a 135.2 passer rating on passes of ten or more yards downfield.

And in my estimation, although Brady was good against Kansas City and Indianapolis, this was his best performance of the season to date.

Below are audio breakdowns of six of Brady’s 27 completions on Sunday that show the Pats quarterback is taking his game to the next level as we head towards the postseason (sound on):

Although it wasn’t as dramatic as the defense, the Patriots offense failed to close the door on the Miami Dolphins on Sunday.

Brady and his teammates had multiple opportunities to make it a two-score game both before the half and on three drives that stalled inside the Miami 25-yard line in the second half.

And Brady’s numbers in the second half paled in comparison to his unsustainable first-half success.

However, as is always the case when evaluating anybody’s play, the process is more important than the results.

The numbers might tell you that Brady struggled in the second half, but the tape shows that he was as sharp as ever, and that bodes well for Brady moving forward.

If the Patriots get that Tom Brady for the rest of the season, they’ll put this loss behind them quickly, and have as good of a chance as anyone in the playoffs.