Lazar: What Does the Future Hold for Patriots’ N’Keal Harry After Slow Start to Career? 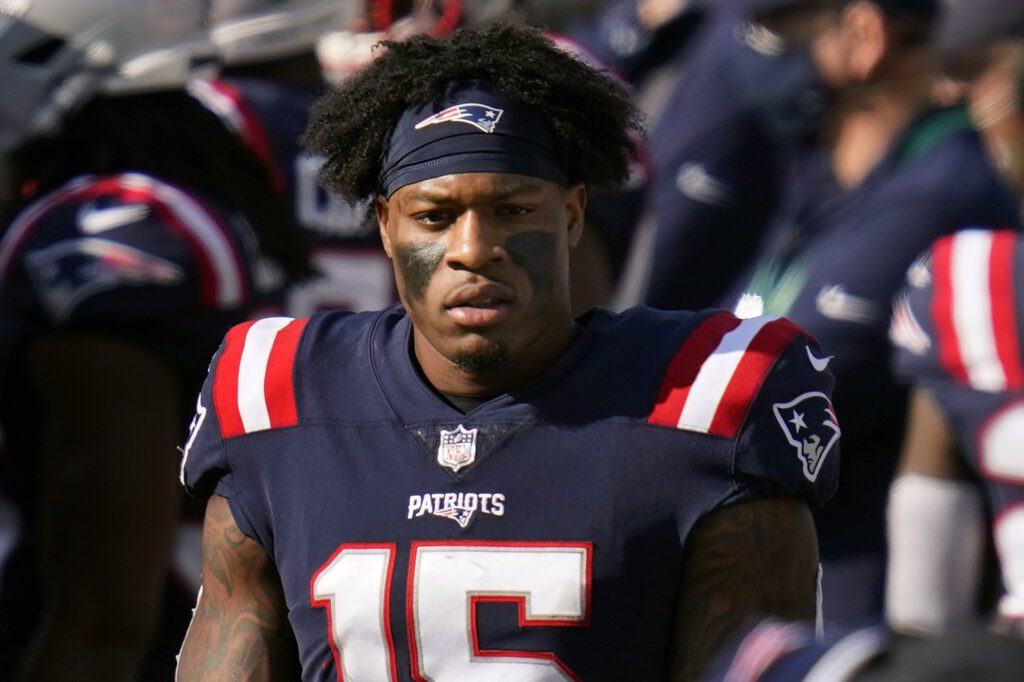 Since the Patriots selected wide receiver N’Keal Harry in the 2019 draft, Harry, for several reasons, hasn’t lived up to the billing of a first-round pick.

Harry has participated in 19 of a possible 33 games, is on his second quarterback, and has been out-produced by 14 wide receivers in the 2019 class of which 13 were drafted after the Patriots made him the 32nd overall pick two April’s ago.

Although 41 catches for 382 yards isn’t what one would expect out of a first-round pick in his first two seasons, there are some signs of progress from Harry in his second season. The Pats wideout only has 29 receptions for 277 yards and two touchdowns, but the team is figuring out how to maximize his skill set.

According to Pro Football Focus, the 6-foot-3 Harry is above league-average at contested catches, where he’s tied for 17th among 71 qualified wide receivers in contested catch rate.

When healthy, Harry is making a case for more targets on 50/50 balls or jump-balls, which could also improve New England’s 27th-ranked red zone offense.

In last week’s loss to the Rams, Harry leaped over Los Angeles cornerback Darius Williams for a career-high 30-yard reception. On the play, Harry ran a hitch-and-go where he got Williams to commit to the hitch by turning his head and hips back to the quarterback, then suddenly shifted gears upfield to get Williams on his back. From there, he tracks, adjusts, and high-points the ball.

“That’s my biggest advantage. So it has to be the No. 1 mentality and the No. 1 priority when I go out there. That’s what I tried to do last game, and that’s what I’m going to be doing moving forward,” Harry told CLNS Media last week.

In recent weeks, Patriots offensive coordinator Josh McDaniels is putting Harry in more situations to use his contested-catch abilities.

“Whenever he has an opportunity to be even or to give him an opportunity for a 50/50 ball like that, you never mind if the ball goes up to a player like that. I have confidence and faith that he’ll be able to go and make a play on it in those situations,” McDaniels told me.

“We’ve called more than a few of them just sometimes the coverage dictates that you can’t really do it just because either there’s somebody over the top or the corner plays high or those kinds of things.”

“I think those are plays where they aren’t necessarily the highest percentage of plays, but there’s also a reward at the end of that that we saw last night on the 30-yarder that you can gain some significant advantages if you can hit one or two of them. We’ll continue to look for opportunities to provide him with those chances.”

Heading towards year three, the Pats are still waiting for more out of Harry but continuing to amplifying his size and building trust with his quarterback would go a long way to helping him produce.

After spending the offseason at his Houston training facility, Harry’s trainer, Rischad Whitfield (aka Footwork King), is trying to help the Pats wideout avoid the bust label.

Clarifying comments from an interview with the Patriots Wires’ Henry McKenna, the footwork guru said that he wasn’t placing any blame on quarterback Cam Newton for Harry’s struggles.

“These players went into the season without any kind of install because they couldn’t go to the facility due to COVID. These guys went from training on their own to training camp. That’s why you see so many injuries, so many guys that aren’t on target; you see a lot of quarterbacks and receivers that aren’t on the same page. This is N’Keal’s first season playing with Cam, and vice versa. I mean, the only type of work that these guys got was at UCLA [for two days in July] on the field.”

Whitfield’s focus with Harry was developing the receivers’ release package and making the Pats wideout more explosive in all of his movements to create separation.

By moving cornerbacks out of his way at the line of scrimmage or at the top of his routes, Harry can get defenders on his back as he did to Williams and use his size to make catches.

As a rookie, Harry wasn’t sudden enough in his movements to make those plays, and Whitfield said that Harry’s confidence wasn’t where it needed to be following a lackluster first season.

“He’s just a different player than a guy like [Julian] Edelman, who has the short-area quickness, and he’s just real sudden. Quick acceleration, he can escape any corners,” Whitfield said.

“Treat him like Dez Bryant or how the Arizona Cardinals use DeAndre Hopkins. That’s what I see. He’s just a powerful, explosive receiver. He’s really dominant if you use him right. N’Keal needs to be out there, high-point ball, give it to him.”

Harry flashes that Dez Bryant-like skillset at times, which is also a comparison that his college coach, Herm Edwards, used when the Patriots drafted the 23-year-old.

But the one area of Harry’s game that needs to come out more if he’s going to dominate like Bryant in his prime is an alpha-mentality.

“When you got the whole New England football team, you don’t read into the quotes, but he hears it, and people don’t realize how many pro guys I have to build their confidence right back up to where they were in college because it gets knocked down after their first year because the expectations are so high, especially for a first-rounder.”

“Getting N’Keal out of that was another thing, the mental part,” Whitfield explained.

The Footwork King also gave some insight into Harry’s demeanor, saying, “knowing N’Keal, he’s a quiet guy, but I can tell there’s a switch that needs to be flipped. When you flip that switch, I’m telling you the dude is going to turn into like Dez Bryant was.”

“If you watch Dez Bryant, Dez Bryant plays very angry, very competitive. When I say I angry, I mean like he attacked the football. He attacks defenders in a way, when he runs routes, he’s full throttle. He’s an angry player that just plays the game with so much emotion.”

If Harry is going to turn his career around, he needs to start consistently playing to his size, channeling his inner Dez Bryant.

The Patriots saw a little bit of that from Harry on a goal-line touchdown catch against the Chargers in Week 13, where Harry boxed out cornerback Chris Harris Jr. at the top of the route to give Newton a target.

New England is also trying to expand Harry’s role in the slot to use his size over the middle against linebackers and safeties.

Here, Harry crosses over the middle of the field. When Newton moves the defense towards Jakobi Meyers’s stick route with his eyes, Harry shields the oncoming safety from the catch point with his body and snags the pass above his head for a third-down conversion.

Understandably, Patriots fans are growing tired of waiting for Harry to break out on the stat sheet as others in his draft class are doing every week.

As an uncertain offseason approaches, Harry, who is under contract for two more seasons, is likely to stay until the end of his rookie contract. He doesn’t have much trade value right now, so the team has to wait it out in hopes that it can still all come together for the 2019 first-rounder.

But if the Patriots want to get the most out of their investment, the coaching staff must commit, and Harry must embrace an alpha-dog mentality that unlocks his obvious contested-catch skills.