Lazar: What Does Trent Brown Trade Mean for the Patriots’ Offensive Line? 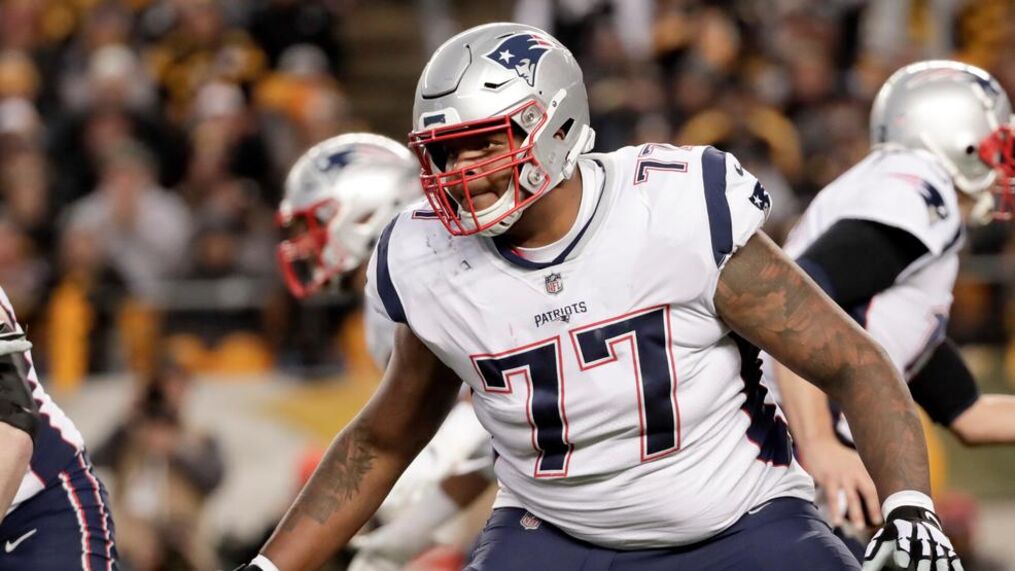 Patriots head coach Bill Belichick’s first big move of the offseason is to bring back a big man in offensive tackle Trent Brown, who is returning to the Pats after two seasons with the Raiders.

New England will send a 2022 fifth-round pick to Las Vegas for Brown and a seventh-rounder. Brown also agreed to rework his contract to a one-year deal worth up to $11 million with playing time incentives.

Although Brown had difficulty staying on the field, appearing in 16 of a possible 32 games with the Raiders, his play didn’t dip when healthy, maintaining his 2018 career-season form.

The 27-year-old had a breakout season protecting Tom Brady’s blindside at left tackle en route to a Super Bowl with the Patriots in 2018. Brown only allowed three sacks on 744 pass-blocking snaps and drastically improved as a run blocker while working closely with legendary offensive line coach Dante Scarnechia during New England’s run to a sixth Lombardi Trophy.

Brown, who was an upper-echelon pass protector since entering the league with the 49ers in 2015, took a significant step in his development as a run blocker with the Pats.

At 6-foot-8, 380 pounds, Brown possesses the immense size to be a people mover at left or right tackle. However, the Pats coaches sharpened Brown’s footwork, timing, and ability to leverage his blocks, unlocking a different level of displacement as he became dominant in that phase.

The first domino to fall after the Brown trade is that starting left guard Joe Thuney will likely leave the team in free agency, meaning he’ll need to be replaced on the left side.

New England now has flexibility along the offensive line. Brown can play either tackle spot, but making him the starting right tackle makes the most sense in the current environment.

Second-year standout Michael Onwenu would then move inside to guard, where he’s a more natural fit due to his guard body type, level of foot speed, and immense blocking power.

In this scenario, the 2018 first-round pick Isaiah Wynn will remain at left tackle. The Patriots also have veteran right tackle Marcus Cannon returning after Cannon opted out of the 2020 season.

Under his current contract, Cannon is counting a hefty $9.6 million against the 2021 cap, which is unlikely to hold if he’s with the team this fall. Still, Cannon is a viable starter for the 2021 season if the Patriots want to shop Wynn around, who has struggled to stay healthy.

The former University of Georgia star has yet to play a full 16 games in three seasons with the Patriots, and New England will need to decide on Wynn’s fifth-year option this offseason.

If the Patriots can get something of value for Wynn, trading him is possible while Brown and Cannon hold down the starting tackle spots as the team develops longer-term options.

New England might feel that they have a starter in 2020 sixth-round pick Justin Herron or could dip into a very deep group of offensive tackles in the 2021 NFL Draft, a position they scout well.

Although the roster shuffling is worth monitoring moving forward, the story, for now, is that Brown is back.