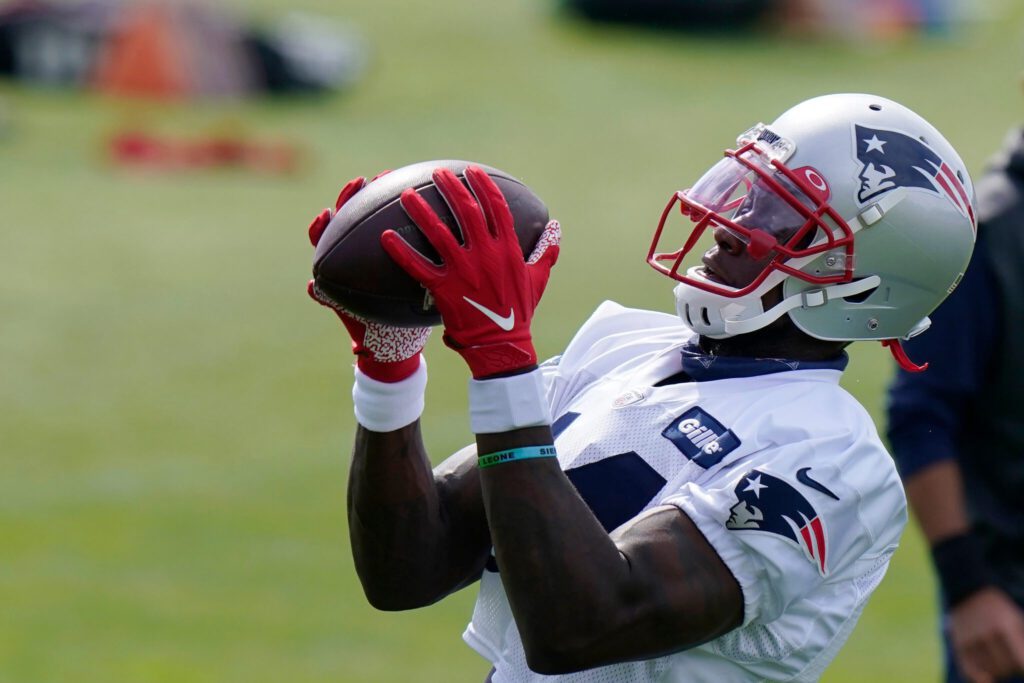 The Patriots are releasing veteran wide receiver Mohamed Sanu after the 31-year-old struggled to create separation throughout training camp, according to NFL Network’s Ian Rapoport.

For those that followed our camp coverage, Sanu’s release is not a major surprise. However, it’s surprising Bill Belichick couldn’t move Sanu to recoup some of the loss from trade gone awry.

The Pats traded a second-round pick for Sanu at the 2019 trade deadline, who had the worst expected points added per target figure on the team down the stretch then didn’t make the roster this summer. It’s fair to say that Belichick would like to this one back, but now he walks away instead.

In my initial 53-man roster projection coming on Thursday, Sanu was dubbed the wild card of New England’s wide receiver group. After sticking to a strict training regiment all offseason, the expectation was that Sanu was in outstanding shape. However, it became clear that he wasn’t running by anyone and struggled to get open down the field or at the top of his routes. He lacked the juice, as they say, and was only targeted on shorter throws from the slot underneath the defense on things like speed outs.

The move also means that the Patriots will likely turn to a younger group of wideouts to play when there are three or more receivers on the field. Training camp standout Gunner Olszewski (23), free-agent addition Damiere Byrd (27), 2019 UDFA Jakobi Meyers (23), second-year pro Devin Ross, and undrafted rookie Jeff Thomas are five players fighting for three or four spots. The depth there made Sanu expendable.

Sanu’s release indicates a trend forming this summer of the Patriots hunting for speed at the receiver position, which means that Byrd and Olszewski were likely on the team already.

As for who will now make the roster with Sanu’s departure, my current favorite would be Thomas, sticking with the speed theme, which was also the case when previously selecting Ross to make the team over Meyers. The following six wide receivers will make the initial roster based on my view: Julian Edelman, N’Keal Harry, Gunner Olszewski, Damiere Byrd, Devin Ross, and Jeff Thomas.

The Patriots could also feature 2019 first-round pick N’Keal Harry in the slot more this season. My sense is that they’d like to do that more this year after Harry had success playing inside in his final season at Arizona State. Using Harry as a big slot would allow the 6-foot-3 receiver to find favorable matchups on linebackers and safeties while also facing less press coverage.

New England frees up $5.75 million in cap space by releasing Sanu, giving them $37.1 million in total space, according to cap wiz Miguel Benzan (aka @PatsCap). The Patriots could use the extra money to sign free-agent running back Leonard Fournette, who the team has been in contact with, per a source.

My updated 53-man roster projection will be live on Thursday morning with plenty of more Patriots roster nuggets.