Lazar: How Will the Patriots Replace Kyle Van Noy and Jamie Collins? 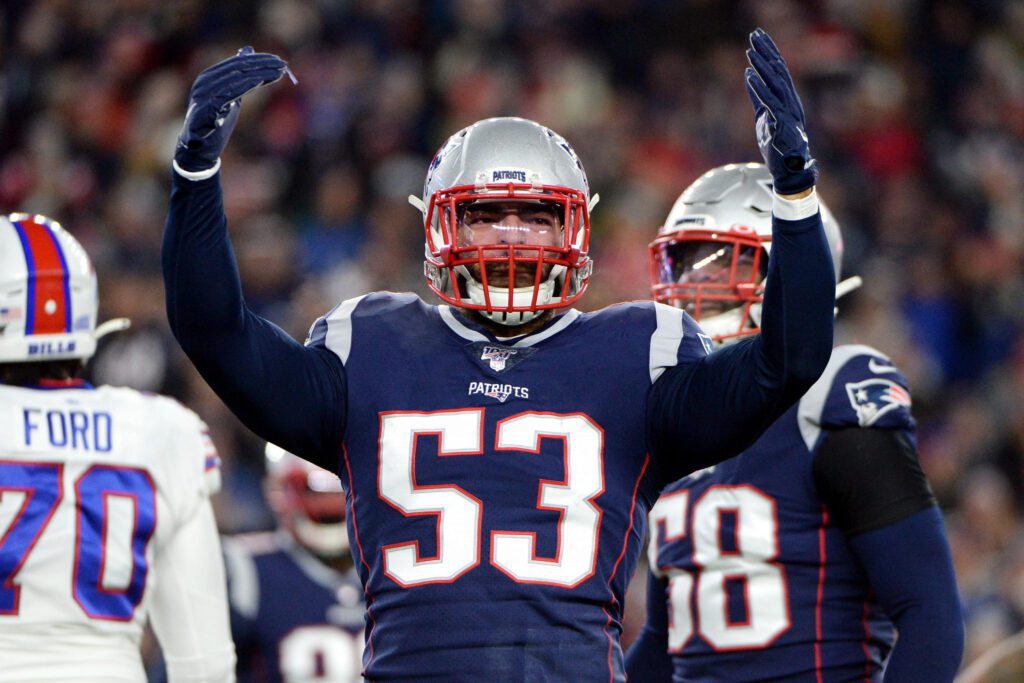 In the span of a few hours, the Patriots lost two members of their linebacking core as Kyle Van Noy (four-year deal with Dolphins) and Jamie Collins (three-year deal with Lions) are on the move.

Van Noy started his NFL career as an inside linebacker, but the Patriots moved him to outside linebacker this past season on 89 percent of his snaps.

With the role change, Van Noy set career-highs in sacks (6.5), quarterback pressures (60), and PFF grade (84.2), ranking 16th at his position, flourishing as a hybrid edge defender.

Along with his on-field contributions, Van Noy became a leader in the Patriots’ locker room with his infectious personality while defending his teammates publicly to doubters in the media.

And head coach Bill Belichick praised Van Noy for his instincts and knowledge of the scheme.

In his four seasons in New England, Van Noy made excellent contributions to the team on and off the field, and it will take some adjusting to replace him next season.

As for Collins, the Patriots brought him back for a second stint on a veterans minimum contract and got six games of elite play to start the season. His play dipped down the stretch, but the reunion was an overall success.

The Patriots will likely receive two third-round compensatory selection in the 2021 draft from Van Noy and Collins’s departure, and already have their replacements on the roster, a Bill Belichick special.

The comp picks won’t help New England in 2020, but they did make a preemptive draft choice a year ago in second-year linebacker Chase Winovich, who will likely see an uptick in snaps next season in Van Noy’s role.

Along with Winovich, the Patriots have veteran John Simon under contract, who often manned the edge opposite Van Noy on early downs with Winovich substituting on passing plays.

As for Collins, the Patriots expect significant contributions from third-year linebacker Ja’Whaun Bentley, and the draft offers another avenue to rebuild the depth chart.

Edge defender and off-ball linebacker become potential needs, and we should all expect to see Wisconsin linebacker Zach Baun mocked to the Pats often, whose game resembles Van Noy’s quite a bit.

#LSU LB Patrick Queen’s film is so much fun to watch. He’s special with being able to diagnose plays by following pulling blockers, which take him to ball locations.

This is a 1st-round LB. pic.twitter.com/SH8lcqdtGa

At inside linebacker, expect some buzz for LSU linebacker Patrick Queen in the first-round to New England. Queen is extremely instinctive and tested as a first-round prospect at the combine.

The Patriots lost two linebackers for a total contract value of $81 million on Monday. Although both Van Noy and Collins were talented, they’re admittedly replaceable in the New England defense.