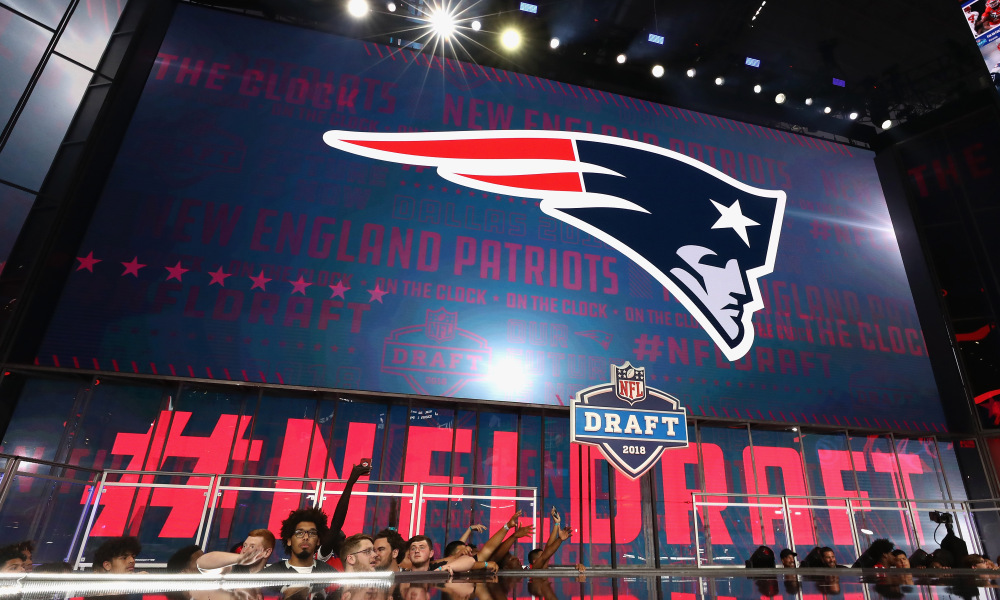 ARLINGTON, TX - APRIL 26: The New England Patriots logo is seen on a video board during the first round of the 2018 NFL Draft at AT&T Stadium on April 26, 2018 in Arlington, Texas. (Photo by Ronald Martinez/Getty Images)
Share
Facebook Twitter Email

For the third consecutive season, here’s a google spreadsheet with scouting reports and Twitter threads on the 2021 draft class.

As always, the prospects at the top of my priority list will be players in the Patriots’ range (no. 15 overall) and display traits that fit New England’s system.

In other words, you won’t see a scouting report on Clemson quarterback Trevor Lawrence because he will be the number one overall pick in the draft.