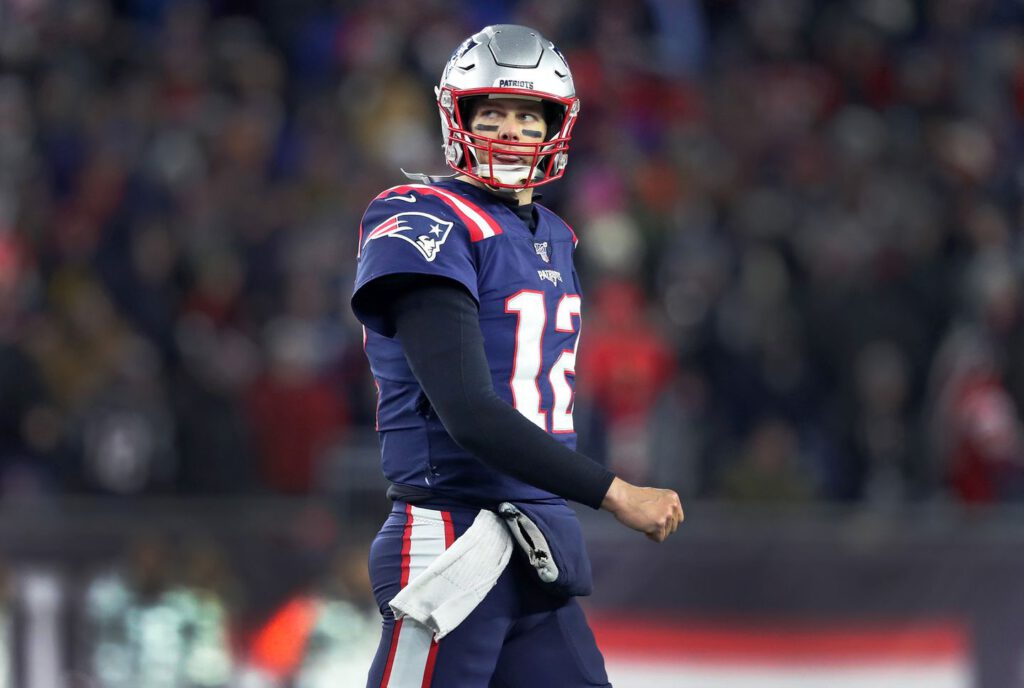 The important thing is to separate the hyperbole from what’s really going on with the GOAT, which is not much because of a few factors.

As the Boston Herald’s Karen Guregian first reported, the Patriots still haven’t reached out to Brady despite reports that they were going to speak with his representatives at the combine.

The situation looks bleak right now, but ongoing labor negotiations between the owners and the NFLPA have the entire league in a holding pattern less than a month before free agency.

Without a set salary cap, agents are stuck with big-picture discussions rather than contract parameters as the only information they’re receiving on their clients until the new CBA is in place.

In other words, there’s a lot of, “yes, we want him back, but let’s talk when the CBA is done” going on with all impending free agents, not just Brady.

Before we jump off a cliff or make grand proclamations about Brady’s future, let’s wait it out, because that’s exactly what the Patriots and Brady are doing at this stage.

The Patriots also had very preliminary discussions with some of their non-Brady free agents in the last few days that we’ll get to in detail below.

On that note, let’s empty the notebook from day three in Indianapolis:

Based on conversations this week, it’s very unlikely that the Patriots will be able to retain their starting left guard, who could demand upwards of $15 million per year on the open market.

Thuney was the third-most valuable player on the New England offense a year ago, behind only Brady and Julian Edelman, according to Pro Football Focus’s wins above replacement metric.

The Pats left guard is one of the most consistent players in the NFL, playing 99.4 percent of snaps in his four-year career, and has allowed one sack in pass protection in the last two seasons.

The Patriots will get a chance to match Thuney’s best offer at the end of the process, but he’ll likely price himself out of New England’s range very quickly once free agency begins.

2. Mutual Interest Between the Patriots and Devin McCourty

As others on the beat reported as well, there’s mutual interest between the Patriots and safety Devin McCourty to orchestrate a return for one of the key cogs in Dynasty 2.0.

An extension could come together quickly for McCourty and the Patriots after the new CBA is ratified, but if it doesn’t, and McCourty hits free agency, he’ll have plenty of suitors.

One of those potential suitors is former Pats assistant Joe Judge and the New York Giants, who would like to add McCourty as a veteran leader and playmaker on their defense, which is sorely lacking in both categories.

McCourty is expected to command roughly $10 million per year on the open market.

Although it’s difficult to gauge his market, at least two execs that I spoke with believe that Karras will start somewhere next season, which probably means he’ll move on from the Patriots.

The Pats center filled in admirably for captain David Andrews in 2019, is near the top of the free-agent center food chain, and has the versatility to back up both guard spots as well.

In terms of a contract, the estimation from my source was roughly $6 million per year for Karras, but with the rising cap and a competitive market, it could bump him up a notch or two.

One team that could be in on Karras is old friend Brian Flores and the Miami Dolphins, who are focused on rebuilding their offensive line to protect their next franchise quarterback.

4. A.J. Epenesa Has Football in His Blood

Back to the draftees, I spent a few minutes at Iowa defensive end A.J. Epenesa’s podium this morning, and the soon-to-be first-round pick was impressive.

Iowa’s AJ Epenesa says his father, who coached him growing up, began working with him on pass rush moves at age 9. Makes sense that he’s so advanced in that regard. #NFLCombine pic.twitter.com/rJVkpf0FXO

Epenesa, who has terrifically violent hands and excellent technique, explained that his refined two-way skills started with his father, who coached Epenesa throughout his youth football career. Epenesa said while others were trying to run around or over people, his dad was teaching him how to use his hands and shed blocks, which is now his standout trait.

AJ Epenesa's hands are stupid. His technique/strength/size combination is incredible, the reason why he should be considered the No. 2 edge defender in this class.pic.twitter.com/cqmbIdk2sZ

Although I’m not big into player comparisons, there’s a lot of Trey Flowers in Epenesa’s game. He has enough first-step quickness to get by, but he wins with intelligence and technique more than pure athleticism. His hands are like hammers, and at 6-5, 275 pounds, he has the length and sand to set a hard edge in the running game as well.

Epenesa is a perfect fit in Bill Belichick’s defense, as old friend and Iowa head coach Kirk Ferentz can attest to, but as my EDGE2, it’ll take some luck for him to fall to New England.

5. All Eyes on Quarterbacks, Wide Receivers, and Tight Ends

The combine will move inside Lucas Oil Stadium on Thursday afternoon as quarterbacks, wide receivers, and tight ends go through athletic testing and on-field drills.

Some of the stuff you’ll see over the next four days is irrelevant, but here are a few things to watch for on an important night for the Patriots given their needs at the three positions:

How much zip does Georgia’s Jake Fromm have on the ball?

As we noted earlier this week, Georgia quarterback Jake Fromm checks some critical boxes for the Patriots in terms of general makeup, big-game experience, and playing style.

However, arm strength, ball placement, and overall athleticism is a significant concern from this perspective, with Fromm grading out as one of the least accurate QBs in the class in 2019.

With that said, Fromm’s 2019 season loosely mirrors Jarrett Stidham’s final year at Auburn, where the supporting cast around him dipped, and he lost his accuracy from the year before.

On Thursday night, we’ll get to see Fromm throw up close, and velocity as well as ball placement, granted against air, will be something to study.

There’s a lot to like about Kmet, who weighed in at 262 pounds earlier this week, checking off the necessary height (6-5) and weight boxes to be an early-round Patriots pick at tight end.

Kmet has a smooth acceleration about him on vertical routes with a good initial burst off the line, but he’s a little stiff when he’s asked to cut horizontally and doesn’t appear to have great long speed. He’ll take part in all the athletic testing tonight, so we’ll see how well he moves.

Although he needs to improve his blocking technique, Kmet has the all-around in-line game that makes him a very intriguing prospect for the Patriots in the first two days of the draft.

How many wide receivers will have final grades in rounds 1-3?

There’s a wave of players that I pegged as fourth-rounders that could move up if they blow the athletic testing out of the water, so we’ll have a better feel for the board after tonight.

With insane depth in this wide receiver class, there will be some wideouts that slip through the cracks and make it to day three, which would be great value for a team like the Patriots.

After media day with the defensive linemen and linebackers on Thursday, here’s an updated list of all the players that had some contact with the Patriots in Indianapolis: