The Patriots' defense played zone coverage on 75% of their coverage snaps on Sunday. 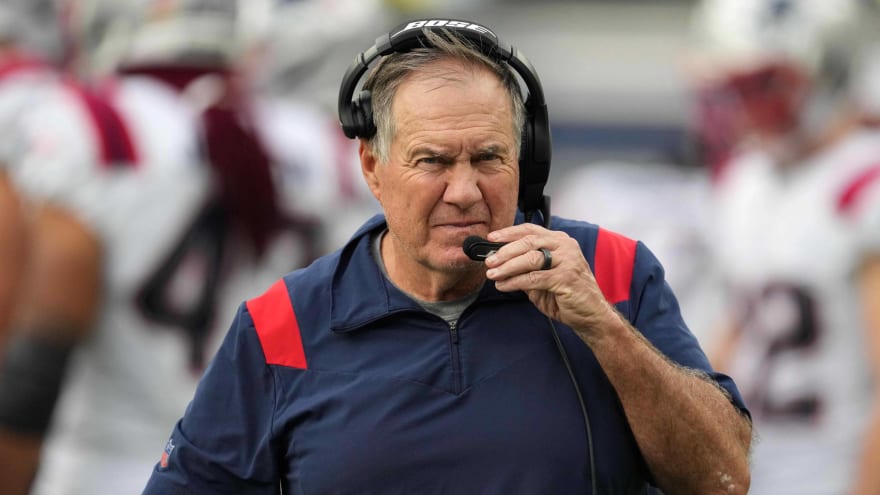 The Patriots’ evolution offensively is a juicy storyline led by rookie quarterback Mac Jones that garners most of the attention each week.

After every Patriots game, win or lose, we typically review Jones’s performance and comb through his tape throw-by-throw to evaluate how the first-rounder develops in his rookie season.

However, Bill Belichick’s defense deserves the spotlight this week after limiting a Chargers offense that came into Week 8 ninth in expected points per play and 11th in total DVOA.

There’s no doubt that the Patriots’ offense has a lot of new pieces. But, defensively, the personnel changes are as staggering after Belichick’s defense bottomed out a year ago.

As is the case with offensive coordinator Josh McDaniels, Belichick, the architect of the Pats defense, is adapting to his new personnel as the season progresses.

Belichick’s long-standing defensive system typically relies on heavy cover-one man coverage in the secondary as one of the most man-heavy defenses in the NFL over the last decade.

With star cornerback Stephon Gilmore no longer in the fold and top slot corner Jon Jones on injured reserve, the man cover talent isn’t at the same level.

Since Texans rookie Davis Mills carved up the Patriots’ man coverage schemes, Belichick has adapted, playing zone coverage on 56% of passing downs in the last three weeks. For comparison, in the first five games, they were in zone on just 38% of their defensive snaps.

In their best win of the season against the Chargers on Sunday, the Patriots played zone coverage on 76% of their coverage snaps.

“[It was] a lot of disguise. We were expecting a lot of man [coverage] but did not get a whole lot of that today. I think that is a credit to [WR] Mike Williams and [WR] Keenan Allen. Those guys are a tough matchup. We saw a lot of Cover 2. That was just one of those things that they did not show all year,” Chargers quarterback Justin Herbert said following the game.

Only played their usual cover-1 on 16.7% of passing plays on Sunday.

Herbert was correct that the Patriots didn’t play as much man coverage in Sunday’s win and called cover-two schemes on 21.7% of their coverage snaps, but cover-three zone was their most-used coverage scheme in the game (46.7%).

Let’s get into the coverage and rush plan that allowed the Patriots to effectively shut down the Chargers’ dangerous passing attack with zone coverage in the secondary:

During the lead-up to Sunday’s game, Belichick spoke at length about Los Angeles’s ability to disguise and play match zones in the secondary.

Well, Belichick flipped the script on Justin Herbert by reminding Chargers head coach Brandon Staley that the Pats’ legendary coach has been using those philosophies for decades.

New England limited the Chargers to -0.08 EPA on early-down passes by taking away big plays off of play-action with cover-three zones.

Here, Los Angeles moves the pocket to take a shot against a single-high coverage with Keenan Allen on the deep-over route. But Pats cornerback J.C. Jackson makes a heads-up play to peel off his assignment on the boundary when Herbert loads up to break up the pass.

The Patriots also called a zone-match cover-three in third-and-long situations. Above, outside corners J.C. Jackson and Jalen Mills are playing match rules. When Mike Williams runs a drag route at the bottom of the screen, Jackson falls off into the deep third (and helps Adrian Phillips match the deep over). At the top, Mills’s man runs a vertical stem on the dagger/middle-read concept, so Mills plays him like it’s man coverage and uses the zone defenders between the numbers to leverage the route. After all that, Justin Herbert has to scramble and comes up short of the sticks.

As we mentioned, the Patriots also sprinkled in cover-two structures to keep the Chargers’ offense guessing. In this play, the Pats show double A-Gap “mug” pressure and then drop the linebackers off into coverage at the snap. Showing pressure gets Justin Herbert to unload the ball quickly on the leverage throw to Keenan Allen. But Myles Bryant makes a great read from his zone drop to close down the void and separate Allen from the ball.

Lastly, when the Patriots went back to cover-one man, they used a robber in the middle of the field to “cut” the crossing routes by the Chargers and force Herbert to beat them elsewhere.

On Adrian Phillips’s pick-six, Herbert wants to go to Keenan Allen out of the slot at the sticks. However, Devin McCourty is there to leverage Allen’s route with Jalen Mills playing a trail technique, and Herbert has to move off his initial read. He tries to dump it in the flat to Cook, but Cook isn’t ready for the ball, and Phillips makes the heads-up play.

New England’s coverage plan confused the Chargers’ young quarterback with disguise, a multitude of coverages, and paired nicely with the rush plan predicated on simulated pressures.

The Patriots defense pressured Herbert on 41% of his drop-backs with a rush plan consisting of three, four, and five-man rushes, only bringing the house once.

Although there were a few five-man pressures, for the most part, this was a rush three or four plan with simulated blitzers or creepers to force the Chargers’ offensive line to give the Pats’ best pass-rushers one-on-one matchups with the weak links in the O-Line.

Here, the Pats put three defenders over the left side of the line as threats to blitz, causing Los Angeles to slide its protection in that direction. At the snap, those three rushers drop off the line into coverage, but the slide is already on, leaving Christian Barmore and Matt Judon one-on-one with the right guard and right tackle. Guess who won those battles?

On Myles Bryant’s man coverage blitz out of the slot, the Pats overload the left side once again with four threats to rush the quarterback. And, again, the Chargers slid their protection in that direction, leaving Judon one-on-one with the right tackle and Bryant unblocked to the QB.

The Patriots didn’t need to bring all-out pressure to get to Herbert because they got the Chargers’ offensive line to react to the creeper blitzers near the line of scrimmage.

In many ways, New England’s efforts to slow down Los Angeles’s passing attack were as much about exploiting LA’s offensive line as it was about Herbert.

Many of the elements that the Patriots used in their game plan against the Chargers exist in every plan they use during the season and aren’t unique to this matchup.

New England loves one-cut man coverages, cover-three on early-downs to take away shot plays off play-action, and simulated pressures near the line of scrimmage to generate a pass rush.

Although it goes against Belichick’s recent tendencies, the Patriots head coach’s roots are in a cover-three scheme with the Giants in the 80s and zone-match defense with Cleveland in the 90s. Could he go back to where it all began as he morphs to this season’s personnel?

New England will always be a game-plan defense that goes with the best approach each week, so maybe a zone-heavy plan was more about the Chargers than a big-picture shift. We will see as the sample size grows.

But based on the Patriots’ improving execution and personnel for zone coverage schemes, it may be their best option moving forward.