Lazar’s Most Important Patriots in 2021: No. 5, Hunter Henry 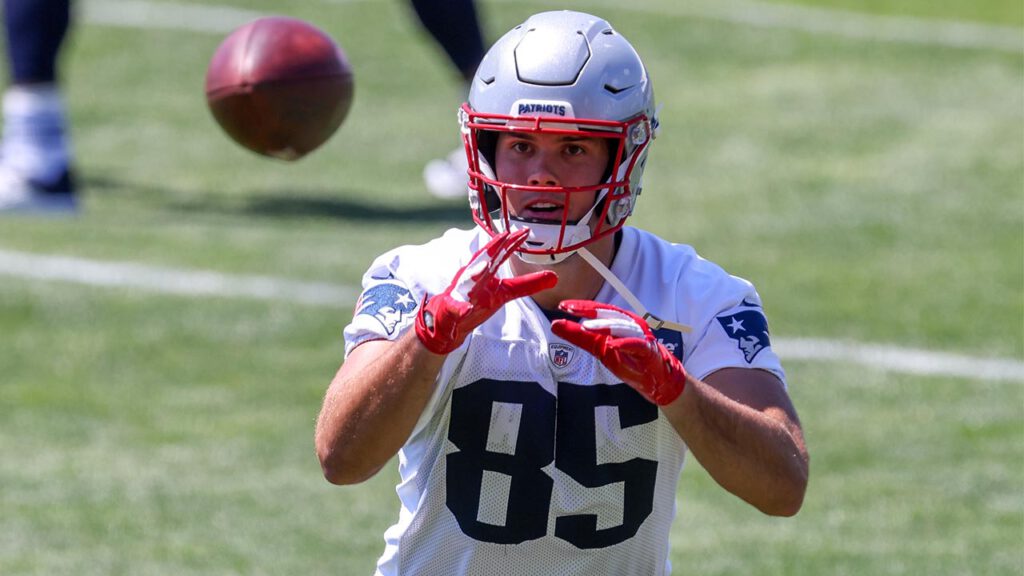 When the Patriots began rebuilding their offense this offseason, there was an emphasis on finding a receiver who could get open in high leverage situations.

Who could Cam Newton consistently rely upon to convert through the air on obvious passing downs? Jakobi Meyers, perhaps, but outside of Meyers, the cupboard was bare.

As a result, the Patriots ranked 27th in expected points added on third down and were dead-last in red zone success rate on passes inside the opponent’s 20-yard line last season.

When Newton and the Pats offense needed to have it through the air, and Josh McDaniels’s smoke and mirrors evaporated to our guys against your guys, New England ran out of options.

With that in mind, one could make the case that free-agent addition Hunter Henry should be even higher on the list of most important Patriots for the 2021 season.

Still, a top-five finish for Henry, who hasn’t even suited up for New England yet, speaks to his value as a possession receiver who can defeat man coverage and move the chains.

In his final two seasons with the Chargers, Henry’s 93.4 passer rating when targeted against man coverage puts him comfortably ahead of every Patriots receiver in that span.

Whether it’s Newton or Mac Jones under center, Henry gives New England’s quarterbacks a precise route-runner who can move around the formation to hunt matchups.

For example, Henry is aligned as the X receiver on the backside of the formation above, giving the tight end a one-on-one matchup with Raiders defensive back Keisian Nixon. Henry widens on his release with a quick stretch-and-stutter move to get Nixon on his outside hip, then bullies Nixon through the contact window and gets himself open for six.

The new Pats tight end is also difficult to cover in the middle of the field, especially when the offense gets him matched up on linebacker. The Chargers spread out Vegas’s defense on the third-down play above to get Henry a favorable matchup inside. Henry gets up on the linebacker and breaks off the leverage at the sticks to move the chains.

As Patriots head coach Bill Belichick broke down before the Pats played the Chargers last season, Henry does multiple things well as a receiver and blocker in the running game.

“Henry continues to be a complete and very, very good football player,” Belichick said. “He runs a variety of routes. He’s come back off the injury and has been a very, very productive player for them. He’s done a good job for them in the running game as well as the passing game.”

Since the end of the Rob Gronkowski era and Julian Edelman’s injury-induced retirement, the Patriots are searching for a receiver who could win a one-on-one battle.

Although we still need to see it come to fruition with Henry, on paper, the tight end gives New England a reliable pass-catcher in those “gotta have it” situations that often decide games.

Now, the onus is on offensive coordinator Josh McDaniels, along with quarterback and tight end, to build chemistry and a passing offense around Henry and fellow free-agent addition Jonnu Smith.