Lazar’s Most Important Patriots in 2021: No. 9, Michael Onwenu 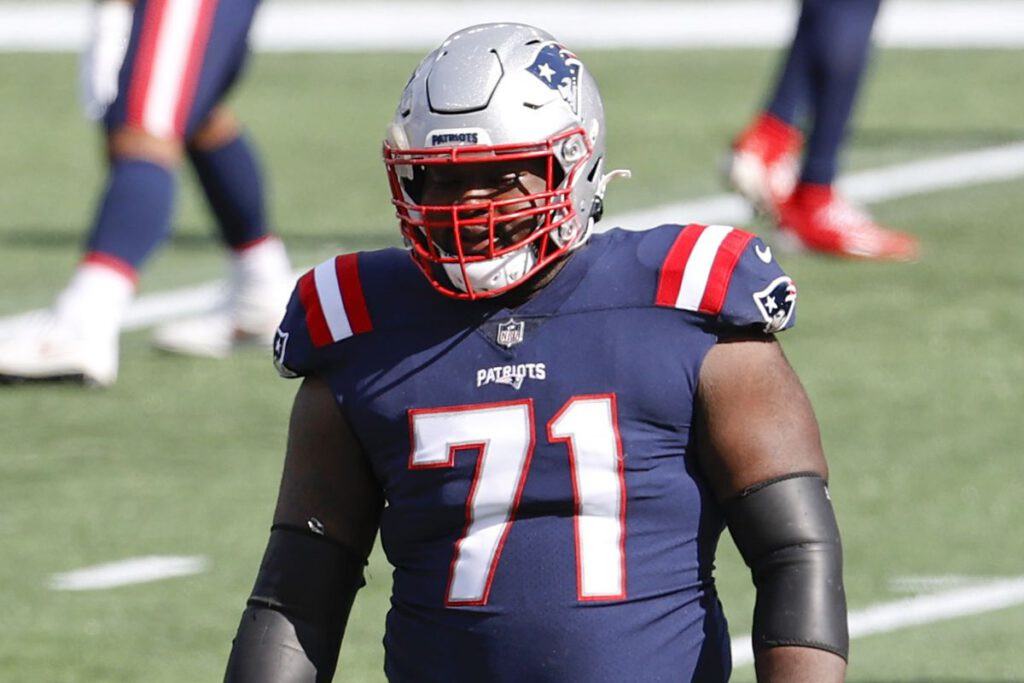 Earning his first appearance on our most important Patriots list, second-year offensive lineman Michael Onwenu is one of Bill Belichick’s best draft picks of late.

Onwenu started games at three different spots along the offensive line in his rookie season, earning a Pro Football Focus grade of 79.0 or higher at right tackle and both guard positions.

With Joe Thuney’s departure, Onwenu is expected to find a permanent home at left guard, but his versatility to play tackle is a significant reason he made our list.

Left tackle Isaiah Wynn’s durability issues remain a concern, and on the other side, Trent Brown missed 16 games over the last two seasons with the Raiders.

If either Wynn or Brown misses time, the Patriots have an excellent contingency plan thanks to Onwenu’s ability to play right tackle at a high level. The Pats can then plug in veteran Ted Karras on the interior and still have five starting-caliber linemen.

Despite not logging a snap at tackle in his four years at Michigan, Onwenu ranked tenth out of 39 qualifying right tackles in PFF grade as a rookie (79.2).

Pro Football Focus loved Onwenu’s rookie season so much that he earned a spot on their All-Rookie team, calling him one of the biggest steals of the 2020 draft as a sixth-round pick.

Along with his versatility, Onwenu’s power at the point of attack as a run blocker makes him a natural on the interior of New England’s offensive line, where he should flourish at left guard.

Michael Onwenu is going to excel even more at left guard. #Patriots pic.twitter.com/cOKug34G4j

Here’s an example of why Onwenu received the sixth-best run-blocking grade on gap runs last season. The Pats’ guard helps spring Rex Burkhead for an 18-yard gain as the puller on a power scheme, knocking down Chiefs linebacker Damien Wilson.

Michael Onwenu makes this shit look so easy, even at 340 pounds. #Patriots pic.twitter.com/HMhmJ21WLe

Even at 340 pounds, Onwenu has excellent foot speed for his size and timing up the second level, which was on display on this toss play where he connects with a moving linebacker to lead the way for Damien Harris.

Really liked the Onwenu pick back in April but he's doing things that are really surprising us all. Look at him move his feet/change direction to pick up the looper on the stunt. The draft narratives gave him no shot at moving this well. #Patriots pic.twitter.com/PE4ucc7WQI

(playing left guard in the clip above)

One also might expect Onwenu to have issues with mirroring pass-rushers in pass protection due to his size, but he only allowed 11 quarterback pressures on 486 pass-blocking snaps in 2020.

As the Patriots continue to establish themselves as a smash-mouth team, Onwenu’s immense size and power represent the brand of football they’d like to play offensively.

Onwenu and starting right guard, Shaq Mason, give the Patriots a fierce guard tandem to set the tone for New England’s rushing attack, which is a significant part of their offense.

Few coaching staffs value versatility as much as the Patriots, and Onwenu will offer Bill Belichick starting-caliber offensive line play wherever he lines up on the line of scrimmage.