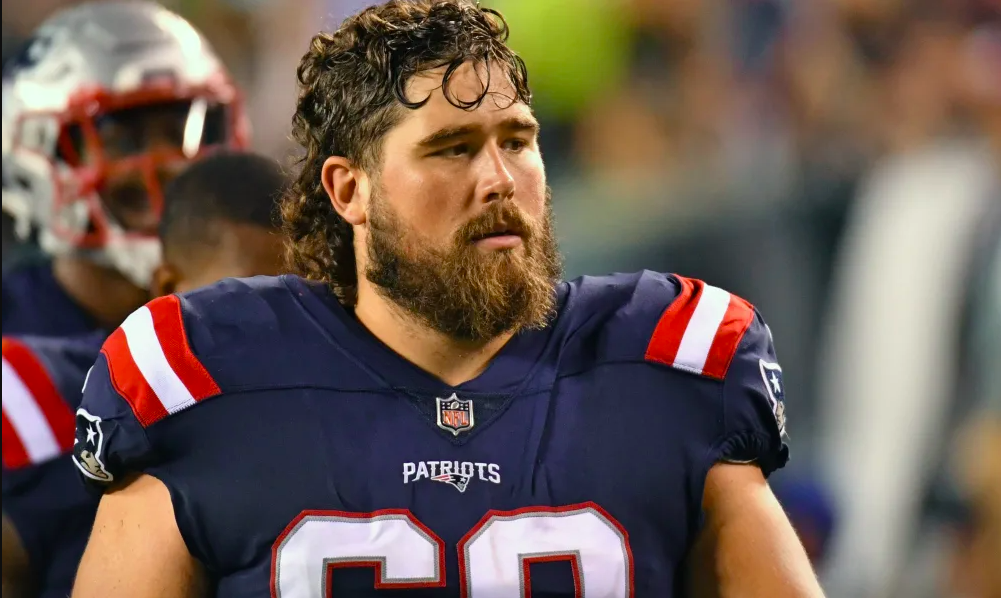 As a team captain and tone-setter, veteran center David Andrews is also one of the league’s top centers ranking fifth among players at his position in Pro Football Focus’s grading last season.

The 29-year-old linchpin of New England’s offensive line posted the second-best grade in his career last season, 79.6, ranking in the top six among centers in both pass-blocking and run-blocking grades.

As most centers do, Andrews is a key cog in orchestrating New England’s offensive line. Although that responsibility also falls on quarterback Mac Jones, Andrews aids Jones in setting MIKE points and sniffing out exotic pressure schemes, making life easier on the Pats’ QB.

As a blocker, Andrews is a very athletic center. He can easily reach blocks on the line of scrimmage, get out in front of screen passes, climb to the second level, and pick up looping pass-rushers on stunt schemes.

With steady veteran backup Ted Karras now a Cincinnati Bengal, the depth behind Andrews isn’t as reliable as years past, making his presence along the offensive line even more vital.

Plus, the Patriots are starting two new guards in rookie left guard Cole Strange and right guard Michael Onwenu, relying on Andrews’ presence in the middle to settle things down.

New England benefits greatly from both Andrews’s talents as a blocker and leadership as one of the more vocal leaders the Patriots have in their locker room.