Lazar’s Patriots 53-Man Roster Projection 1.0: How Will the Pats Whittle Down Deep Roster? 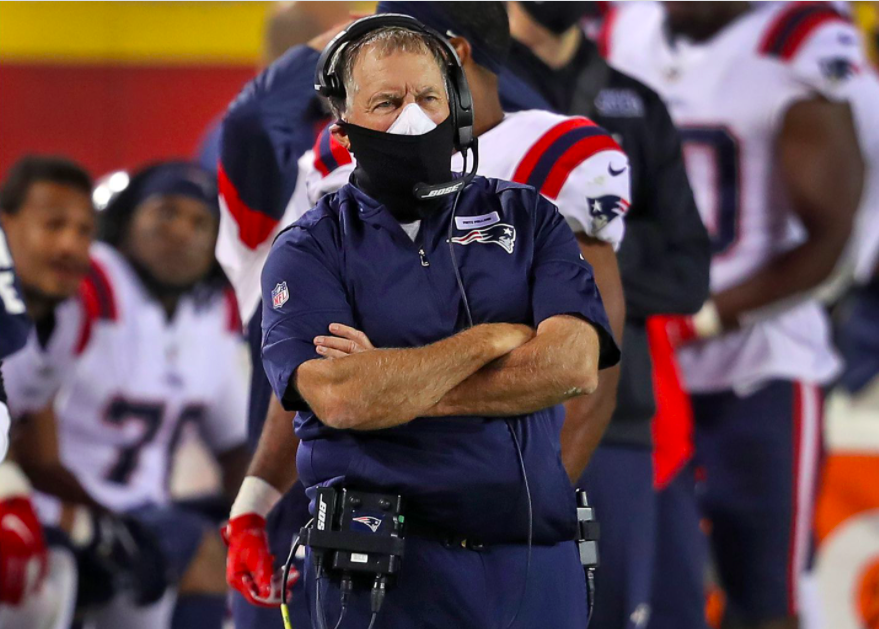 The Patriots currently have 85 players on their active roster in one of the most competitive training camps for New England in recent memory.

Following an “uncharacteristically aggressive” offseason, including a free-agent spending spree and a first-round quarterback selection, my view on the roster sees 39 roster locks.

Along with those 38 locks are eight virtual locks, or players I see making the roster unless they’re traded, or an unforeseen circumstance occurs such as poor performance in camp puts them on the outside looking in.

Doing some simple math, the Pats have roughly ten roster spots up for grabs this summer.

Although a mid-May projection won’t produce the exact 53-man roster come September, let’s use this exercise as a way to discuss some of the decisions the Patriots will need to make.

Here’s my initial stab at a 53-man roster projection for the Pats following an active offseason:

For now, Newton is the starting quarterback. Hopefully, the Patriots solved their long-term quarterback void by selecting Alabama’s Mac Jones in the first round, but the team still views Stidham as an ascending developmental player. Still, if Jones out-plays Stidham in camp, shopping the 2019 fourth-round pick in August remains an option. The Pats could look to a similar situation when they dealt Jacoby Brissett for wide receiver Phillip Dorsett back in September of 2017. That trade worked out for both sides as the Pats got a receiver that could contribute immediately, and Indianapolis got some much-needed quarterback depth. Stidham, who is looking like QB3 in Foxboro, could be on the move.

There are no major surprises here yet, as it’s too difficult to presume that the Patriots will be ready to move on from Michel until we see Stevenson in camp. If the rookie is ready to contribute in year one, Michel could become a trade chip. Belichick loves having depth at running back, though, and Brandon Bolden will mostly play on special teams. After selecting an early-down back instead of a receiving threat, it’s looking like the Patriots are high on 2020 UDFA J.J. Taylor, who running backs coach Ivan Fears compared to former Pats running back Dion Lewis. Taylor will factor in as a change of pace option with plenty of juice, receiving skills, and potentially kick return ability. For a team built to run the ball, the Pats keep their depth at running back.

After adding Henry and Smith in free agency, it’s difficult to envision how the Patriots will keep both of their tight ends from the 2020 rookie class without injuries in camp. In theory, Keene has more versatility than Asiasi, so he could present more value in that sense. Asiasi might also have more trade value if the Pats look to move one of their second-year tight ends since he was better as a rookie. Without the luxury of a crystal ball, Asiasi gets the nod over Keene because he was far better in his rookie season. Keene looked lost and overwhelmed by what the Patriots asked of him as a more conventional tight end rather than his college role at H-Back. It wouldn’t surprise me if Keene trys out this summer at fullback, but the depth is good there too. Due to their approach in free agency, there’s likely going to be some sunken cost with their 2020 third-rounders.

The first three names on the list are locks, while Harry falls under the virtual lock category as a potential trade candidate. If Harry is dealt, I could easily see rookie Tre Nixon, who brings good vertical speed and release technique at the line, making the team. Nixon was a tough cut, but he’s a top candidate to stick around on the practice squad until we know Harry’s situation. The Pats already invested in Agholor and Bourne as free agents, so unless a huge trade comes available for a top receiver, the numbers game and likelihood that the Patriots will run mostly two tight end sets makes an addition at wide receiver less likely.

The first five names are ordered of New England’s projected starting five to line up if all goes to plan (from left to right). Onwenu’s value as both a starting-caliber guard and tackle gives the Patriots flexibility to carry only seven linemen, with Karras (interior) and Herron (tackle) as top backups as well. If a roster spot frees up, sixth-round pick Will Sherman had solid tape at Colorado and will be on an NFL roster somewhere. For now, the Pats use Onwenu’s flexibility to play multiple positions as a way to save a roster spot.

The competition here comes down to Adams versus Cowart and Davis. Adams and Cowart are similar players, as both have good first-step explosiveness to jump into gaps or split blocks on the line of scrimmage. Plus, both were highly-touted High School recruits. Cowart’s familiarity with the system could give him an edge, but I think the Patriots see something in Adams they like as a former top 100 pick by the Packers. Adams has a little more height and girth than Cowart, so he could offer a more consistent option against the run. Whoever wins the competition isn’t expected to play significant snaps with the Patriots’ additions this offseason.

There could be a path with an unforeseen injury or trade for Jennings to make the roster. It’s a tough pill to swallow moving on from a third-round pick in his second season, but Jennings looked lost, and a step slow in his rookie season. With more comfortability in the system and with the speed of the NFL game, Jennings could catch up. Still, the Patriots made moves this offseason to improve on the edge that felt like an indictment on their recent draft selections at the position. Along with Jennings, Winovich’s summer will be very interesting to monitor. The 2019 third-round pick is one of the teams’ best pass-rushers, and with Judon and Van Noy in the mix, a reduced role as a pass-rush specialist could be the best thing for Wino. The former Michigan star is bulking up this offseason to get stouter on the edge, but if he can’t round into an every-down option due to failures to play the run, the Patriots could sell high on Winovich. Out of all their trade options, he likely has the most value. Winovich could be a double-digit sack guy in a different scheme.

It feels like the roster battle at linebacker is going to come down to Bentley versus Hall. McMillan is here to play mostly on special teams, so his roster spot is different from those two. Hall is a more explosive player with the movement skills to develop a little better in coverage, but the Patriots love their thumpers. Plus, Bentley has the experience and leadership qualities that they like at the position. It’s hard to envision them moving on from Bentley, who is limited athletically but plays their brand of football.

The depth chart looks thin at cornerback, but the Patriots have a “we are all DBs” mentality in the secondary. In other words, safeties Jalen Mills, Myles Bryant, and even Devin McCourty can guard receivers and tight ends in man coverage like cornerbacks. Even if the plan is to extend Gilmore and/or Jackson, trading a player from another position for a veteran corner with starting experience is an option worth exploring. It’s a make-or-break year for 2019 second-rounder Joeuan Williams, who can elevate himself to CB3 status on the outside with a strong summer. D’Angelo Ross has an outside shot at making the roster as well.

One of my favorite position groups on the roster; it’ll be fun to see how Bill Belichick deploys his safeties this season. Will Kyle Dugger continue to develop in the Chung mold, or will Belichick let him roam, so he’s around the ball more often? What’s the plan with Jalen Mills? He was a bit of a surprise free-agent signing and struggled mightily as an outside corner in Philly, so the plan must be to keep him inside as a box safety/nickel type. Can Myles Bryant continue to build on an impressive rookie season? Despite his size, he could develop into a real find for New England. Bledsoe can play, so maybe he takes a redshirt year on injured reserve. Another team will scoop up the rookie if the Pats release him, so expect them to find a way to stash him.

The coaching staff has a tremendous amount of respect for both King and Davis, and we know how much Belichick loves his special teams guys. However, this roster is jam-packed with NFL talent on offense and defense, so there aren’t as many spots this year for the kick-coverage guys. The two All-Pros make the cut, while Bolden and McMillan will be major factors on special teams as well. The Pats would need to eat some dead cap if they release Cody Davis, so he’ll probably make the team, but it’s difficult to find a spot for him right now without injuries and trades.

The incumbents make the roster with no competition for Bailey and Cardon for obvious reasons. Bailey is coming off an All-Pro season and is arguably the best punter in football. Folk was also great a year ago and will hang onto the job for one more season. It should be easy enough to stash Aguayo and Nordin on the practice squad as developmental options that could factor into the long-term plan at kicker.